In a traditionally female-centric child-rearing culture, the role of the father is changing

"For the past nine months, I’ve been preoccupied. It’s as if I was the one giving birth,” says Arslan as he looks down on his newborn son Damir, who came into the world just three hours earlier at the busiest and largest mother and child health centre in Turkmenistan’s capital Ashgabat. Arslan’s eyes are transfixed on the sight of his new son as he goes through a range of emotions – the strongest of all being a combination of the burst of pride and the wave of relief washing over him. “Now I feel calm and relaxed,” he says.

Arslan, a landscape gardener by trade, lives with his wife Alina and their six-year-old daughter in Ashagabat, Turkmenistan. As well as being at peace now that his newborn was safely delivered and in good health, Arslan is already set in how he will raise his son. “I love taking care of babies. I love taking part. When fathers are involved, the child will grow up in a full family, and contribute to their children’s development. In a full family, that’s when you see a child’s potential. It’s important to be spiritual. Being a father is in our nature,” he says.

Arslan isn’t the only one watching in awe over their newborn child. The hospital delivers on average 50 babies a day, or 7,000 a year. But despite the vast amount of children being born on a daily basis, the hospital and its staff have managed to uphold a level of tranquillity that makes it stand out from other maternity wards. It’s naturally clinical appearance is exacerbated by the immaculately clear halls, and nurses’ white shirt and trouser combination topped with a traditional white head scarf. The nurses work a government-norm six shifts a week, each one lasting 12 hours.

“Fathers are allowed into the delivery room, but very few go there,” explains one of the nurses. “The mother, sister or mother-in-law of the women delivering will be the delivery partner, while the father waits in the waiting area,” she says. The fathers congregate in an area outside the elevators on every floor – usually surrounded by other mostly female family members – waiting in anticipation for their moment to be called through by the nurses and told to dress head-to-toe in protective clothing. Firstly they are dressed in a hair net, then their shoes are covered, a mask is put over their mouths, and lastly they are wrapped up in a full length gown that ties at the back. All the while, knowing their newborn baby – usually just minutes old at this point – is waiting in a room on either side of the long, sparse corridor, ready to be held for the first time by their father.

Arslan was taken through this process just twenty minutes after his son was born. He laughs as he ponders how their daughter will react to the new addition to their family. “She will come to visit Damir tomorrow,” he says before reminiscing. “When Alina’s sister had her second child, her first got so jealous she hid the baby under the sofa,” he continues to laugh. If all is well, mothers and their newborns stay in the hospital for around two to three days after delivery before returning home. Just enough time for the fathers to get everything set up for a very unique celebration. Mothers and grandmothers have always taken near sole responsibility for raising children in Turkmenistan. But in recent years, this female-centric culture around child rearing has led a once small-time tradition whereby fathers ‘bring the baby home’, to grow rapidly into a vibrant ritual – all about fathers and their newborns.

One father, Eziz, is all prepared and ready to start the ritual. He arrives at the hospital with his close and extended family and friends. Dressed in the obligatory dark suit and white shirt, his hair is slicked back as he drives into the hospital carpark in a car covered in decorations, toys, banners and balloons. He rushes upstairs and waits with flowers as the nurses dress his baby in white silk blankets. “I’m so proud to be a father for the second time. He’s my second son,” Eziz says. “I haven’t slept for two weeks, I was so nervous. Now the baby has arrived we can celebrate and relax. This celebration is the father’s role. It creates memories that you can look back on in years to come.”

In addition to dressing himself in his smartest attire, Eziz has also had his car dressed – making it the most flamboyant of sights. Car decorations – and the whole newborn ritual – is a big business in Turkmenistan. There are warehouses across the city where skilled workers will cover the car from wheels to roof in balloons, toys, banners, stickers and everything in between. Characters including Eor, Superman, Barbie, Mickey Mouse are all placed carefully on the doors, windows, bonnets and trunks.

As the father, and mother – who is also dressed beautifully from head-to-toe – wait for the baby to be given the final touches of silk, lace and wool, their friends and family, a man dressed as Mickey Mouse, photographers and videographers assemble themselves. The father is then passed their newborn by the nurse and he carries them with pride into the elevator and out to their lavishly decorated car.

Once outside they pose for photographers with their party of people, before passing their newborn to their mother or mother-in-law who assemble the baby in the back of the car as the father jumps into the driver’s seat.

A series of beeps and the car drives off, and the extended family members and friends follow hurriedly behind.

At their destination – usually home or a function area close to home, the second stage of the ritual begins. The father sits with his friends whilst his own mother burns incense to ward away bad spirits in every room. Now the father is indoors and eating, the newborn is once again back in the mother’s arms.

Eziz is an entrepreneur and has his own textile company. “When I come back from work I’m always anxious to see my first baby. I rush into the home and my world shines again,” says Eziz. “It’s stupid not to pay attention to children. Those fathers who are not involved didn’t get attention from their fathers, it’s a dangerous cycle. To rear a child with love and pay attention to their needs makes them more engaged in the world around them. Love is the key to bringing up children. When there isn’t love, children are brought up senseless.”

Despite both Arslan and Eziz being certain that a father should be involved from the earliest years of life, the majority of young children in Turkmenistan will not experience the same level of interaction with their fathers. In fact, only 14 per cent of young children have fathers who play with them or support them with early learning activities.

Advances in neuroscience have confirmed that the first 1,000 days of life – when the brain is forming critical neural connections at an optimal one-in-a-lifetime speed – is the most critical time for brain development. During these early moments, a child’s environment and experiences influence how the brain will grow and develop, having a direct immediate and lasting impact on their health, ability to learn and think, and happiness and wellbeing. Strong neural connections are reliant upon good nutrition, play and protection and love. UNICEF is working closing with the Government of Turkmenistan to try and change the norm of low engagement of fathers, and give all families the support and guidance they need to play an active role in their children’s development. As a result, the Minister of Health and Ministry of Education are in the process of creating new early intervention services – ranging from nationwide parenting groups to better family-friendly policies – to help give all babies in the country the best start in life.

As Father’s Day is celebrated across nearly 90 countries this month, UNICEF launches a new parenting site as part of its Early Moments Matter campaign recognizing fathers’ role in their children’s early development. UNICEF is calling for more support for fathers globally, including for policies that give parents the time and resources they need to spend quality time with their children. The online site will bring together fathers from across the world to share their parenting tips, their struggles, their needs, and their successes. It will also feature ‘mini parenting master classes’. 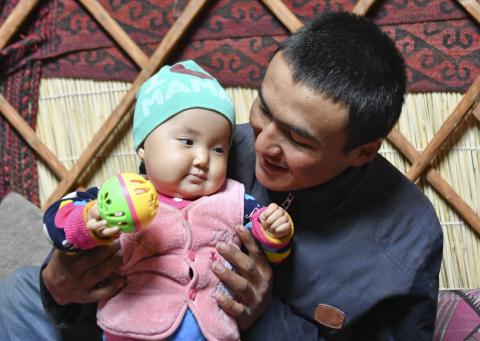 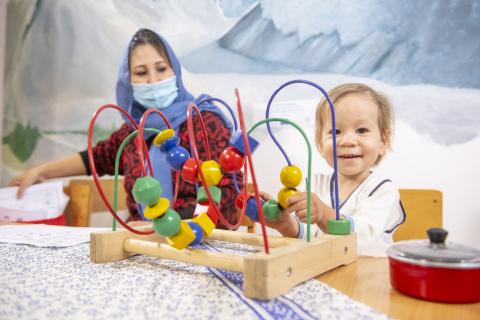 A mother and baby corner - a place of health and serenity

Support for refugee and migrant women in Serbia 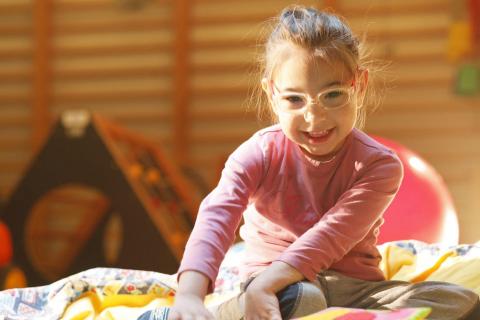 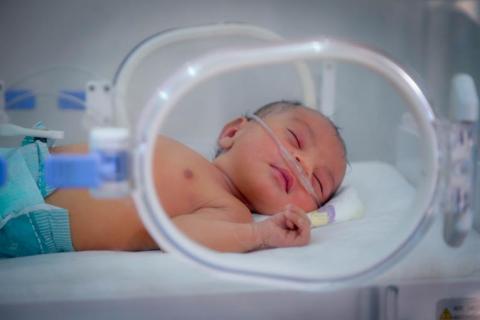