Ishmael Beah: “As long as you are alive, something good can happen.” 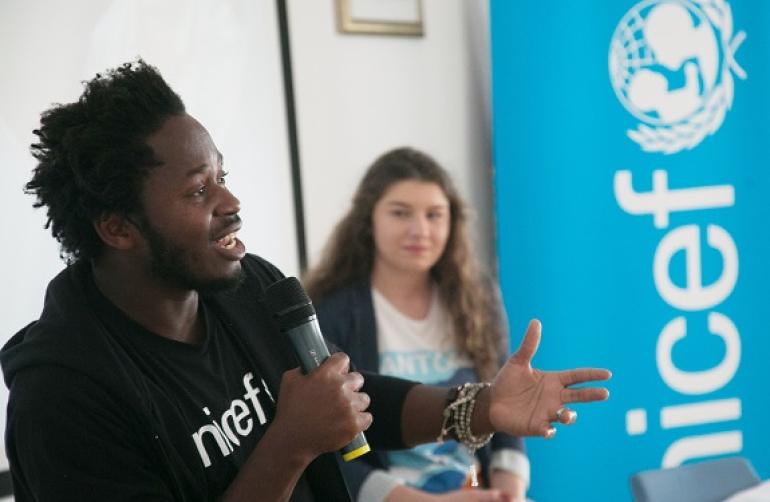 Zagreb, 30 September 2019 – Ishmael Beah, UNICEF’s Goodwill Ambassador and a bestselling author, spent some time with Zagreb’s secondary school students during a recent visit to Croatia. He related his inspiring life story. Ishmael’s personal experience as a former boy soldier was an opportunity for more than 100 students to listen to and discuss the importance of helping others, especially the most vulnerable groups, the impact of violence on the lives of others, peers, and the community at large, and the importance of respecting diversity.

The hosts, students of the 10th Grammar School “Ivan Supek”, were joined at their meeting with Ishmael Beah by the students of the Centre for Education “Slava Raškaj”, the Centre for Education and Rehabilitation “Vinko Bek”, the Carpentry School Zagreb, the School for Road Transport, the School for Nurses Vinogradska, and the 1st Technical School Tesla. During Ishmael’s inspirational speech and later in their conversation with him, the students realised that it is indeed possible to make a positive impact and that everyone can make a difference—for their own future and for the wellbeing of children. It is just as Ishmael said: “As long as you are alive, something good can happen.”

“I became UNICEF’s Goodwill Ambassador to be an example to children who have experienced similar things to me, but also to those who provide help. For me, it is a way to continue doing something I decided to dedicate my life to, and this is to do everything in my power to make sure that what happened to me does not happen to any other child in the world. It was difficult to write the memoir, but that was the only way I could give a human face to children afflicted by war and to help people understand the position of children in war and the impact of violence on them. I wanted to show that children are incredibly resilient and that they can recover from such horrors if provided with adequate care and support, just like the care and support that UNICEF provided for me. I want to be the hope and voice of these children”, Ishmael Beah said.

Ishmael, who is 38 years old today, was born in Sierra Leone. When he was 13 years old, he became a child soldier in that country devastated by war. After two years, UNICEF saved him and, after treatment in a rehabilitation centre in Freetown, Ishmael managed to fully recover. UNICEF nominated him as its Goodwill Ambassador and the first Advocate for Children Affected by War. In this role, Ishmael often participates in events and campaigns and visits various parts of the world spreading the message of optimism and hope. His books have been translated into more than 40 languages and he has also received numerous prestigious awards and recognition. 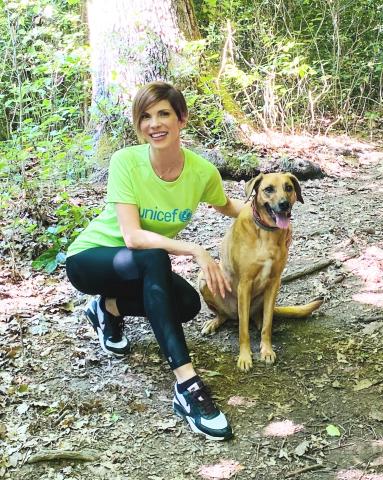 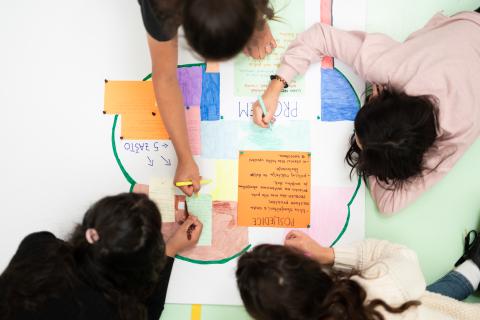 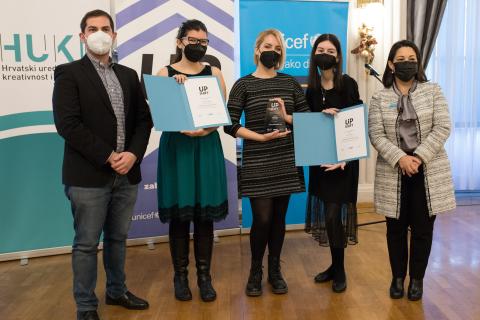 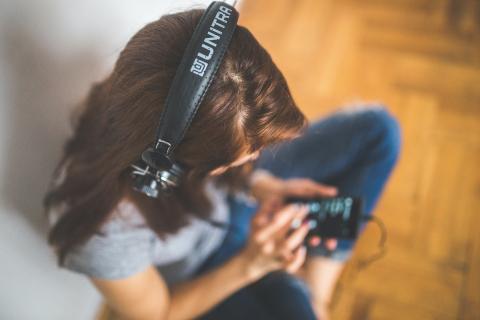 Why we need to move out of our parents’ house