“David is my miracle!”

Therapies for children with disabilities must not be interrupted

We met David and his mum, Dragojla, in Petrinja, in Mala Kuća (Small House) of the Association of Persons with Disabilities of Sisak-Moslavina County, Croatia. This Association is the only institution in this county which provides necessary therapy and support to children with disabilities and their families. When he was twenty months old, now four-year-old David started therapy in Soba Čuda (Room of Miracles) in Sisak, which is managed by the same Association, but that building was damaged in the earthquake, and currently bears a red sticker which indicates the building is unusable. Now, they go to Mala Kuća for therapy.

“When we started therapy, David did not make eye contact, and did not respond to his name. Back then, he didn’t know that I was Mum, that Dad was dad, and that Grandpa was grandpa. It was suspected that he suffered from pervasive developmental disorder. His development was delayed by around six months compared to that of his peers”, David’s mum shared with us, and added that, in the meantime, David was diagnosed with disharmonic development.

After six months of sensory and occupational therapy, David caught up with his developmental age.

“This is best proof of what these therapies mean for his development. I can’t stress enough the importance of the continuity of the therapies because every interruption means a difficult period, both for David and for us as a family. When there are no therapies, regression sets in; this means not only that our son is not progressing, or that he is stagnating, but that the achieved progress begins to deteriorate,” says Dragojla.

The family comes from a small village near Hrvatska Kostajnica, and, fortunately, their house was not damaged in the earthquake. Dragojla says that David is not afraid of earthquakes because he does not understand that they could be dangerous. In addition to the therapy in Soba Čuda, Dragojla, with the instructions and support of experts, also works alone with David:

“You can’t expect progress if the parents don’t get involved, too. You have to work with your child every day. For instance, I work with David for an hour in the morning and an hour in the afternoon or evening. We do occupational therapy and sensory work through floortime therapy, which means that everything is done through play. We also do speech exercises for about half an hour. It is also very important that we spend at least an hour in the fresh air. It doesn’t matter whether it’s warm or cold. Appropriately dressed and with suitable shoes, children must get used to different weather conditions.”

Dragojla emphasises in particular the importance of the kindergarten that David started in September 2020. This, she says, stimulated his speech development.

“David is my miracle! His mum’s miracle,” his mother proudly says, particularly happy that, in spite of the difficult circumstances in which the people of this area have found themselves in, there are no interruptions in the provision of therapy and services for children with disabilities and their families.

Ilej/UNICEF
David, during the therapy in the "Mala kuća" (Small hause) in Petrinja, Croatia.

The earthquakes which hit central Croatia at the end of December 2020 damaged not only the facilities of the Association of Persons with Disabilities of Sisak-Moslavina County, but they also additionally financially threatened the provision of badly needed services.

Recognising the high importance of the work of this Association, UNICEF will help in preserving the jobs of the expert team employed in the association, and in providing occupational therapy and sensory integration therapy. In the next 12 months, UNICEF will also finance the work of a new physiotherapist, thus introducing a novel type of therapy as part of early childhood intervention for children under eight years of age. The beneficiaries of the Association’s services are children and young people from all parts of Sisak-Moslavina County. 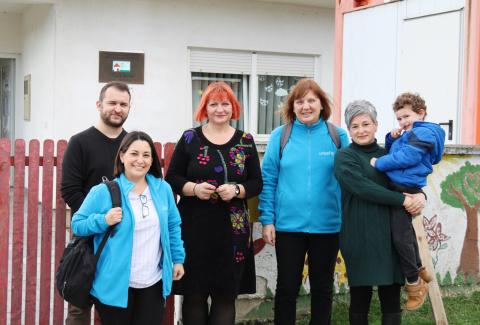 UNICEF supports the Association of persons with disabilities in Sisak-Moslavina County with more than HRK 360.000 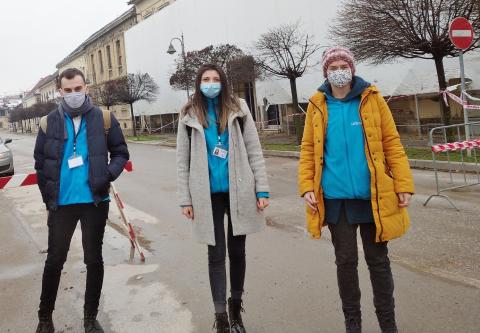 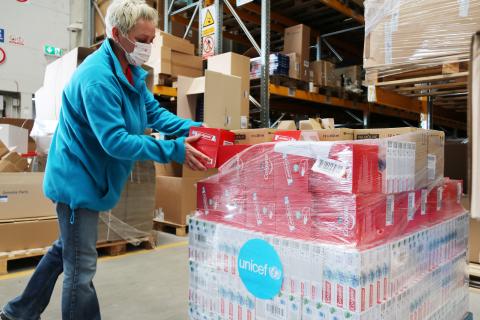 Support for vulnerable families and children from Sisak-Moslavina County 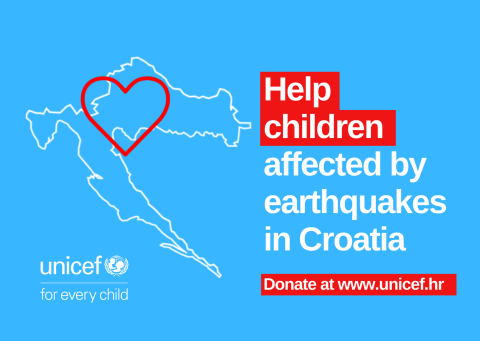