According to a first-ever report of its kind, children in Afghanistan, Bangladesh, India and Pakistan are extremely vulnerable to climate change risks such as heatwaves and floods 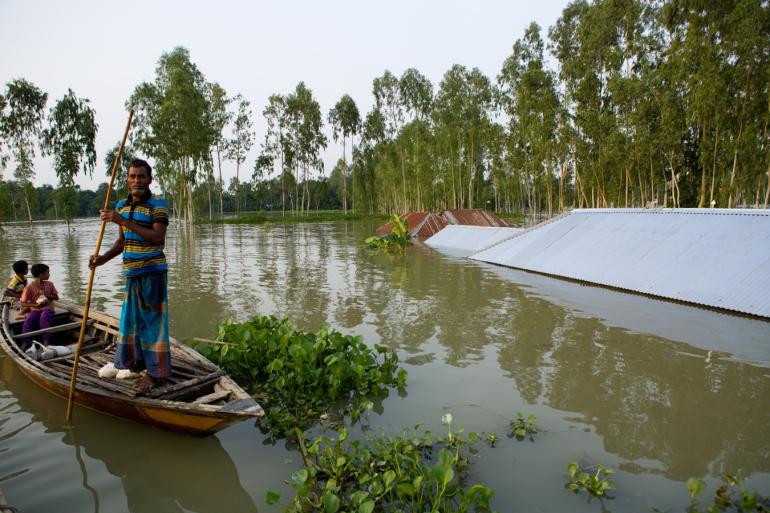 KATHMANDU/DHAKA 20 August 2021 – Young people living in Afghanistan, Bangladesh, India and Pakistan are among those most at risk of the impacts of climate change, threatening their health, education, and protection, according to a new UNICEF report launched today. In addition Nepal and Sri Lanka are among the top 65 countries most impacted globally.

‘The Climate Crisis Is a Child Rights Crisis: Introducing the Children’s Climate Risk Index’ (CCRI) is UNICEF’s first child-focused climate risk index. It ranks countries based on children’s exposure to climate and environmental shocks, such as cyclones and heatwaves, as well as their vulnerability to those shocks, based on their access to essential services.

Pakistan, Bangladesh, Afghanistan and India are among four South Asian countries where children are at extremely high risk of the impacts of the climate crisis, with a ranking of 14, 15, 15 and 26 respectively. While Nepal is ranked 51, Sri Lanka is at 61st place. Bhutan is ranked 111, with children at relatively lower risk. Approximately 1 billion children live in one of the 33 countries classified as “extremely high-risk”, including the four South Asian countries.

“For the first time, we have clear evidence of the impact of climate change on millions of children in South Asia. Droughts, floods, air pollution and river erosion across the region have left millions of children homeless and hungry, and without any healthcare and water,” said George Laryea-Adjei, UNICEF Regional Director for South Asia. “Together, climate change and the COVID-19 pandemic have created an alarming crisis for South Asian children. The time to act is now - if we invest in water, healthcare and education, we can protect their futures from the impacts of a changing climate and degrading environment.”

The report found that these South Asian children are in constant danger from riverine floods and air pollution, but also that investments in child health, nutrition, and education can make a significant difference to protect children from climate change.

South Asia is home to over 600 million children and has the highest number of young people globally. South Asian countries are among the most vulnerable globally to the impacts of climate change. Extreme climate-related events - heatwaves, storms, floods, fires and droughts - affect more than half of the region's population every year and continue to burden South Asian countries’ economies. Rising global temperatures and changing weather patterns have put the futures of millions of children living in climate-vulnerable areas in South Asia at constant risk. Worse, before they can recover from one disaster, another one strikes, reversing any progress made.

The report also reveals a disconnect between where greenhouse gas emissions are generated, and where children are enduring the most significant climate-driven impacts. The 33 extremely high-risk countries, including four from South Asia, collectively emit just 9 per cent of global CO2 emissions. Conversely, the 10 highest emitting countries collectively account for nearly 70 per cent of global emissions.

“The frightening environmental changes we are seeing across the planet are being driven by a few but experienced by many in South Asia,” added Laryea-Adjei. “We must urgently reduce greenhouse gas emissions and work together as a community to build greater resilience in South Asia. Children and young people are at the heart of this change, with almost half of 1.8 billion people below the age of 24 in South Asia.”

Compared to adults, children require more food and water per unit of their body weight, are less able to survive extreme weather events, and are more susceptible to toxic chemicals, temperature changes and diseases, among other factors. Without the urgent action required to reduce greenhouse gas emissions globally, children will continue to suffer the most.

Young people across South Asia are championing the cause. In Bangladesh, exposures to cyclones, droughts, floods and river erosion moved Tahsin, 23, to action. Through the youth organization he established, Tahsin and 400 children and young people from across the country are cleaning up public spaces, selling the plastic they collect to recycling centres and planting trees. In Pakistan, 14-year-old Zymal started producing biodegradable bags in order to clean up her country from the plastic pollution. In India, a youth filmmaker Divy is traveling across the country and spreading awareness about global warming and Gavita developed a water budgeting app.

In light of these findings, UNICEF is urgently calling on governments, businesses and relevant actors to:

The CCRI was developed in collaboration with several partners including the Data for Children Collaborative. In order to make the report more accessible to global youth, UNICEF also collaborated with Climate Cardinals, an international youth led non-profit which translates climate change research and information so that they can reach as many young people and leaders as possible.

About Maldives: Maldives was not included in the report due to lack of global data. However, the Government of Maldives is committed to addressing the country’s vulnerability to climate change and its debilitating effects on children, women and other vulnerable communities. 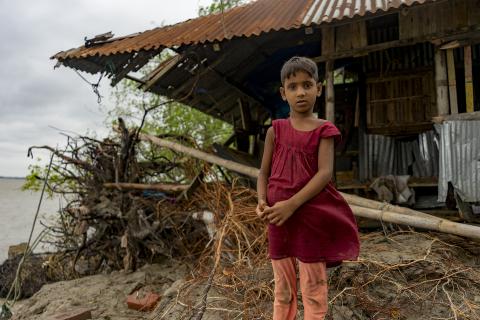 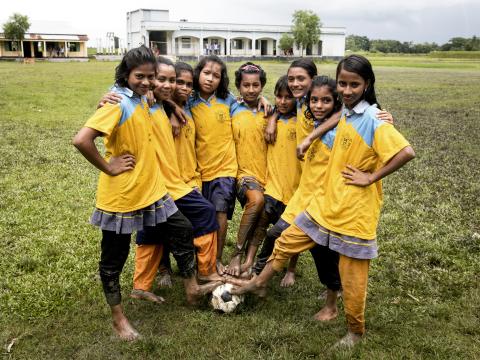 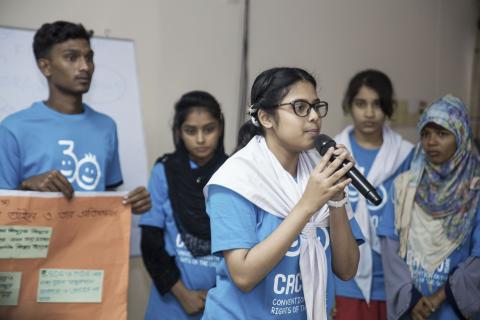 Serious actions to combat climate change must be taken now