A child who sings louder than bombs exploding

A wooden stick instead of a guitar; a backyard in a village instead of a stage; and the whole of Ukraine instead of an audience hall. That is how the first performance of 3-year-old Leo from Irpin looked like. Music became a source of joy for the boy during the war and evacuation. And thanks to the social media, his hobby uplifts the spirits of millions of Ukrainians amidst the war. Just like that, the singing boy got his million audience.

"He was humming all the time, and once I decided to capture it on a video, it became popular and cheered Ukrainians up," Oleksandr, Leo's father, says.

Oleksandr and his wife encourage children to play music to distract them from the horrors of war. After all, the sunny video with the cheerful Leo was preceded by shelling, danger and evacuation.

Music as a therapy

"The scariest thing is when you hear explosions," says 3-year-old Leonard.

His 8-year-old brother Elvin adds: "I think the scariest thing is when people die."

Uncommon as such talk is for young children, the two brothers often talk about war since fighting started in their home town. The family used to have an apartment in Irpin, in a house, which is now half-destroyed. The parents planned to enroll Elvin in a music school and were looking for a guitar for him. But all their plans were ruined by explosions on February 24th.

"First we fled to dacha, but it turned out not to be safe as well:  battle-planes were flying, there were explosions, so we realized we should escape further. We didn't know where to go, though," recalls the father Oleksandr.

The parents and their children fled to Kmelnitsky oblast, where they found temporary housing in a village. But the upheaval they experienced during the evacuation has had a psychological impact on the boys' behavior.

To help distract the children from homesickness and thoughts of danger, the parents try to enrich the boys' everyday life with creativity.

The family regularly listen to music. Oleksandr teaches Elvin to play a guitar. Leo made drums out of buckets and cheerfully arranges concerts for turkeys and goats grazing outside.

And even on the way, during an exhausting evacuation from a dangerous region, the family listened to music and sang Ukrainian songs.

Children are in dire need of care

"We were very surprised when the video with Leo got so many views, it was something very unusual for us,” says Hanna about her son's unexpected popularity.  After the video went viral, Leonard was even asked to participate in a charity concert "I vse bude dobre" (Everything will be alright), whose aim was to support children affected by the war. Thus, the 3-year-old boy became probably the youngest Ukrainian volunteer ever, who was doing something good for children and for peace.

The boy's mother says, that he is too young to understand how popular he has become, however he is just happy to sing the songs he likes. And feels great when people recognize him and say nice words.

“Here I became friends with animals. During this time, I have learned how many good people there are in Ukraine. But now I just play with turkeys and goats. And sing a lot".

Children feel great in the countryside, where they can spend a lot of time in nature. But the whole family misses home and a sense of confidence in the future.

"I want to go back to Irpin soon. I dream about a peaceful Ukraine, so I can go to music school,” Elvin, Leo’s older brother, shares his biggest desire

But the family still doesn't know whether it is safe for children to return to Kyiv. So parents explain to their sons how dangerous war and its consequences are. But they try to create a happy childhood for children through creativity and family comfort.

"My advice to all Ukrainian parents during these hard times is not to leave children alone with their thoughts and emotions, nor to let children spend long periods on tablets and smartphones. The children need your attention and care,” says the boys’ father.

As the war in Ukraine enters its fourth month, UNICEF continues to provide vital assistance to thousands of children and their families, including psychological support and social services. 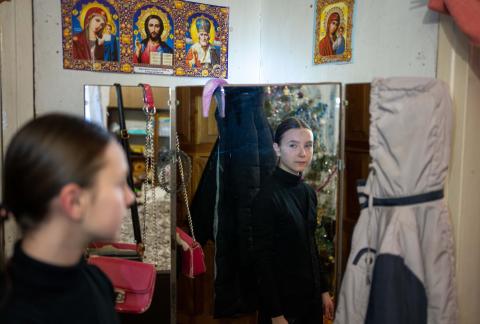 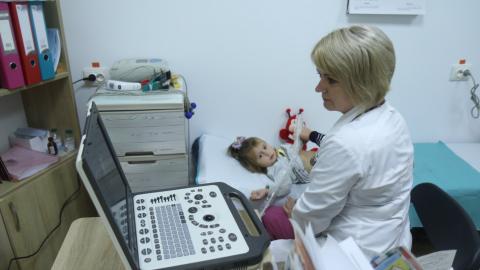 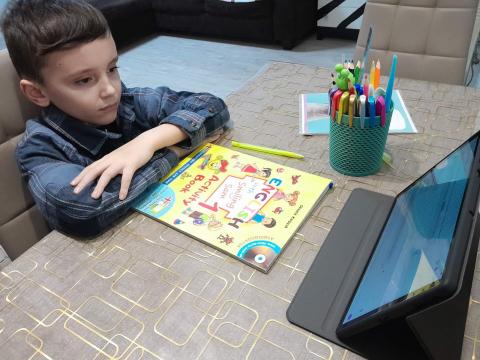 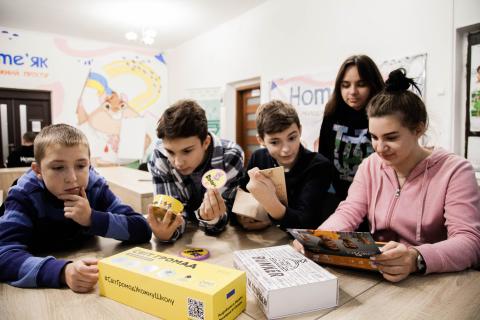