Launching as Father’s Day is celebrated on Sunday in 80 countries, the new analysis is drawn from UNICEF’s Multiple Indicator Cluster Survey programme – the largest collection of comparable data mapping parental behavior in the world.

NEW YORK/KAMPALA, 16 June 2017 – More than half – or 55 per cent - of children aged between 3 and 4 years-old in 74 countries – approximately 40 million – have fathers who do not play or engage in early learning activities with them, according to a new UNICEF analysis.

“What these numbers show us is that fathers are struggling to play an active role in their children’s early years” said Laurence Chandy, UNICEF Director of Data, Research and Policy. “We must break down the barriers that prevent fathers from providing their babies and young children a conducive environment for them to thrive, including love, play, protection and nutritious food. We must ensure that all parents have the time, resources and knowledge they need to fully support their children’s early development.”

The UNICEF analysis, which uses Multiple Indicator Cluster Surveys (MICS) data on parenting behaviours, looked at whether children aged 3 and 4 engaged in any play and early learning activities with their fathers. The activities include having their father read to the children, tell them stories or sing with them; taking them outside, playing with them; and naming, counting or drawing with them. The MICS is the largest collection of comparable data on parental behaviours in the world.

To encourage more fathers to play an active role in their young children’s development and highlight the importance of love, play, protection and good nutrition for the healthy development of young children’s brains, this month UNICEF is inviting families to post photos and videos of what it takes to be ‘super dads,’ using the hashtag #EarlyMomentsMatter on their Instagram and Twitter accounts.

Photos and videos of UNICEF ambassadors and supporters who have got behind the campaign are being posted on UNICEF’s Instagram and Twitter, and featured on the campaign’s gallery, to inspire families across the world to share their ‘super dads’ moments.

In Uganda, ‘super dads’ were identified in Karamoja, West Nile and the West, all of whom shared how they are fully engaged in their children’s optimal growth and development. Their photos and testimonies are highlighted on UNICEF’s global blog.

UNICEF urges governments and the private sector to increase spending and influence polices to support early childhood development programmes that focus on providing parents with the resources and information they need to provide nurturing care to their children.  Advances in neuroscience have proven that when children spend their earliest years in a nurturing, stimulating environment, new neural connections can form at a once-in-a-lifetime speed of 1,000 per second. These connections help determine their health, ability to learn and deal with stress, and even influence their earning capacity as adults.

Research also suggests that exposure to violence and a lack of stimulation and care can prevent neural connections from occurring; and when children positively interact with their fathers, they have better psychological health, self-esteem and life-satisfaction in the long-term. 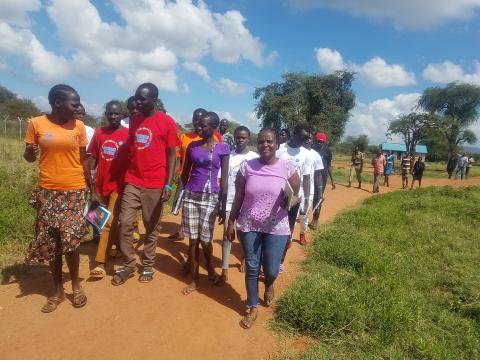 Tuliapong advocates against FGM in Amudat District
“I am Pokot and I fight for women because still in my community women are suffering a lot, they have no voice!”
Read the story 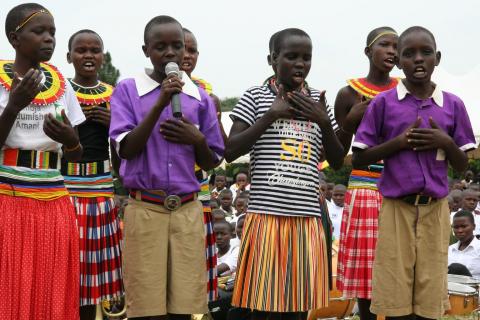 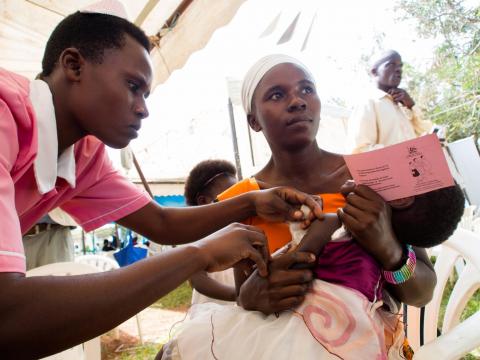