At 22 years old, Khadija is already a young mother of a 4-year-old daughter. She is not shy, she is confident and zealous to unite fellow peers living with HIV to help them overcome HIV self-stigma and discrimination in order to reach their full potential as young people. Khadija has been living with HIV from birth, but her daughter is not. She spends her time working as a community health care worker and volunteering as secretary to the Network of Young People living with HIV (NYP+) in Iringa municipality supported by UNICEF.

For many years Khadija lived a full and vigorous life. She was taking medications every day with the support of her parents. However, when she was in secondary school, her parents phased out their close support, believing she was old enough to care for her own health. Eventually, however, she stopped taking medications, fearing that her fellow students would learn about her HIV status and possibly stigmatize her. Anxiety, depression, and negative thoughts about her HIV status surrounded her, leaving no space for peace of mind.

“I was taking my meds in my school backpack every morning, but I never used them while in school, I always threw them away”.

Khadija became sick and started treating one disease after another. Hospital corridors became her new walkway. Her health condition deteriorated further, she was bedridden and failed to attend school for a year. After treatment and counseling, Khadija realized the self-stigma that led her to stop taking her anti-retroviral medication and that this would eventually kill her. She went back to school after recovery to complete secondary education and then completed higher studies with a Certificate of Medical Attendant.

One day her friend told her about the newly established NYP+ in Iringa municipality, she was thrilled to join the network in order to unite fellow peers living with HIV. At first, the network had few participants, 35 only. Because of this, she decided to contest for a leadership position and was elected as the chapter secretary.

Mobilizing young people to join the NYP+ was not easy, most of them were hesitant to join the network believing that they would be labeled and discriminated against. It was a difficult and challenging time for her leadership. Khadija felt so overwhelmed that she decided to resign. Before presenting the resignation letter to NYP+ senior management she decided to go to her father for advice.

“My father was shocked by the news, immediately he discarded the resignation letter and promised to walk with me in my journey to unite young people living with HIV across Iringa municipality. I felt a breakthrough happen with his support and mentorship”.

Khadija was also supported by the District AIDS Control Coordinator (DACC) who introduced her and her team to several Care and Treatment Centers (CTCs) in Iringa municipality for them to get permission to meet adolescents and young people when they came to collect their medicines. This was the beginning of a green light in her mission.

During the 2021 World AIDS Day commemoration in Iringa, Khadija volunteered to share her experience of how she managed to overcome HIV self-stigma as a strategy to raise awareness and motivate other young people living with HIV to join the established NYP+.

“My friend who is also HIV positive told me that ‘most of our neighbors are in this place, if you share your story you’ll be stigmatized, please don’t share your story!’, she emphasized. I ignored her advice and walked to the podium before the crowded grounds to share my life experience of living with HIV”.

Her story spread widely and ultimately motivated fellow peers living with HIV to join the network. At least 70 young people living with HIV joined the network that day. Khadija believes that being a member of the network is an opportunity for her to strengthen her capacity and confidence to support fellow peers living with HIV. She uses the existing middle and higher learning institutions and teen clubs at the CTCs as a platform to reach out to many young people to raise awareness of HIV and sexual reproductive health, and encourage them to join the youth network. The number of adolescents and young people who are now members of the NYP+ in Iringa municipal surpassed 1,000 within a few months of Khadija joining the initiative.

UNICEF is supporting the National Council of People Living with HIV (NACOPHA) financially and technically to build and strengthen the capacity of NYP+ through the programme ‘Fostering Young People living with HIV participation in HIV response’. The programme focuses on building the capacity of network leaders in management, resource mobilization, responding to gender-based violence, provision of mental health and psychosocial support, and facilitating the formation of empowerment groups for young people as a strategy to reduce economic vulnerability among them. The programme has reached 15,900 adolescents and young people living with HIV, aged 15-24 years, from the 21 NYP+ chapters in 21 councils of the Mbeya, Iringa, Njombe, and Songwe regions in the southern highlands of Tanzania. The target is to reach at least 20,000 adolescents and young people living with HIV.

“HIV Self-stigma affects your mental health and kills you slowly, overcome it and always be positive about your HIV status and you can live a healthy life”. Khadija concluded. 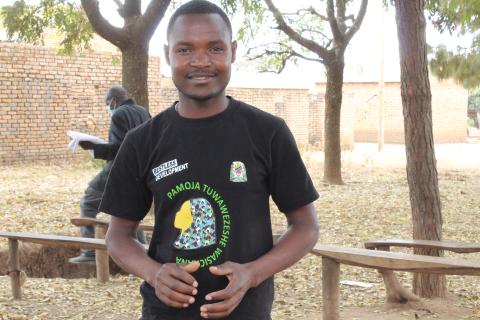 The power of peer education.

How a champion inspires adolescents in his community to access Sexual and Reproductive Health, HIV, and nutrition services. 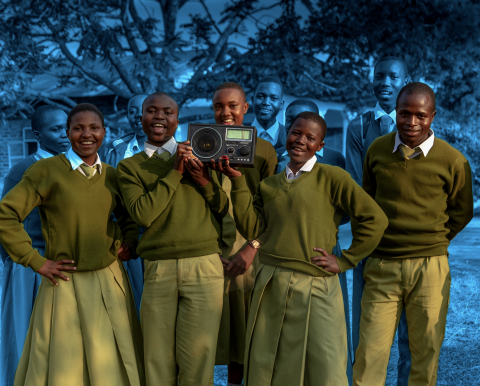 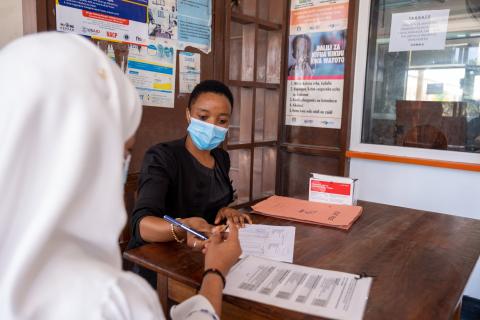 How HIV peer education could continue amid a pandemic