Vaccines save lives, but to be effective they need to be kept cool. In South Sudan, the least electrified country in the world, temperatures frequently exceed 40 degrees Celsius.

By Simon Crittle with contributions from James Aldworth

AKOBO, South Sudan, 31 January 2018 – Samuel Peter clambers onto the roof of a rundown building in the town of Akobo in South Sudan.

From his vantage point, the UNICEF electrical engineer can see across the Pibor River and beyond to Ethiopia.

He treads carefully on the rusting metal sheets, not only to stop himself from falling, but because what he is doing is so important: installing solar panels that will power two special refrigerators and help save tens of thousands of lives.

A deadly place for children

More than half the children have been affected and the health and well-being indicators for mothers and children are among the worst in the world.

One in 17 children died before their first birthday in 2016, many from preventable causes.

The refrigerators Peter is installing will become a crucial link in what is known in logistical terms as a “cold chain” – a temperature-controlled supply line that, in this case, safeguards vaccines.

Vaccines must be kept at near-freezing temperatures as they are transported thousands of kilometres from countries where they are produced, like India, to some of the remotest places in the world that UNICEF operates.

UNICEF health workers will use the refrigerators in South Sudan to store thousands of tiny vaccine bottles, which will then be used to immunize mothers and children against diseases such as measles, polio and tetanus.

To maintain the cold chain to remote villages, health workers use styrofoam boxes and ice packs that can sustain the vaccines for another seven days, reaching people who live far away from any medical facility. Freezing compartments in the fridges prepare the icepacks for the journeys.

“I like my work. It’s lifesaving work,” says Peter. “If we didn’t have this cold chain, the women and children here wouldn’t get immunized. We’d see a lot of disease outbreaks that could kill thousands of people.”

Getting the refrigerators to far-flung towns in South Sudan, however, is no small feat. Travel is often complicated by fighting, poor roads and the annual rainy season.

These fridges began their journey in Europe where they were manufactured. They were placed on a cargo ship and travelled through the Suez Canal before being unloaded in Mombasa, Kenya.

From there, they were transported by truck to South Sudan where road travel can often be hazardous. Four drivers and one driver assistant have lost their lives delivering aid for UNICEF since 2013.

The lack of paved roads – South Sudan has 280 km in total – is also a real issue. During the dry season, the 650 km journey between the cities of Juba and Wau can take less than a week. In the rainy season it can take over two weeks, if the driver makes it at all. The same distance in Europe, between Budapest and Munich, takes just seven hours.

For the final leg of the journey, the fridges were airlifted from the capital, Juba.

Such conditions also make it difficult for engineers like Peter to reach some of these places. “It can be very difficult work,” he acknowledges. “Some places have no road access through South Sudan, so I have to cross the river into Ethiopia, travel some distance and then cross back into South Sudan.”

But despite the challenges, he has installed about 90 of the vaccine fridges across the country in the past 10 months. Together they have the potential to help save millions of lives.

UNICEF protected more than 1.7 million children in South Sudan against measles in 2017.

Funding to support the cold chain in South Sudan is generously provided by GAVI, ECHO, CERF, the World Bank and OCHA. 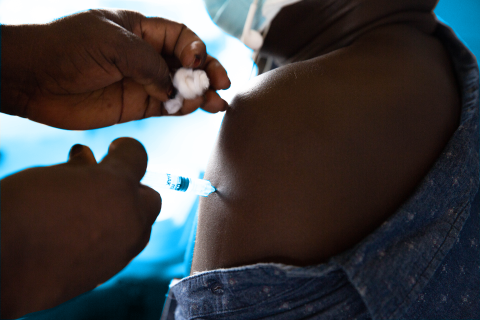 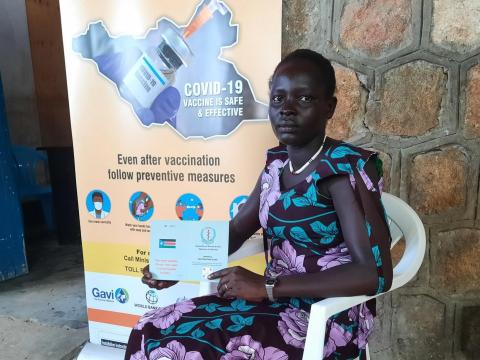 A woman chooses to confront misconceptions to protect herself and her family from COVID-19. 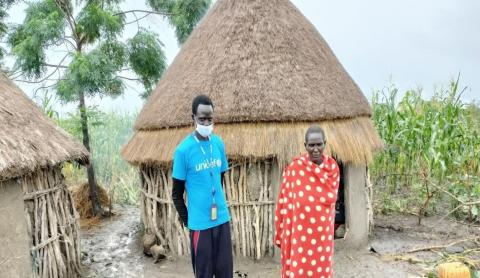 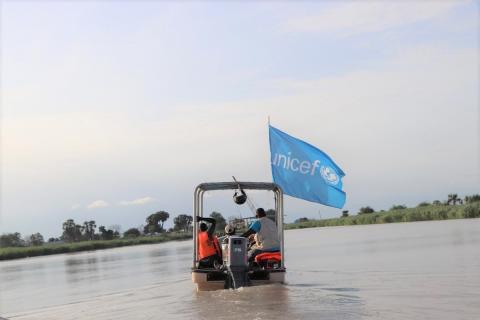