Food insecurity likely to rise by seven percent across South Sudan in the coming months, compared to last year. 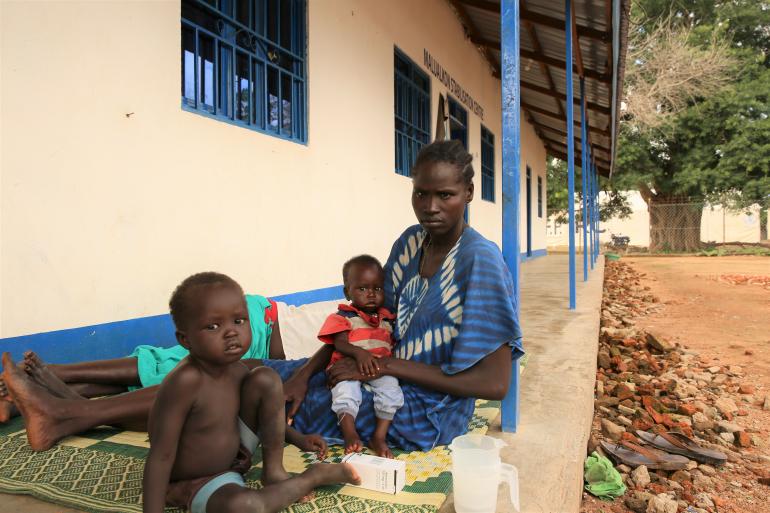 UNICEFSouthSudan/Giri
A one year old child who was suffering from severe acute malnutrition and admitted to the Stabilisation Centre in Malualkon with medical complications.

13 April 2022, JUBA - Food insecurity is likely to rise by seven percent across South Sudan in the coming months, compared to last year, according to a new United Nations report on food security. UN organizations are renewing the call for more humanitarian and livelihoods assistance to stave off looming hunger and enhance resilience.

Climatic shocks (floods and droughts), conflict, economic downturn, displacement and disrupted livelihoods are driving the worsening trend in food security with 7.74 million people (62.7 percent of the population) across the country slated to face Crisis (IPC Phase 3) or worse levels of acute food insecurity during the lean season between April and July 2022, according to the latest Integrated Food Security Phase Classification (IPC) analysis.

The most affected states are Jonglei, Unity, Upper Nile, Lakes, Eastern Equatoria (Kapoeta East) and Warrap. More than 80 percent of the entire food-insecure population are from within these states.

The Food and Agriculture Organization of the United Nations (FAO), the United Nations Children’s Fund (UNICEF) and the World Food Programme (WFP) warn that greater humanitarian assistance and livelihoods support is needed immediately to save lives and prevent the collapse of livelihoods in the worst-affected locations across South Sudan.

Those locations include Fangak, Canal/Pigi and Ayod counties in Jonglei State; Pibor County in Greater Pibor Administrative Area; Cueibet and Rumbek North counties in Lakes State; and Leer and Mayendit counties in Unity State where a combined total of 87 000 people are expected to be in Catastrophe (IPC Phase 5) acute food insecurity.

“FAO is concerned by the rising number of food-insecure people driven by the additional burden of heavy flooding that has occurred in the country for the last three consecutive years,” said Meshack Malo, FAO Representative in South Sudan.

“To tackle acute hunger, we need to produce more food where it is needed most. FAO will continue to provide seeds, tools and fishing kits to people in urgent need of assistance. We also need increased investment to allow us to find innovative ways to help South Sudanese farmers adapt to climate change so they can grow enough food to meet their nutritional requirements,” added Malo.

In response to flooding, FAO has been assisting vulnerable farmers to build dykes and water channels, providing trainings on eco-friendly best agricultural practices and post-harvest handling, and is also promoting increased use of flood-resistant food crops such as rice.

Children among the most affected by food insecurity

The IPC report shows that in 2022, about 1.34 million children under five years are expected to suffer from acute malnutrition based on the results of SMART nutrition surveys, the Food Security and Nutrition Monitoring System (FSNMS) survey, and programme admission trends.

Children in Jonglei, Upper Nile, Unity and Western Bahr el Ghazal States are the most affected.

The major factors contributing to acute malnutrition include high prevalence of diseases such as diarrhea and inadequate feeding practices of infants and young children due to a lack of dietary diversity and infrequent meals.

“As access to those in need improves due to the peace process, we have been making significant progress in treating severe malnutrition in children, but floods and other climate-related shocks leave more children vulnerable. More than 90 percent of children under five put into therapeutic feeding programmes fully recover, and yet funding for this life-saving response is increasingly a challenge,” said Jesper Moller, Acting UNICEF Representative in South Sudan.

The latest IPC report shows that in Pibor, where WFP was able to scale up its life-saving food and nutrition assistance throughout 2021, the number of people in IPC Phase 5 (Catastrophe) declined from 33,000 in 2021 to less than 10,000 in 2022, showing the benefits of increased humanitarian food assistance.

Despite this improvement, the total number of projected food insecure people in South Sudan increased from 7.2 million in 2021 to 7.74 million in 2022. Three consecutive years of increased flooding, the loss of livelihoods, destruction of farmland and livestock and subsequent displacement have deepened the dire hunger crisis engulfing South Sudan, pushing millions into abject poverty as food becomes scarce and millions struggle to survive.

Without consistent humanitarian and agricultural assistance to help communities cope and tackle hunger by supporting those who grow their own food - severe humanitarian consequences are inevitable.

“We are extremely concerned with the findings that point to a continued deterioration in the food security situation and a sharp rise in the number of people facing hunger,” said Adeyinka Badejo, Acting Country Director for WFP South Sudan.

“The 2022 IPC report represents a successful and collaborative multi-stakeholder process led by the Government of South Sudan. Its findings compel us all to take urgent steps to alleviate severe hunger and prevent a further deterioration in the coming months, while simultaneously building resilience to future shocks,” added Badejo.

FAO, UNICEF and WFP are united in their call for greater funding to allow for increased humanitarian assistance and emphasize the importance of the continued implementation of the peace agreement to address the root causes of insecurity across the country. 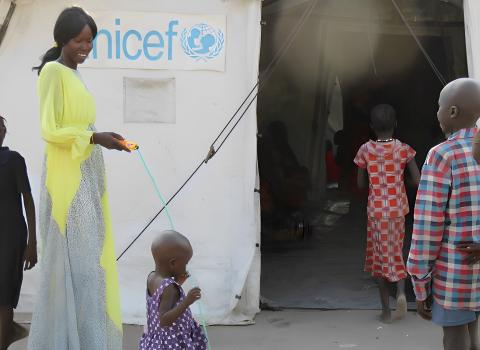 A baby boy reunited with his mother 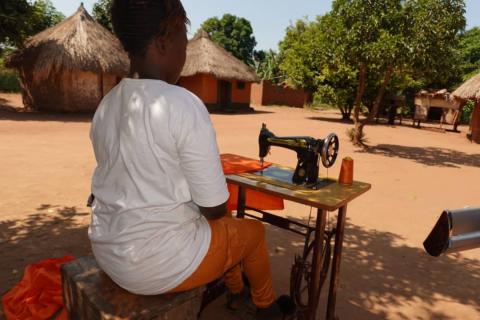 UNICEF statement on abducted women and children in Pibor 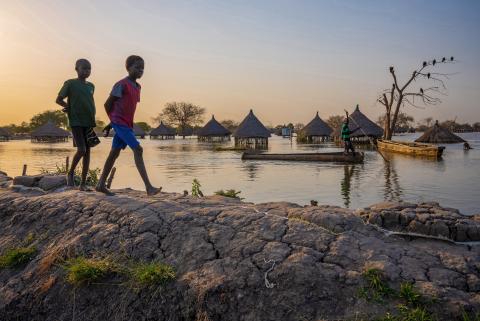