Every child has the right to water, sanitation and a safe and clean community

Clean water, basic toilets and good hygiene practices are critical for the survival and development of children.

Without access to clean water, toilets and good hygiene practices, the risk of contracting easily preventable diseases, such as diarrhoea, acute watery diarrhea, cholera, and respiratory infections, is high. In the past 3 years, more than 900 people in Somalia, majority of them children under the age of five, have died from cholera[3]. When women are forced to give birth in these poor conditions the lives of mothers and babies are also at stake.

Without access to clean water, toilets and good hygiene practices, the risk of contracting easily preventable diseases, such as diarrhoea, acute watery diarrhea, cholera, and respiratory infections, is high.

As collecting water is often the responsibility of girls and women – and it can be very dangerous. Many women and girls face conflict at water points and the risk of physical or sexual assault. Spending time collecting water also limits their time and possibility to go to school and work. This has an impact on not only the girls and women but also their communities and the economy at large.

In the conflict-affected areas and camps for displaced people, access to safe water is often further compromised; infrastructure is damaged, pipelines are in poor condition, and water collection is dangerous. People often live in overcrowded camps and without access to safe water, diseases and malnutrition spread even faster.

When children drink, bathe and wash their clothes in safe water, they have a better chance of growing up without disease.

UNICEF supports the Government of Somalia and its efforts to develop and provide not only temporary solutions but also sustainable water supply systems in the country.

UNICEF also advocates for and supports communities in improving access to toilets. To ensure the use of the toilets, we advocate for ending open defecation and promote good hygiene practices, especially handwashing with soap, at community level.

When schools have clean water, toilets and soap for handwashing, children have a healthy learning environment, and girls are more likely to attend when they have their period. To achieve this, we support the Government in its efforts to connect more schools to a water supply. 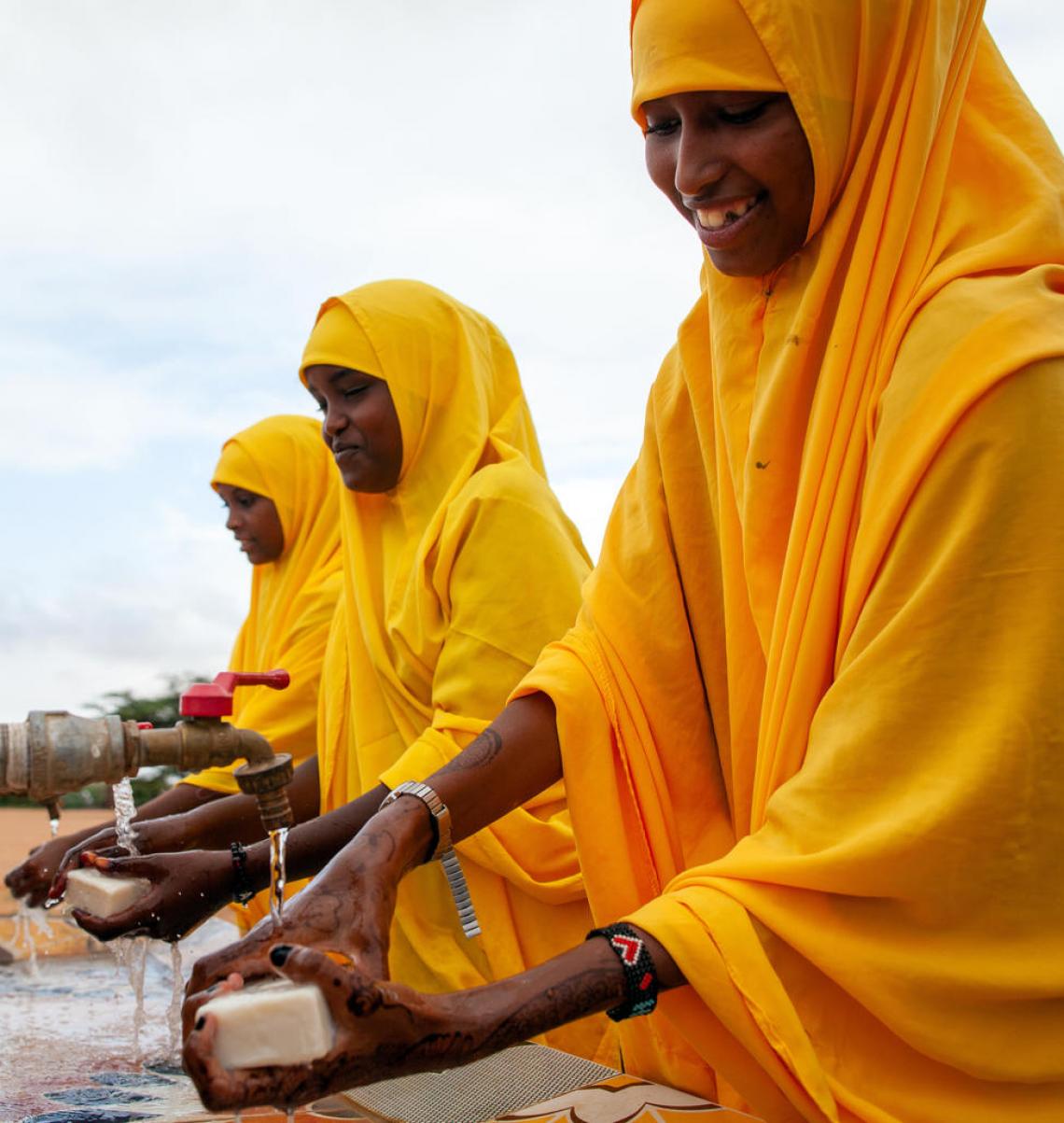 Having safe water close to home also means that children, especially girls, do not have to stress about the long and often dangerous journey to collect it. They are more likely to go to school, play with their friends and be children.

We also engage in ensuring more health centres in Somalia have basic facilities for hand hygiene and safe segregation and disposal of health care waste. This is critical in preventing infections and providing quality care, particularly for safe childbirth.

As part of the emergency response, together with partners, we provide safe drinking water and adequate sanitation services through improving and repairing water systems, trucking water, distribution of hygiene kits, setting up latrines and promoting awareness of hygiene practices.