U-Report survey: More than half of adolescents would agree to get vaccinated

Given the epidemiological situation that we have been facing for quite some time, adolescents were consulted this April on the U-Report platform, with the help of UNICEF in Romania team, to find out their opinions and concerns about COVID-19 vaccines. The survey reached over 11,000 children and young people from all over the country, giving them the opportunity to answer ten questions on the U-Report platform.

We present the analysis of the answers given by over 1,700 young people, most of whom were 15 to 19 years old. Two members of the Children’s Board contributed to developing the analysis: Rafaela (13, Suceava) and Oana (16, Brașov).

Close to half (46 per cent) of respondents believe that the COVID-19 infection poses a threat to them. While 36 per cent of young people don’t really believe that.

The percentage of adolescents who believe that the infection poses a threat to their families and close ones is significantly higher (78 per cent).

Given the whole context and pandemic restrictions, 35 per cent of those who answered the survey are concerned about their lack of access to in-person learning. A quite similar proportion (26 per cent) includes those whose main fear during the pandemic is that they cannot see their friends. The other respondents are concerned about vaccine efficacy or being unable to go to parties.

When asked about how important they think getting the COVID-19 vaccine would be for their health, 23 per cent say that it is of little importance or not important (19 per cent), while 27 per cent state that it is very important and 30 per cent find it important.

As regards young people’s willingness to get the COVID-19 vaccine as recommended by the experts, more than half of respondents (52 per cent) say they would agree to get inoculated, 26 per cent declare that they would not, and 22 per cent have not yet made a decision about this.

The information young people receive about COVID-19 vaccines varies quite a lot, as can be observed from the outcomes of the survey. The thing they hear most often about the vaccine is that it does not provide full protection, which is the information selected by 31 per cent of respondents, three percentage points higher than the second most frequently received information, namely the fact that it prevents the virus from spreading (28 per cent). Out of the people consulted, 17 per cent say they have often come across the information that long-term effects are unknown and 9 per cent mention the information that there are various side effects. Eight per cent have learned that these side effects are less serious than the disease and 4 per cent of respondents mention vaccine safety.

The last part of the survey scoped young people’s interest in finding out more about vaccine efficacy.

Thus, 60 per cent said they wanted to get more information, 27 per cent didn’t want that and 13 per cent were not sure yet. 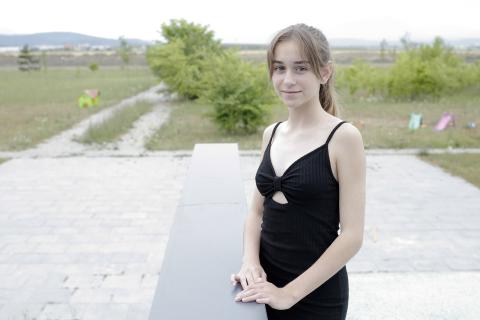 In Brasov, Anastasia dreams of a peaceful future

The 16-year-old volunteer at the CATTIA Blue Dot Hub tries to build a new life by helping others and learning new things. 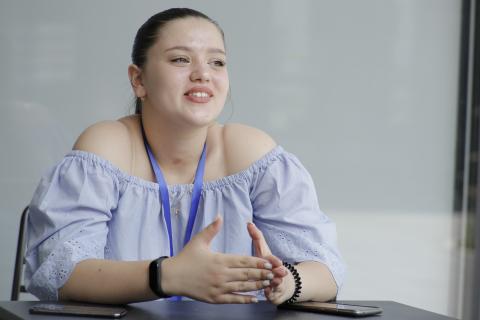 Navigating the future by helping others

What working in a Blue Dot taught Alina 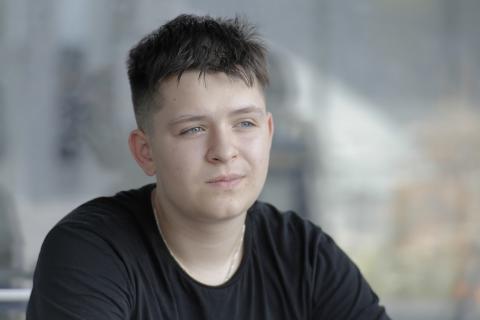 A Driving License For Hope

Alex and His Road to Safety and Freedom 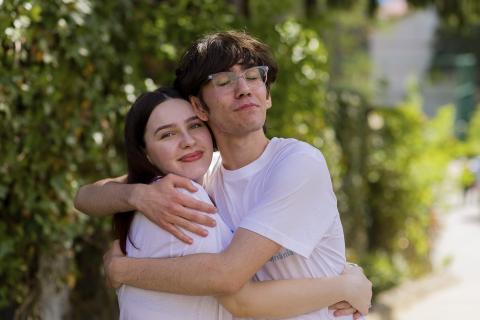 What do adults misunderstand about young people

How adults relate to the young generations can have a major impact on teenagers lives.