Andreea, 25, is fighting for the future of her four children

Above, the ceiling as uneven as the hilly landscape outside, makes the atmosphere inside even more pressing. In a corner, on a stove, slowly boils, under the lid, a bean soup. Sitting in one of the beds, Andreea is waiting for Peter and Cristina, her eldest children, to return from school. She gently rocks Ana-Maria, her little one, in her arms, and behind them, scared by the presence of visitors, hides Adrian, who is 4 years old and has not yet dared to go to kindergarten.

Andreea herself seems, at first glance, a bigger sister left at home by the parents to take care of the siblings. She studied eight classes in school and would have liked to have become a nurse, a dream she has not yet fulfilled. She is the mother of the four children with whom she lives in the house in the village of Bodeasa, Dealu Morii, in Bacau county, a commune that is among the 45 communities in which UNICEF has implemented, starting in 2014, the "Minimum Package of Services " project. She is 25 years old, but she doesn’t look older than 16 or 17, which is, incidentally, the age at which he gave birth to the first child, Peter, who is now 9 years old. 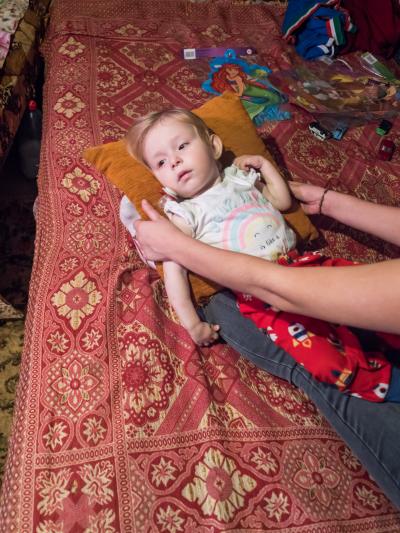 Adrian Holerga
The mother tries to fall asleep on the little girl by rocking her on the pillow.

"I realized that something was wrong. She was growing, but he did not move her hands and feet. They told me to take her to do kinetic therapy” - Andreea, Ana-Maria's mother

In Andrea's arms, Ana-Maria gently bablles and moves her limbs. She is three years old, but she is small, smaller than a child in her first year. She was diagnosed with spastic tetra paresis after a birth that was more difficult than the others undergone by Andreea. "I realized that something was wrong. She was growing, but he did not move her hands and feet. They told me to take her to do kinetic therapy, "says the mother.

Away from a violent man

In the spring, after returning from the doctor and finding Peter beaten and bruised, Andreea took all four children and left with their father. "I left because he beat the eldest boy. I was very scared when I saw the boy hurt and called the police. They came, they told me to go to the center and I went”, Andreea remembers. He lived in a maternal center in Bacău for three months. There, Ana-Maria benefited from physiotherapy sessions after which she began to make progress.

"I left because he beat the oldest boy. I got really scared when I saw the boy and I called the police. They came, they told me to go to the center and I went”- Andreea, Ana-Maria's mother

Until then, the child did not move her hands and feet too much, but after a few sessions of physical therapy, things started to improve. The specialists there told her that the baby will never be able to fully recover, but that the daily exercises will help her to progress. Andreea has learned a lot from the specialists at the maternal center and since then she repeats the exercises daily at home, for half an hour. Ana-Maria doesn't talk, but Andreea realizes when she’s happy or something is wrong with her. "When she's happy, she laughs, she moves her hands and feet," says the young mother.

I want the girl to get healthy

After separating from the violent man, Andreea returned home to her hometown in June. A hearty man made available to her his old parental house, which was deserted and here she managed to make a home. What does she want to be able to do in the future? "To raise my children", says Andreea, and the biggest wish is for "the girl to be healthy". She's afraid Ana-Maria will never be able to walk. The last time she was seen by a doctor was before she left the center of Bacău. From time to time, she receives help from her mother and sister, and the family's income is made up of the children's allowances and Ama-Maria’s disability remuneration.

The help came from outside the family. Mariana Suvac, community social worker in the pilot project "Minimum Package of Services" implemented by UNICEF in 45 communities in Bacau county, helped Andreea change her domicile in the documents and draw up Ana-Maria's personal assistant file, to transfer to her the money rights that were received, until then, by the father of the children. She helped her register to the family doctor, so that the eldest boy, Peter, was first seen by a doctor. The two older children were enrolled in school and kindergarten, and next year Adrian, who now lives at home with his sister, will also go to kindergarten.

The Minimum Package of Services was launched in 2014 by UNICEF in 45 communities in Bacău County, with the aim of protecting the children in these communities by accessing integrated health, social protection and education services. For families to benefit from these services, a social worker, a community nurse and a school counselor unite their efforts in these communities. The first two go from house to house and identify the needs of each household, while the third is in school. Andreea is among the beneficiaries of this project, and she was helped to care for the little ones, after leaving a violent partner, to benefit from medical care for her disabled child and education for the other children, to start an independent life, a chance she has never had before. 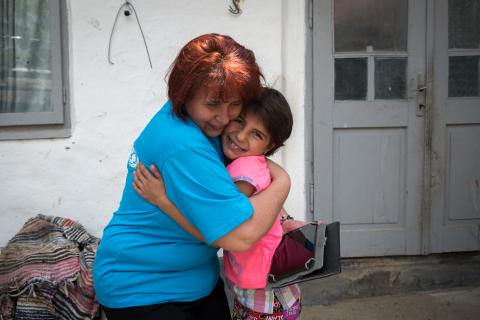 The Minimum Package of Community Based Services for Children

We know that a child usually grows up best in his or her family and that attending school offers the best chance to be prepared for the future. 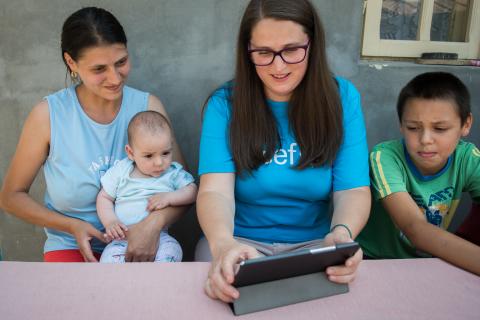 The minimum package of services documentary

The Minimum Package of Services includes healthcare, social protection and education services that could prevent many issues afecting children. 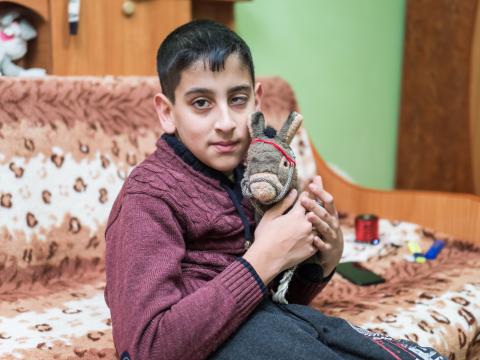 Leonard's lesson: The Happiness is With The Family

In the Marginea neighborhood of Buhuși, a child with spastic paresis and hydrocephalus is the center of the world for his family. 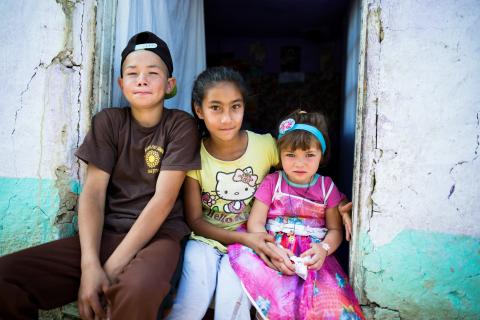