With support from UNICEF and the FCDO, one woman empowers many others on hygiene and exclusive breastfeeding

Sadiya Mohammed sells vegetable oil to other women in Gashua, Yobe State, north-east Nigeria. But the 29-year-old mother of four always has a special story to share with the customers who help put food on her table. The main character of her narrative is Abubakar Sadiq, her seven-month-old son.

“My customers are always curious about my son, Abubakar. He is big, healthy and friendly. Women usually have positive comments about him whenever they come to buy oil from me,” says Sadiya. “They think that I have secret food that I give him. But I tell them I breastfed him exclusively, without water, for six months and only now is he starting to take other beverages.”

As she speaks, Sadiya bounces her little boy on her lap. The child breaks into a wide grin, pointing one of his fingers at his mother’s face. Abubakar weighs a princely 7.5 kg and measures 14.5 cm on the mid-upper arm circumference scale, a statistic typical of children free from the symptoms of malnutrition.

Sadiya says her stories are never complete without telling her customers how she abandoned a long-standing belief that babies must be given water alongside other food items in their infancy. She also tells of her initial refusal to join the Meenat Support Group, a forum led by Hadiza Ali, a UNICEF-supported Community Nutrition Mobiliser working in Sadiya’s community in Gashua.

“I didn’t practice exclusive breastfeeding with my first three children,” says Sadiya. “In fact, I was invited by my neighbours to join the Meenat Support Group, which held meetings in my compound, but I refused. I could not understand why a mother would not give her baby water to drink. I grew up seeing my mother and other women giving their babies water at infancy - on many occasions.”

It was not until Mohammed fell ill while pregnant with Abubakar that she finally joined the mothers’ group.

“A health worker in a UNICEF-supported health facility in my community counselled me when I fell ill. Maybe the illness opened my eyes. I have been taught many things in the support group that have benefited my family, especially my son Abubakar. I have learned how personal and home hygiene contribute to the wellbeing and nutrition of children,” she says.

Sadiya is one of thousands of women who are being supported by UNICEF on infant and young child practices in north-east Nigeria. The initiative, funded by United Kingdom’s Foreign, Commonwealth and Development Office (FCDO), provides pregnant women and others with young children information on the importance of environment and food hygiene and full vaccination for children.

One in five under-5 children living in Adamawa, Borno and Yobe States are severely malnourished. With increasing food insecurity and the COVID-19 pandemic, it is estimated that an additional 295,288 children risk being malnourished in those states in 2021. Of the three, Yobe has the highest prevalence of global acute malnutrition, at 12.3 per cent, according to the Nutrition and Food Security Surveillance Round 10 of November 2020.

The Meenat Support Group is one of UNICEF’s approaches to reducing and managing severe acute malnutrition in Nigeria. Dozens of community mobilisers like Hadiza Ali are given FCDO-funded stipends to work directly with mothers to prevent malnutrition and quickly identify cases and refer them to UNICEF-supported health facilities.

Since becoming a member of her group, Hadiza Ali says Sadiya has invited seven pregnant women to the forum and is now one of its most active members.

“Her son Abubakar is evidence of our meeting discussions. He has never fallen ill and has been consistent with his immunization schedule,” says Hadiza Ali. “When babies are exclusively breastfed, they become resilient to common childhood illnesses. I always tell the mothers that exclusive breastfeeding will keep them from spending money on medicine when their babies fall ill. 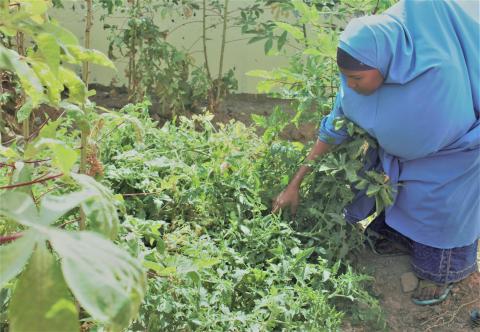 In Kano State, an innovative solution to child malnutrition 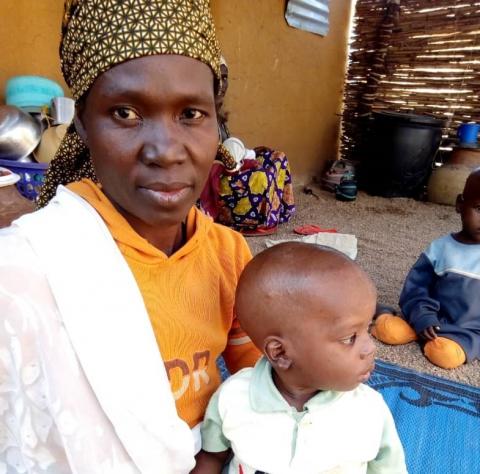