ABUJA, 27 May 2017 – Marking Nigerian Children’s Day today, which this year is on the theme of child protection and the Sustainable Development Goals, UNICEF is calling for urgent action to adopt the Child Rights Act across all of Nigeria’s states and to heed the President’s call to end violence against children.

Millions of Nigerian children suffer some form of physical, emotional or sexual violence. According to a 2014 survey by the National Population Commission, with support from UNICEF and the US Centers for Disease Control and Prevention, six out of ten Nigerian children experience at least one of these forms of violence before they reach 18.

“Each one of us is responsible for creating a world where children feel safe, protected and empowered to speak up for themselves,” said Mohamed Fall, UNICEF Representative in Nigeria, using Nigerian Children’s Day as an opportunity to highlight the prevalence of violence against children in the country and measures needed to address it.

In line with the Sustainable Development Goal to end all forms of violence against children by 2030, Nigeria has launched a Campaign to End Violence Against Children by 2030, which reinforces the Presidential call to end such violence first made in September 2015. Since 2015, Lagos, Cross River, Benue and Plateau States have launched state-wide campaigns. The Federal Capital Territory and Kano states will mark Nigerian Children’s Day today by launching their own campaigns to end violence against children and Gombe State will launch its campaign on 7 June.

To drive the implementation of the national campaign, the Federal Ministry of Women Affairs and Social Development is working with key government partners, civil society and faith-based organisations to develop a National Plan of Action that will set targets and milestones to end violence against children in Nigeria by 2030. UNICEF applauds Nigeria’s national and state governments’ efforts to reduce violence and exploitation of children in Nigeria and has recognised Nigeria as a Global Pathfinding country in the world-wide battle to combat violence against children.

Nigeria adopted the national Child Rights Act in 2003 to domesticate the international Convention on the Rights of the Child. So far, State-wide Child Rights Acts have been passed in 24 of the Nigeria’s 36 states, with Enugu being the most recent to enact the law in December 2016.

“We call on the State Assemblies of the remaining 12 states to urgently pass Child Rights bills and on governors to sign those bills into law. We also call on governors of the 29 states who have not yet launched state-level campaigns to end violence against children to do so,” said Mohamed Fall. “And even while we increase our commitments to protect children’s rights,” he added, “We must work even harder to make these rights a reality for children in Nigeria.” 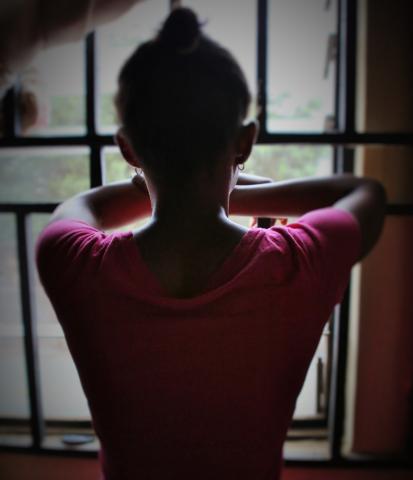