PODGORICA, 19 November 2018 – Today was not a regular day at the Parliament of Montenegro. The seats of MPs were occupied by pupils from primary and secondary schools from all Montenegrin municipalities. They asked MPs and government ministers questions as part of the ninth session of the Children’s Parliament.

Having skilfully presided over the session of the Children’s Parliament, Ognjen Jokić from Podgorica told reporters from the media literacy campaign that it is good to hear the opinions of young people from the parliament once a year.

I was really taken aback by how small the parliamentary chamber is. It looks much bigger on TV and everything seems very modest. We asked questions relevant to us, young people, and we got answers, with which we are more or less pleased, but anyway the answers are here.

Ivan Brajović, the Speaker of Parliament, told the young parliamentarians that they should never hesitate to ask question about things they are not aware of and to defend their views wholeheartedly.

“It is crucial that we talk to each other and that we are all aware of the importance of tolerance and dialogue. We all need to learn to embrace diversity and discuss all issues openly,” Brajović said.

A series of thoroughly prepared questions from young parliamentarians about social issues, children’s rights, and the rights of children with disabilities were asked in this session lasting two and a half hours. However, most of the questions were referred to the Ministry of Education. “The Constitution of Montenegro says that primary education is free-of-charge and compulsory for all. I don’t think we share the same understanding of the term ‘free-of-charge’, so would you please explain what exactly free education implies? Does it mean that textbooks are not a part of education?” Tijana from Kolašin asked.

Isidora from Mojkovac wanted to know how many kindergartens there are in the north of Montenegro.

Or perhaps we do not need kindergartens, because the children are looked after by their parents who can’t find jobs? How many theatres, cinemas, important cultural events, youth centres are there in those cities?

Sultana from Ulcinj was interested in knowing if the Convention on the Rights of the Child, which is a binding document for all its parties, has been translated into the minority languages in Montenegro. The Ministry for Human and Minority Rights gave a positive answer to her question.

Children from the Public Institution “Podgorica” Resource Centre for Children and Youth wanted to know when traffic signs would be adapted for visually impaired persons, not only in the centre of Podgorica but also in other parts of the city, as well as all over Montenegro.

Borjana Radulović from the Resource Centre asked when the names of public institutions, shops and restaurants would be written in Braille.

The young parliamentarians asked numerous questions to the Ministry of Sports as well. Thus, Vladan Vukić from Bijelo Polje noted that, despite the fact that doing sports was one of key factors in the successful psychological and physical development of young people, they had given up on sports as a result of the deteriorating conditions in which they practiced.

“Do you plan to build new sports facilities, refurbish the existing ones, construct a swimming pool in the north of Montenegro and facilitate the better use of the natural resources, in which our country is very rich, in the near future?” asked Vladan.

Nikola Janović, the Minister of Sports, agreed that the sports infrastructure was not at a satisfactory level, but he also promised that his ministry would invest additional efforts into providing as good conditions as possible for young athletes.

“We are trying to ensure that doing sports is accessible and possible for anyone in our country who wishes to do it,” Janović said.

After the session ended, the young parliamentarians said that they hoped that the government representatives would take their questions and comments seriously, and start addressing them. 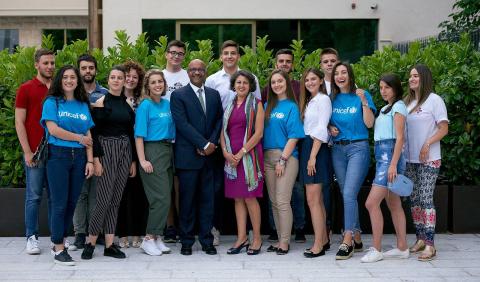 The UNICEF Regional Director, Afshan Khan, began her first official visit to Montenegro with a reception with young people 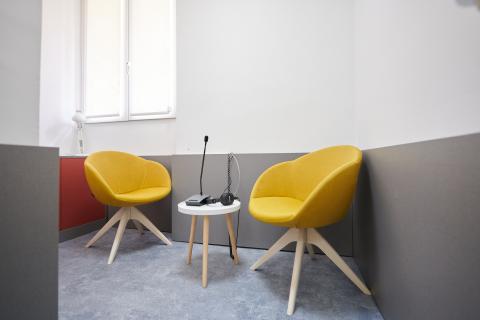 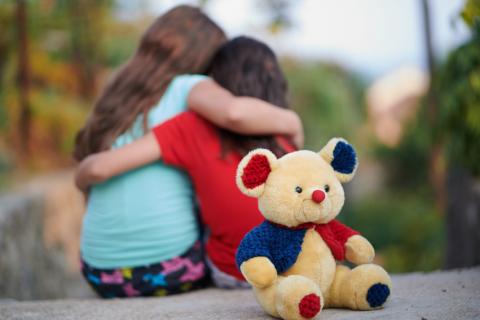 Best interest of the child must be the priority always

NICEF is deeply concerned because of the recent media reports and videos showing children suffering in front of their home in Podgorica. 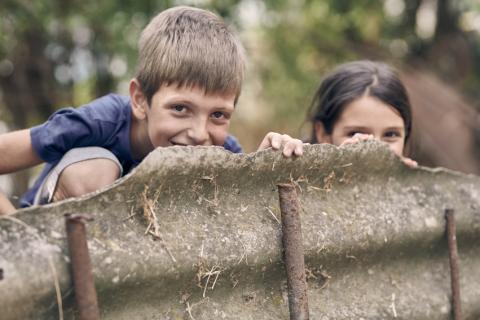 Investing in children in the new budget

UNICEF congratulates Montenegro on investing in children in the new budget