Combating violence against children is the collective responsibility of the society

PODGORICA, 21 December 2018 – Combating violence against children and providing every child with a warm family environment remain the key challenges for Montenegrin society – this was announced during the launch of the new TV video promoting the first national and free SOS line for parents – 080 888 888.

The aim of the video is to raise awareness of the availability of this service in Montenegro and to point out that parents have the right to receive support in dealing with the countless challenges of parenting.

UNICEF’s Deputy Representative for Montenegro, Michaela Bauer, emphasized that providing additional support to parents has proven to be a key priority at the end of a year marked with several tragic cases of violence against children in families in Montenegro.

We are not here to judge parents. Being a parent is probably the most challenging job anyone can have. Everyone wants to be a caring parent, but that is also a duty. No parent has all the answers. Whenever you are in dilemma, call the SOS line for parents – 080 888 888. Asking for parenthood support is in the best interest of every child.

The director of the NGO Association of Parents, Kristina Mihailović, said that during the past year the parent SOS line – a free, anonymous and confidential service – was called by 470 people and another 200 parents asked for help or advice via e-mail and social networks.

"Their calls were mainly related to family relationships, school and kindergarten issues, peer violence and child development problems. Our advisers provided advice on legal issues and provided information about institutions that could be of assistance in solving problems," said Mihailović, adding that this service is available every working day from 4pm to 8pm.

The Minister of Labour and Social Welfare, Mr. Kemal Purišić, emphasized that, thanks to the undertaken activities aimed at protecting against violence, Montenegro became one of the leaders in the Global Partnership to End Violence against Children in 2017.

"Violence is becoming more and more visible, so the number of child victims to whom centres for social work provided protection increased from 310 in 2014 to 448 in 2018, which is an increase of 44 percent," said Purišić, announcing that the National SOS Line for Children and the Reception Unit for Children Victims of Abuse are to be launched on the same day, after the ceremonial handover of licenses to the "Mladost" Children's Home in Bijela.

The Deputy Head of the EU Delegation to Montenegro, Audrone Urbonaviciute, believes that it is the collective responsibility of every society to ensure that every child grows up in a healthy and loving family, able to exercise their rights regarding education and access to social services.

"The latest European Commission report on Montenegro contains a finding that gender-based violence and violence against children remain serious causes for concern. It was also noted that, with the adoption of the amendments to the Criminal Code in July 2017, harmonization was achieved with the Istanbul Convention on preventing and combating violence against women and domestic violence," added Urbonaviciute.

The work of the national SOS line for parents is possible thanks to socially responsible companies from the private sector. Montenegrin parents can use this line free of charge with support from Telekom, Telenor, M-Tel and the Agency for Electronic Communications and Postal Services.

The SOS line for parents was established in early 2017 in the context of the programme "Protecting the Rights of the Child through Positive Parenting", implemented by the NGO Association of Parents, with the support of UNICEF and the European Union. This programme is part of a multi-annual regional initiative aimed at improving the protection of children from violence and the social inclusion of children with disabilities, and is implemented through a partnership between UNICEF, the European Disability Forum (EDF), the European Union and the governments of the seven countries in the process of EU accession. 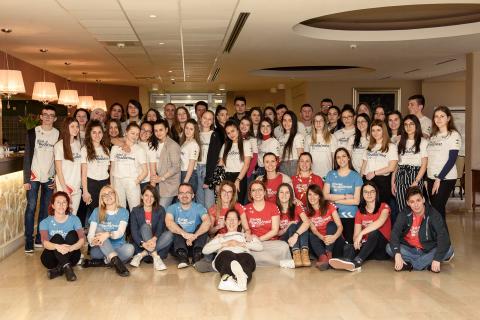 Young people from Montenegro, Serbia, and Bosnia and Herzegovina solve problems together 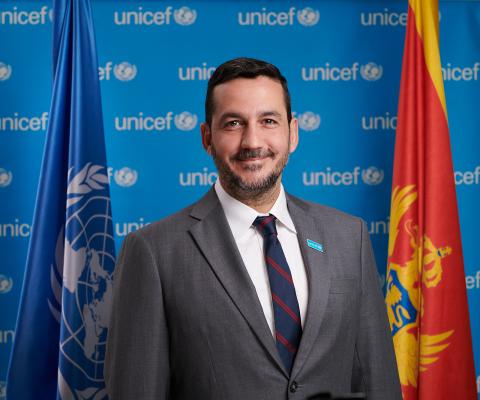 After many years of international experience with UNICEF, Santander is looking forward to working with UNICEF’s partners in Montenegro 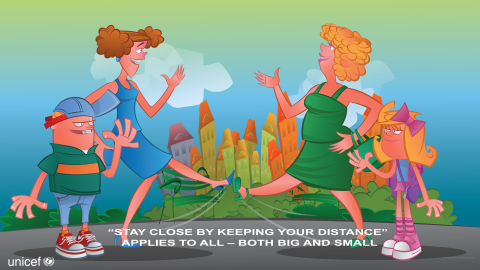 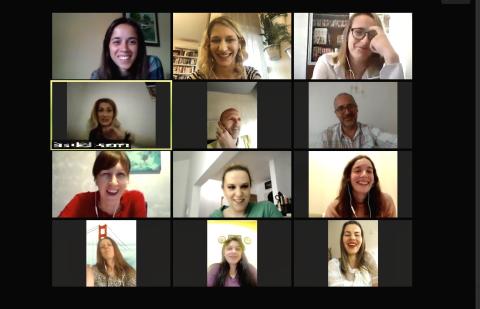