The majority of children attend preschool education in the central region

PODGORICA, 6 DECEMBER 2019 – In the context of the celebration of the 30th anniversary of the United Nations’ Convention on the Rights of the Child, UNICEF Deputy Representative Montenegro Ms. Michaela Bauer, Head of the Department for Demography and Migration Statistics of the Statistical Office of Montenegro Ms. Snežana Remiković, and the Deputy Director of the Institute for Public Health Dr Senad Begić presented the key findings related to the rights of children and families from the 2018 Montenegro Multiple Indicator Cluster Survey during a regional conference held in Danilovgrad.

This largest data-collection survey after the national census is conducted every five years with the support of UNICEF with the aim of collecting statistically reliable and internationally comparable data on a range of indicators in the areas of health, education, child development and the living conditions of children and families.

UNICEF Montenegro / Duško Miljanić / 2019
Ms. Snežana Remiković, Head of the Department for Demography and Migration Statistics of the Statistical Office of Montenegro at MICS survey presentation in Danilovgrad, in December 2019.

All the MICS data will be available on UNICEF’s and MONSTAT's websites together with the Survey Findings Report in both Montenegrin and English. In this way, we want to support a science-based public debate on the state of the rights of children and families in Montenegro.

Ms. Snežana Remiković, Head of the Department for Demography and Migration Statistics

The conference in Danilovgrad was an opportunity to present the key MICS findings related to the central region of Montenegro, showing that in this part of the country the majority of children attend preschool education – 60%, which stands above the national average of 53%.

While this is an encouraging piece of information, it is necessary to continue to encourage cooperation between kindergartens and families in order to increase this percentage in the future. Every child has the right to benefit from preschool education. Exercising this right for every child in Montenegro must remain a priority for education system reform in the country.

When it comes to immunization, the MICS shows that the highest percentage of mothers who at one point in their child's life decided to delay vaccination because the child was ill at the time or for other reasons is found in the central region. One in three mothers in the central region did so.

Any delay in vaccination extends the time during which a child remains unprotected and at risk of contracting certain infectious diseases against which the vaccine normally protects.

"The practice of delaying vaccinations has become a trend, and it is our task to communicate with parents in order to understand the reasons for such behaviour. We need to educate parents and support them in making decisions that are in the best interests of their children. The science is clear – vaccines save lives. I am using this opportunity to invite all parents who have any dilemma regarding vaccines to contact their doctors or the Institute of Public Health," Begić said.

When it comes to healthcare, the MICS data indicates another priority for the central region: to increase breastfeeding rates. Namely, only one in five babies are breastfed during the first hour after birth in the central region, which is below the national average – one in four babies.

"Given that 98% of deliveries in Montenegro occur in health facilities, low rates of breastfeeding during the first hour after birth indicate that more support needs to be provided to mothers by healthcare professionals so that they start breastfeeding immediately after delivery," Bauer said.

Around two-thirds of children are subjected to at least one form of psychological or physical punishment by their parents. The central region is in line with this national average, which indicates the need to support parents to raise their children without resorting to violent discipline.

"For this reason, UNICEF supports the introduction of positive parenting programmes in Montenegro," Bauer explained.

As was the case with the previous one, this MICS included a designated survey of households in Roma settlements.

The data on children living in Roma settlements shows that they face additional challenges, such as early marriages, higher poverty rates, lower primary and secondary school attendance rates, etc. Therefore, additional support needs to be provided to them, as all children have the same rights.

The MICS survey conducted by the Statistical Office of Montenegro in Montenegro in 2018 with the technical assistance of UNICEF and the financial support of the Government of Montenegro, UNICEF, and UNHCR indicates the areas where further efforts are needed. These are primarily related to early childhood development, protection of children from violence, education, health and life in a clean environment. 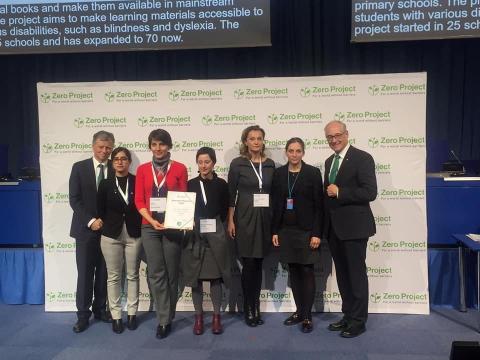 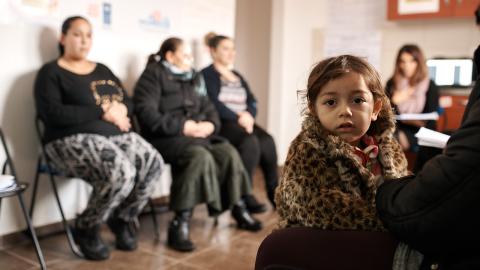 Parenting schools expand to include Nikšić
Fifty-nine-year-old Nusret Bešo from Nikšić is a father of seven.
Read the story 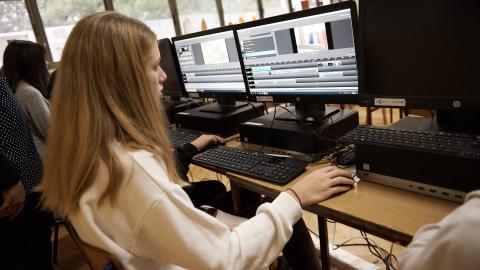 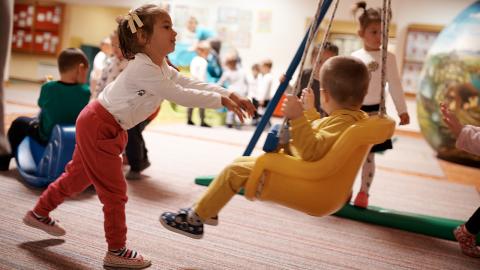 Preschool for Every Child
According to the 2018 MICS, only 16 percent of Roma children aged 3–4 attend any early childhood development programme
Read the story