This was confirmed in the latest IPSOS research, conducted with the support of UNICEF

"The awareness of each and every human being, let alone that of one who is still in development, is subject to permanent, daily change. In fact, the formation of our personality depends only on what we let enter our brain through our senses. We all carefully choose what we eat, what we wear, who we cheer for, who we develop affections for. However, the most important thing is to choose what information and content we want to be exposed to and thus allow it to form our awareness," Antonije Pusic, UNICEF Goodwill Ambassador in Montenegro, said. Together with UNICEF young reporters, he has been leading the "Let's Choose What We Watch" media literacy campaign from the beginning.

That is why the most important thing is to choose what and when we watch, listen, and read. This applies not only to children but also to us adults, because we are witnessing many cases of parents being exposed to harmful media content, who, in turn, automatically expose their children to content that is destructive to the child's mind.

"When we launched the ‘Let's Choose What We Watch’ campaign two years ago, the reality was that the media had a real, positive, but also negative, role in the process of socialization. Therefore, our goal was to point out the significant role of the media for civilization – the role of informing, educating and even providing (creative) entertainment. On the other hand, our goal was also to shed light on many pitfalls that "accompany" the media, such as poor and inadequate content for children, the excessive time that today's children spend in front of a screen, often to the detriment of other social and cultural content, physical activities and the like. Essentially, to point out that parents should have more control over the media content that their children watch and explain to them what is appropriate for their children's age, which content can affect their intellectual and emancipatory development, etc. This means that parents, but also all of us who are members of the global media community, must assume a critical approach to media content and the new culture of needs in general. We must be able to distinguish quality content from that which lacks it, says Professor Lidija Vujacic, who has many years of professional experience in studying anthropology and the sociology of media at the University of Montenegro. At the same time, she is a representative of academia and has taken an active part in the "Let’s Choose What We Watch" campaign from the very beginning.

"We are pleased with the fact that, in a relatively short time, this campaign has contributed to a significant change in approaches and attitudes, and even social norms related to the "use" of media in the household".

Professor Vujacic points out that our message remains the same: Let's choose what we watch, read and listen to, because the influence that the media has on all of us above all depends on the content we are exposed to and how critically we approach it. Quality media content, offered through numerous formats and genres, as well as the analysis of such content, can influence the proper development of children. Therefore, Professor Vujacic invites all parents to talk to their children about the media and limit the content they are exposed to and the amount of time they are exposed to it.

The research has also shown that one's level of education is related to use of the media at home. Namely, citizens who are less educated are significantly less likely to impose restrictions regarding the use of television and the internet. They also talk to their children less often about the media content they are exposed to. The same applies to those living in rural areas and those living in the southern region.

"During the crisis caused by the coronavirus, the problem of difficult access to new technologies and the lack of knowledge and the skills to use them has come into the focus of public attention. This problem has proved to be more pronounced in low-income families and among those with lower education," says Vladimir Raicevic, director of the research agency Ipsos in Montenegro.

"The flood of misinformation and conspiracy theories has reminded us how important media literacy is for a society and its public health, and that parents can foster its development in their children from early childhood with the support of kindergartens and schools, libraries, museums, theatres, cinemas and the media".

The "Let's Choose What We Watch" media literacy campaign was launched by the Electronic Media Agency and UNICEF in February 2018. Its aim is to promote media literacy among parents and children, improve the quality of reporting on child-rights-related issues, and improve the quality of media programmes for young people in Montenegro. The campaign's success has also been recognized at the international level through the Global Media and Information Literacy Award that was presented to the campaign in September 2019. The award was presented by the UNESCO-led Global Alliance for Partnership on Media and Information Literacy (GAPMIL), in cooperation with the United Nations Alliance of Civilizations and an international university network.

Parents, children and the media 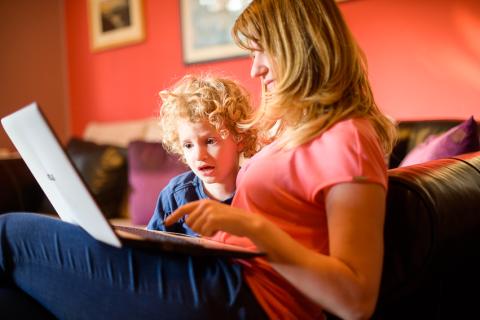 Talk to children about internet risks and opportunities

On Safer Internet Day, UNICEF is calling for parents and institutions to work together to raise media-literate citizens and build a safe digital environment 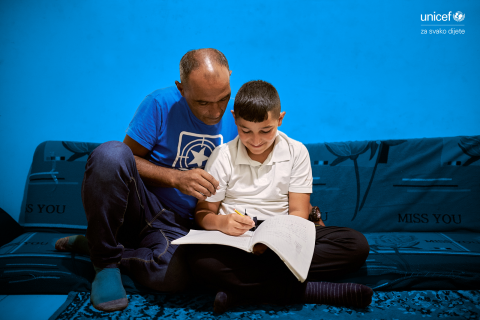 Fight against poverty through family support 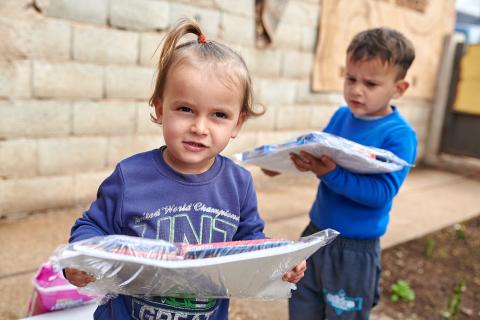 Not everyone is equally affected by the pandemic 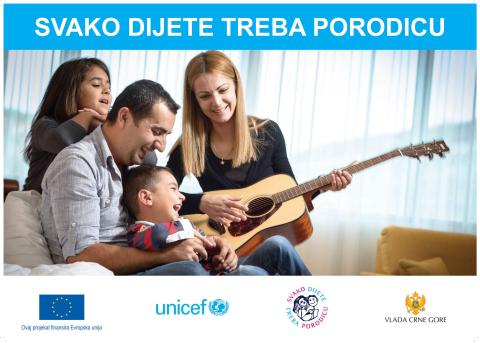 Number of children placed in institutions decreased by 50%