Breastfeeding – the best start to life

PODGORICA, 3 AUGUST 2021 –  Awareness about the importance of breastfeeding has increased in Montenegro during the last decade and this has led to an increase in breastfeeding. Only one in five babies aged from three to six months were exclusively breastfed in 2009, whereas one in two babies are now breastfed at this same age.

However, there is still more work to be done. In particular adequate support needs to be provided to enable mothers to start breastfeeding immediately after delivery and to continue doing so after leaving the hospital. Only one in four mothers of babies, from newborn to six months, in Montenegro, breastfed their babies for the first time during the first hour after giving birth. Three in five mothers confirmed that their babies had received supplementary feeding at the maternity hospital. Almost all mothers (94%) agreed that it was necessary to improve the support provided to them by health professionals in order to achieve breastfeeding as successfully as possible.

A nationally representative survey, conducted by the Ipsos Research Agency in March this year, was carried out with parents of babies, ranging from newborn to six months,  with support from UNICEF and the EU. Their research put forward these key findings and will be published today on the occasion of World Breastfeeding Week. This event is celebrated during the first week of August to raise awareness that breastfeeding is the best start to life for any infant. Breastfeeding brings lifelong health along with many benefits of wellbeing to both mothers and their babies. Available evidence shows that exclusive breastfeeding plays an important role in protecting against overweight and obesity in childhood. It has also been proved to provide a powerful line of defence against the risk of developing a variety of chronic conditions later in life.

Although breastfeeding is natural and instinctive behaviour, it also needs to be learned to be successful. An extensive body of research has demonstrated that mothers require active support in order to establish and sustain appropriate breastfeeding practices.

Breastfeeding in the first months of life cannot be replaced by any kind of formula feeding, just as the closeness and safety provided by a mother’s arms cannot be replaced by any other form of attention. We want our children to develop and grow in a healthy environment. I believe that the establishment of a National Committee on Breastfeeding will significantly contribute to the realisation of our planned activities, all of which aim to increase breastfeeding rates.

WHO and UNICEF launched a Baby-Friendly Hospital Initiative in 1992 to strengthen maternity practices in support of breastfeeding. With the support of UNICEF, the Baby-Friendly Hospital Initiative was introduced in Montenegro in 2000, in seven out of eleven maternity wards. However, work is needed to complete this process and to align it with the latest standards. The Baby Friendly Initiative comprises 10 steps that encourage successful breastfeeding, such as: informing mothers about the benefits of breastfeeding; training staff to help women breastfeed; ensuring that mothers and babies stay together 24 hours a day while they are in hospital and setting standards for breastfeeding support groups to help mothers after they are discharged from hospital.

UNICEF will continue to support Montenegro in improving the quality of its health services, so that every baby can have the best start to life. This includes encouraging breastfeeding immediately after birth and actively supporting mothers to continue breastfeeding through the provision of adequate health services, family support and support in the workplace.

UNICEF and WHO recommend that mothers start breastfeeding within the first hour after birth and that they should exclusively breastfeed their babies during the first 6 months of their lives. .According to the Head of the WHO Country Office in Montenegro, Dr Mina Brajović, breastfeeding can and should still happen during the COVID-19 pandemic.

Available evidence suggests that women with COVID-19 can still breastfeed if they wish as long as they take the following precautions: to practice respiratory hygiene such as wearing a mask during feeding, to wash their hands for 20 seconds before and after touching their baby and to clean and disinfect any surfaces they have touched.

She went on to say that exclusive breastfeeding rates are lower in the WHO European Region than in any other WHO region, with approximately 13% of infants being exclusively breastfed during the first six months of life.

Thanks to support from the EU and from UNICEF, health workers will receive training as part of the Baby-Friendly Hospital Initiative in Montenegro in the autumn. Following that, all maternity wards will be assessed to make a plan for supporting them to achieve the international standards required by the Baby-Friendly Hospital Initiative. Also with the support of the EU and UNICEF, the Ministry of Health will work on harmonising the National Code on the Marketing of Breast-milk Substitutes with the international standards prescribed by WHO.  These standards are implemented and upheld by the Network for Global Monitoring and Support for Implementation of the International Code of Marketing of Breast-milk Substitutes, also known as NetCode, which works to ensure that breast-milk substitutes are not marketed inappropriately. 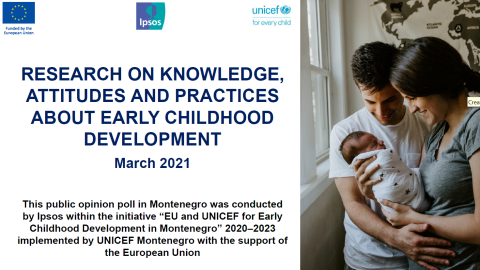 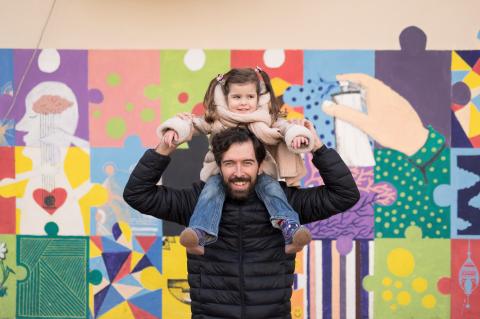 I want to support my children 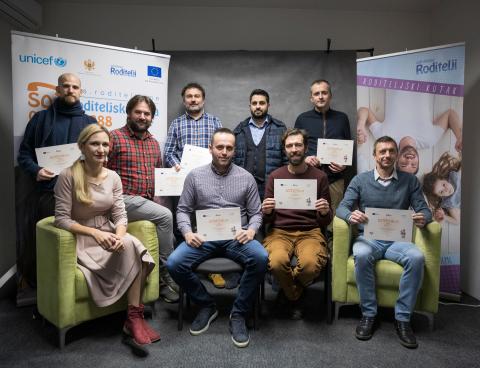 Thanks to the parenting programme, children have more active dads 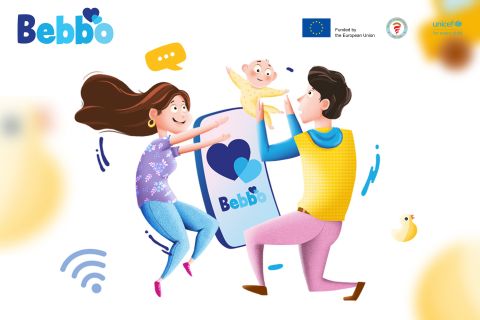 The Bebbo app provides the parents with reliable information on a range of topics including health, nutrition, breastfeeding and safety