Going to school, not getting married. A social protection program transforms lives in Madagascar.

The programme has strengthened the role and influence of women.

Esbelle Razafinjanoro, 40 years old, welcomed us to her home with pride. She lives in Amboasary in the south of Madagascar. Her home reflects both her positive outlook and her perseverance. But it wasn’t always like this.

"I still remember our terrible situation a few years ago,” she recalls. “I had to take my children out of school because we just couldn’t afford to send them anymore.”

A mother of five, Esbelle struggled to support and feed her children by selling charcoal and rice. It was a dark time, she says. A time when she could see few prospects in her future or those of her children.

Today, she is among 70,000 households in the region who are benefitting from a social protection programme implemented by the government of Madagascar and supported by UNICEF and the World Bank. Called FIAVOTA, which means survival in Malagasy, the program provides cash transfers to vulnerable families to support the enrollment of children in school.

Esbelle receives the equivalent of around 7 dollars a month, a modest sum, but enough to meet the family’s basic need to the extent that her two daughters have now returned to school where they attended refresher classes to help them make up for the two years they were away.

Angelica, the elder daughter, is now 18 and wants to be a midwife. She plans to enter high school this year and is preparing for the entrance exam. "I feel blessed seeing them at school,” says Esbelle. “If not for this programme, Angelica would already be married." Early marriage, often as a result of poverty, is widespread in Madagascar where 40% of girls are married before the age of 18.

In addition to the monthly stipend, the FIAVOTA program provides vulnerable families with an initial cash grant to help them create a means of earning an income. Esbelle bought chickens and a coop and is now earning extra money by selling the eggs. She has also become one of 25 mothers in the area who help to organize and oversee the programme.  "It’s a joy to be able to share with others our pride in being able to live with dignity,” she says.

If not for this programme, Angelica would already be married.

In the district of Amboasary, UNICEF is funding 4,000 out of the 70,000 beneficiaries. According to Falison Razafinjatovo, director of the Fund for Development Intervention, an implementing partner of the Fiavota program, families in the area have now received their 20th cash payment. "We have seen an incredible increase in school enrollment and retention among the children of beneficiary families,” he says. “We’ve also seen a clear improvement in family diets and improvements in the management of their health.”

The programme has also strengthened the role and influence of women, says Esbelle. As the managers of the household, women are both the direct beneficiaries and most ardent supporters of the initiative. 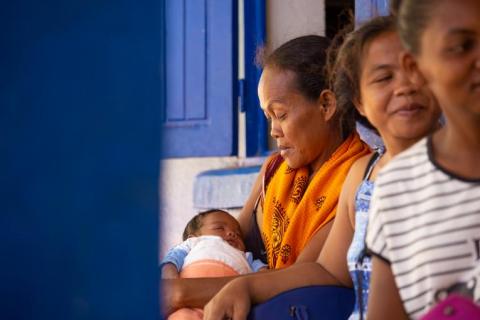 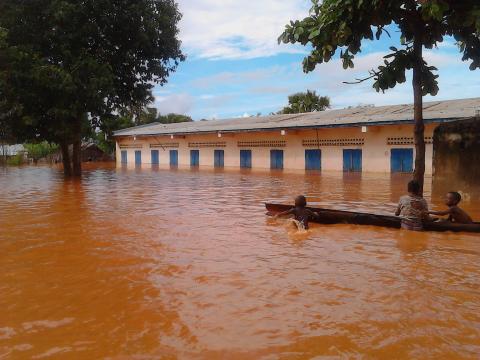 The flood took everything away leaving my future in jeopardy
Kamaria, 12, and her family had to flee their home in northwest Madagascar after days of torrential rains caused severe flooding.
Read the story 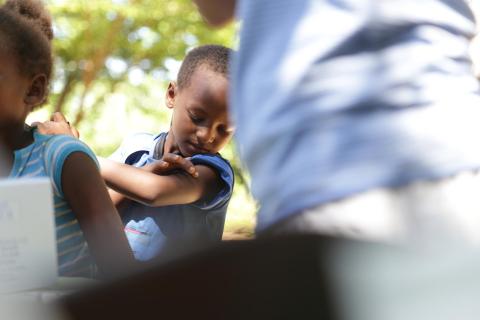 Vaccines : A little pain, a big gain
Vaccines save lives. The small sting of the vaccine protects against many diseases that can really hurt, or worse
Read the story