International Albinism Awareness Day: UNICEF and partners unite to promote the rights of all people with albinism 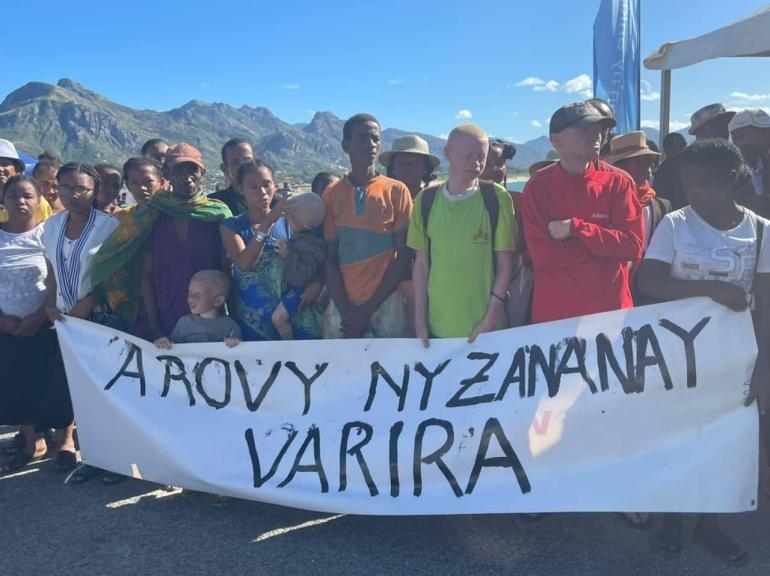 Fort-Dauphin, 13 June, 2022 – On this International Albinism Awareness Day, UNICEF and its partners are raising their voices in unity to remind that every child must fully benefit from his rights regardless of his difference. The day is an essential point to “raise the voice” of every child with albinism across the country for the establishment of a safe and secure environment conducive for their full development.

Indeed, Madagascar has chosen to focus the celebration specifically on the right to protection of children with albinism. Bias against people living with albinism is strongly rooted in the perception of Malagasy communities, thus confronting these people with all kinds of physical aggression. More than 13 reported cases of kidnapping in the three regions of the deep South (Anosy, Androy, Atsimo Andrefana), including 1 murder of children with albinism, have been recorded over the past two years. Among them, nine cases concern the Anosy region. Other regions are concerned, notably Atsimo-Andrefana and Menabe, and also Haute Matsiatra, Ihorombe, Vatovavy and Fitovinany which have recently recorded cases of violence against children with albinism. Today, these incidents do not only affect children but also adults.

“This is an opportunity to alert each of us with a view to a strong commitment from all stakeholders to support the efforts already undertaken by the Malagasy government towards these vulnerable people. We must be aware of the abuses constantly perpetrated on this minority because of certain myths or beliefs that we must socially deconstruct and strongly condemn," said Awa Ouattara Guedegbe, Chief of Behaviour Change section of UNICEF, speaking on behalf of Jean-François Basse, UNICEF Representative.

The celebration also joins the 3rd edition of the campaign "A trip to Child Rights", during which UNICEF raises awareness on the respect and promotion of children's rights. It comes after consciousness raising on essential family planning in 2019 and the celebration of inclusive education day in 2021.

A series of activities was held in the city of Fort-Dauphin, in order to raise awareness among all the stakeholders, following a few testimonies from people with albinism, and also a round table with the participation of all partners in order to yield a commitment to the protection of these vulnerable people. Storytelling and painting workshops were organized to disseminate the subject and reach the whole community. 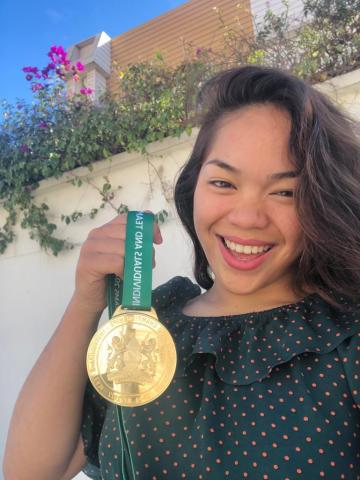 Fagniria, a symbol of hope for Malagasy children w/ albinism

Fagniria is a young child with albinism. His story proudly symbolizes inclusion and the ongoing struggle for access for all Malagasy children to their right 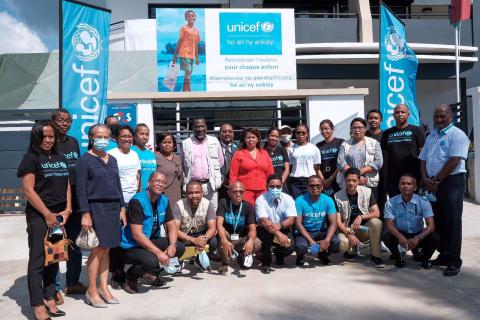 To strengthen the presence of local teams, UNICEF inaugurates its regional office for the Analanjirofo Region, in Fénérive-Est 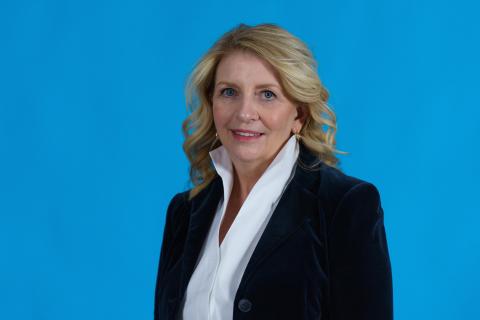