People living here, or, rather, surviving here, have crossed the Lebanese border with almost nothing and are now facing winter, during which temperatures often dip below 0⁰ C and snow falls regularly.

In Dalhamieh, a small village in the Bekaa Valley, Syrian refugees are streaming into an informal camp, where their makeshift tents multiply daily. As of 19 December, this informal camp had sheltered about 698 refugees, of whom 86 were children under 2 years old.

People living here, or, rather, surviving here, have crossed the Lebanese border with almost nothing and are now facing winter, during which temperatures often dip below 0⁰ C and snow falls regularly.

The day before, pouring rain had infiltrated the tents and made difficult living conditions worse. Made of cardboard boxes, plastic and stones, these shelters scarcely resist the difficult climate. Children walk with plastic bags rolled around their shoes to protect them from being ruined as the plunge their legs into the mud.

By 19 December 2012, UNHCR had estimated the number of Syrian refugees registered or waiting registration in Lebanon to be more than 163,000.

The real numbers are, however, believed to be substantially higher, as many Syrians have chosen not to register for security and other reasons, thus making Lebanon one of the countries receiving the highest number of Syrian refugees in the region.

Approximately 35,000 displaced Syrian children aged 0 to 14 are now located in the North and Bekaa regions of Lebanon, areas facing extreme winter weather conditions. Last week, about 270 Syrian refugees sheltering in Lebanon were hospitalized, highlighting the desperate and precarious living conditions faced by many Syrian refugee families. A key priority for UNICEF, as winter approaches, is keeping these children warm, safe and healthy.

Twelve-year-old Yahya* and his family have sought refuge in this camp since September 2012. They have no blankets and are fighting the cold with only a chimney originally made to burn wood. Yahya’s family burn plastic found in garbage heaps or on the road. They do not have money to purchase firewood.

“We have no heating. People want to stay warm, and they cannot. We just need blankets to stay warm; we don’t have any,” he says. Yahya wears the only clothes with which he arrived in Lebanon. They are insufficient to confront the cold weather and the rain.

Hanan and her family lack basic hygiene and sanitation facilities. Toilets are rudimentary, often consisting in a simple hole in the ground.

Lina’s latrine has flooded, turning her living quarters into an open sewer. “It floods! When it rains, water gets in and it floods and everything comes up. So we have to dig another hole. What can we do?” she asks.

With latrines flooding, germs roaming free and an inability to maintain adequate hygiene and sanitation, this camp is at great risk of waterborne diseases, such as Hepatitis A and cholera.

Further along in the Bekaa Valley, in the small village of Adous, Abood Mustafa, a Lebanese resident, says that hospital admissions are on the rise and fears that they will only increase during the winter months. “We’re trying to help, we cut some wood, and we’re trying to make things work…There are still people without water tanks, water filters, blankets, or mattresses. People who crossed the frontiers into Lebanon arrive with absolutely nothing,” he says.

UNICEF, along with its partners, is rolling out a winterization programme in Lebanon to provide refugees in Akkar, North Lebanon and the Bekaa Valley with winterization kits. UNICEF is beginning to provide Syrian refugee children with winter clothes. The organization is targeting 30,000 children, half of them to receive kits including shoes, socks, trousers, a jacket, a cap, gloves and tights and the other half to receive vouchers to buy clothes in a nearby market.

Syrian refugees will be also provided with blankets, plastic sheets, family hygiene and baby kits. Distribution of medication and nutrition supplies is also being planned.

According to Supply and Logistic Specialist at UNICEF in Lebanon Olivier Mulet, time is a challenge because the situation of refugees is worsening every day: “This is why we looked at the local market availability and utilized the voucher system, which allows a very quick response.”

Many Syrian refugee children are overwhelmed, as they have never imagined being caught in such a situation. “We fled the violence in Syria with almost nothing. We did not have time to pack, and some among us had already lost everything with the bombing of their house. In addition, the weather there was extremely warm when we left, and no one was thinking about a potential long-term exile requiring clothes for the next seasons,” says 10-year-old Samir.

* Names have been changed to protect children’s identities. 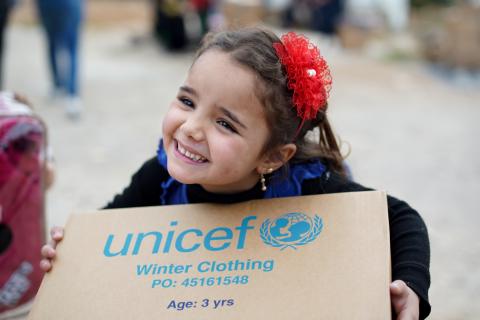 They know they can rely on UNICEF for support

“We all here must be very grateful for what UNICEF provide” 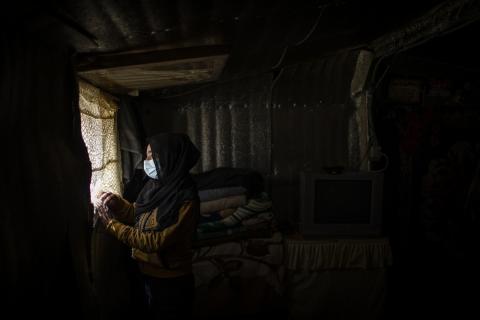 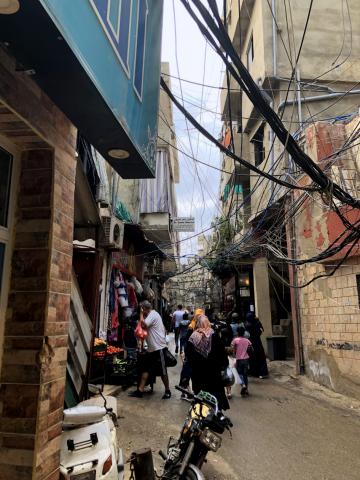 “My children have nothing; no food, no clothes, nothing!”

This is the story of four families of different nationalities living in southern Beirut’s Burj El Barajneh camp. 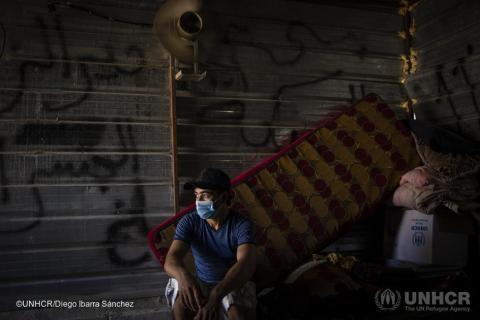