The Model Husband of in Parents’Club in Jacmel

How to fight against malnutrition and pass on the good behaviours and practices? About 60 parents' clubs are active across two regions in Haiti and make tangible results. As in Jacmel, in the Southeast, where a man singles out himself by his presence in an only ladies' club to learn with his wife how to accompany the first 1000 days of their twins.

“The parents' club allowed me to assume my fatherhood.” Guino Sylvain is full of praise for the Jacmel parents' club in the southeastern department of Haiti. This young teacher couldn’t imagine that one day, he would attend a club where he’d be offered “advice and key family practices”, one of the topics being prevention of malnutrition for children under 5 years. One day, he meets a nurse full of energy, “Miss Lorestal” as Guino affectionately calls her.

This end of August, the nurse from the Orangers health center on the heights of Jacmel holds a session of “card game” on good and bad nutritional practices. In a wooden shelter, about some 20 mothers and Guino, the only father present. “At first, it seemed weird to be the only man here,” he explains placidly. “But I have always been behind my wife, and it seemed important to me to accompany her.” Guino's support was “decisive” for his wife Micherline. “When the gynecologist told me that I was pregnant with twins, it was a shock,” she says today with her daughter on her lap, babbling. “The world had collapsed. I was wondering how we would do because I do not have a job. That's when I was told about the parents' club.”

To set up Parents’ clubs, UNICEF trained lead mothers focusing on topics promoting healthy child’s growth and development from Fact for Life, a joint UN and World Bank publication aiming to provide families and communities with the information they need to save and improve the lives of children.

Prevention from malnutrition is key in the current Haitian context characterized by chronic poverty coupled with a deep socio-economic crisis as local currency lost nearly 50 per cent of its value this past year. Parents cannot afford to pay for medical fees to treat their children when they suffer from preventable diseases. Awareness-raising activities are beneficial to communities.

The Orangers club has reassured the couple who have not missed one of these happy reunions ever since. Guino cradles his son not far from the group who continues to share joyfully good behaviours to adopt. “It was necessary to tackle taboos,” says Magali Constant Duguerre, Ministry of Health’s nutrition focal point for the Southeast. “We had to overcome cultural prejudices like “it's not good to breastfeed your baby.” In Haiti, for several decades, there has been a loss of good behaviours for infants and young children’s development. Breastfeeding is totally lost. We must repeat “exclusive breastfeeding until the baby's first 6 months is vital”. And in practice, only 40% of Haitian mothers exclusively breastfeed their babies until that age. Still too little. And yet the practice has immediate effects according to Micherline. “My babies have not been sick. They had very little diarrhea.” Sitting next to him, Guino with a smile on his face. “Our children are joyful,” he says, himself seemingly very happy.

On their knees, their children, a girl, a boy, discuss in their baby language. On the opposite bench, a neighbor describes the card in her hand. “Do not give rice to your baby under 6 months old”. In Haiti, 300,000 children under 5 suffer from chronic malnutrition. "Clubs offer playful advice to adopting good behaviors with a baby," says Carine Flerismond, nutrition officer at UNICEF. “We have 61 clubs all over the country, and more than a thousand parents attend.”

In Jacmel, the Orangers parents' club has become a source of pride. Last July, a ceremony worthy of graduation in the American style, was an appointment full of emotions and celebrated as a real victory and an example to follow for all Haitians. 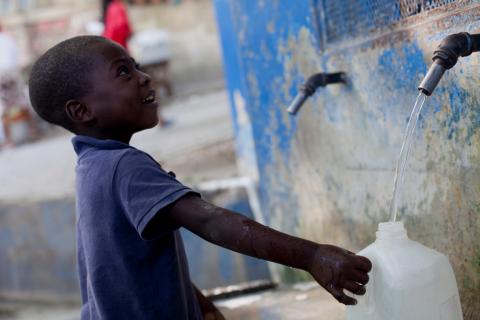 Weeks of demonstrations shut down access to essential goods 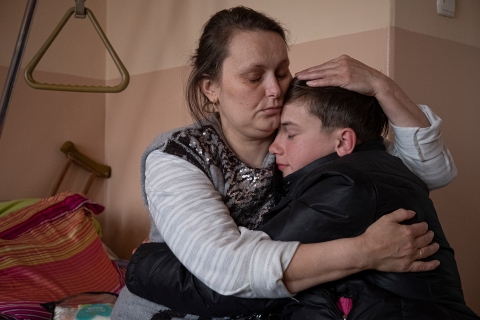 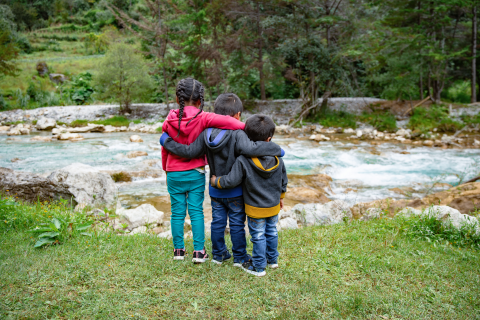 Launch of “Unaccompanied Footsteps": Campaign to raise awareness of the risks faced by unaccompanied refugee and migrant children and adolescents in Latin America 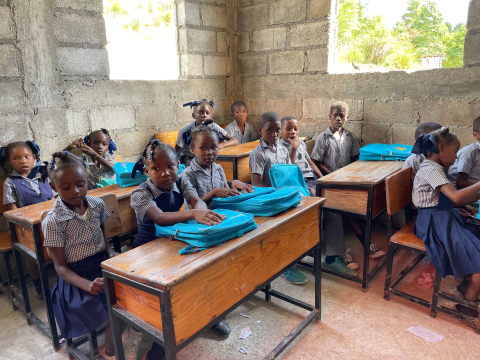