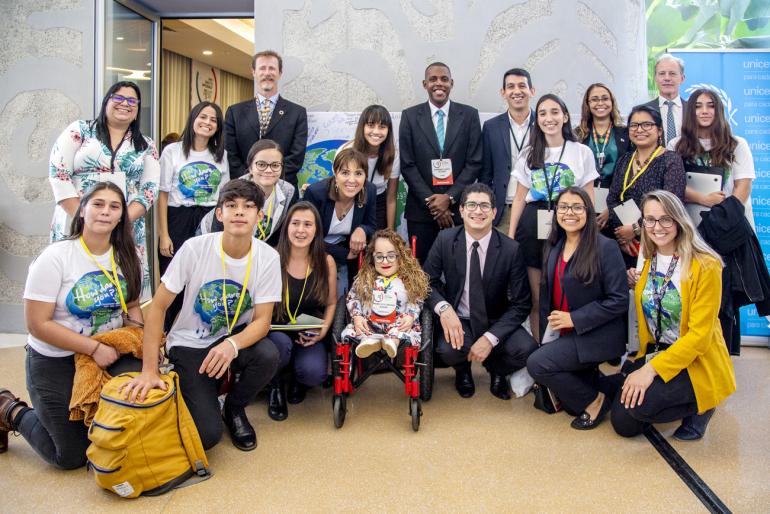 SAN JOSÉ/COSTA RICA, October 8, 2019 – After a dialogue held with 17 young climate activists on the opening day of PreCOP25 in Costa Rica, Andrew Gilmour, UN Assistant Secretary-General for Human Rights and David R. Boyd, UN Special Rapporteur on Human Rights and the Environment, stressed the need to promote and include youth-led proposals for #ClimateAction as part of the PreCOP25.

Mr. Gilmour stressed that participation is a key human right and called for youth participation in the decision-making process of every single #ClimateAction. “There will be no solution to the climate emergency without empowering young people to exercise their right to participate and to be heard,” he said. “The UN stands ready to support youth as active agents of change in global efforts to fight climate change.  The message we received loud and clear from youth representatives from many Latin American countries is that they are not receiving adequate education on either human rights or climate change. And without such education they cannot hope to play a meaningful role in asserting their rights, defending the rights of others, or contributing to efforts to reduce carbon emissions and ensure effective climate action.”

In collaboration with UNICEF, YOUNGO, Concausa, Youth and Climate Change, the 17 young climate activists were also part of the Local Conference of Youth (LCOY) that brought together 70 young people from Latin America and the Caribbean to showcase their #ClimateActions and develop the Youth Declaration presented at the PreCOP25 opening plenary event.

“They told us that we young people are the future, but we realized that we are the present and we are taking action for climate change. We are not requesting to be taken into account. We demand to be part of the decision-making” said Sara Cognuck, Coordinator of the LCOY.

According to EM-DAT Emergency Events Database, UNICEF estimates that over 63 million children have been affected by an extreme weather event of climate related disaster over the past 30 years. This represents an average of 2.1 million children affected in the region every year.

“Young people form the generation that will implement and live through the policies and Nationally Determined Contributions (NDCs) that are written today. Young people are campaigners, researchers, workforce, and future decision makers; their meaningful engagement therefore needs to be central part of all processes,” said Yugratna Sristava, Representative of YOUNGO.

Mr. David Boyd remarked “Climate change is part of the global environmental crisis, threatening the rights of billions of people. Implementing youth-led solutions to overcome our fossil fuel addiction, deforestation, and industrial agriculture must be priorities in addressing the climate change emergency”. 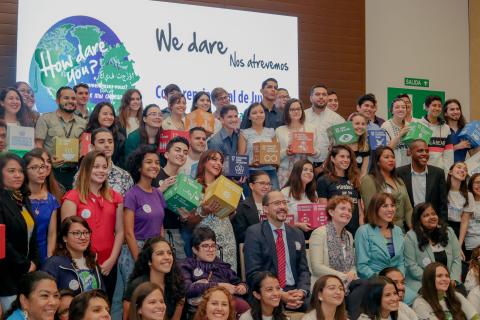 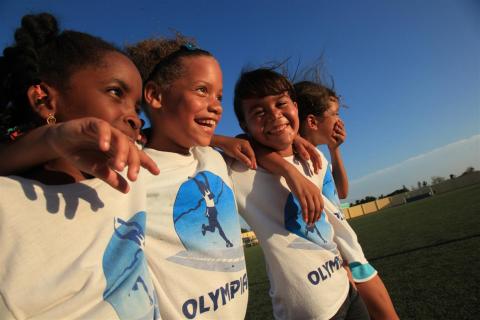 Talking to your kids about racism

How to start the important conversation and keep it going. 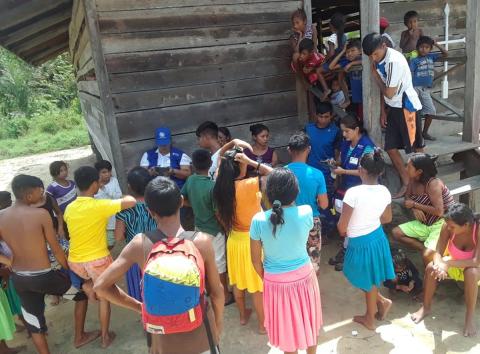 COVID-19 must be addressed through international solidarity and cooperation 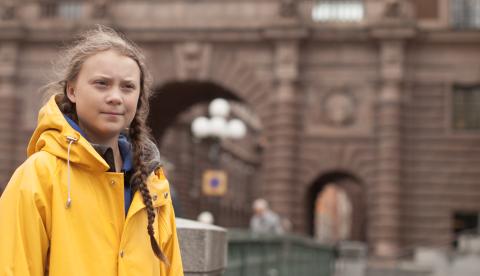