Seeking out Kyrgyzstan’s families in need to sustain peace

Providing disadvantaged children with a fair chance today is crucial to harvest a more stable, peaceful society in the future.

Ermek Batyrov has taken us to Shark, a village in the district where he serves as head of the Department of Family Support and Children. Leading the way, he eventually stops at a simple, clay-walled house.

We are in Kyrgyzstan’s southern Osh province, and this is the house of Momina Salieva. Her family is formally categorized as one in a difficult life situation.

There are two more such families in Shark village, with four children between them.

Momina is sick today, and we cannot see her, so we talk with some of the other family members instead. Theirs is a gloomy situation. Recently, Momina took over guardianship for five of her grandchildren, after their mother was handed a prison sentence by a local court.

Concern for the children

Ermek Batyrov is witness to much human suffering in his job. His concern is, most of all, for the children:

‘This work can be very hard emotionally hard. Sometimes in the evenings I consider writing my letter of resignation and leaving the job. But then, in the morning, I picture the little children who need help, and I understand that I cannot let them down.

UNICEF/Vlad Ushakov
It’s an important day for four year old Nazima: Ermek Batyrov has brought her her birth certificate – proof that she is a citizen

Coming to Momina’s house today, Ermek has good news: he has brought with him a birth certificate for her four-year-old granddaughter Nazima. The girl is too young to get excited about the little red booklet, but it will be important to her nevertheless: the birth certificate is proof she is a citizen. Not having one complicates access to health services, education, and more.

Momina’s family belongs to Kyrgyzstan's ethnic Uzbek minority, which resides predominantly in the southern Osh and Batken provinces. On the whole, Uzbeks score less well than the majority Kyrgyz population on many social and economic indicators, including participation in local decision-making and access to services.

In 2010, Kyrgyzstan saw a violent conflict between ethnic Kyrgyz and Uzbeks, with several hundred people killed and some 400,000 displaced. The country has since returned to peace and relative stability. But the peace has yet to be fully consolidated.

Social inequality may be seen as a root cause of conflict in Kyrgyzstan. When the social protection system and local governments fail to timely reach the most vulnerable irrespective of ethnicity or related grounds, it leads to frustration and alienation, and fuels local tension. For this reason, social protection is one of the programmes that the Peacebuilding Fund supports to sustain peace here.

A new way to support families in need

In 2015, the Government of Kyrgyzstan passed Regulation № 391, on the identification and case management for children and families in a difficult life situation. ‘That was the best thing to happen that year’, Batyrov says emphatically. ‘It has made my work easier, because it clarifies what obligations various authorities have towards families and children in a difficult life situation.’

Regulation #391 brings together different ministries, municipalities, primary health services, state registration authorities and other institutions to solve jointly and efficiently questions related to the most vulnerable children and their families.

A critical feature of the Regulation lies in how families who are in a difficult life situation, and thus entitled to social support, are identified. Earlier, identification depended on families themselves presenting their case and applying for support. Now, however, social workers of district departments of the Ministry of labor and social development, and municipalities, have begun to proactively seek out families and children in need.

‘It can be challenging, making several institutions work together in a synchronized manner and think in terms of outreach’, says UNICEF Social Policy Specialist Gulsana Turusbekova. ‘The social support system has been largely unchanged for the last 20 years.’

The policy changes inherent in Regulation № 391 were advocated for by UNICEF. The Regulation itself is based on a UNICEF-conceived pilot project. When the Government decided to implement it on a national scale, UNICEF provided technical support in the preparation of the Regulation, as well as guidelines for its implementation.

Since the Regulation was passed, UNICEF has provided a tailored training program on its innovations and implementation, funded by the United Nations Peacebuilding Fund. Participants are state and municipality officials.

‘These trainings are the most valuable thing UNICEF could give to us, because they enable us to do our work in the best possible way’, says Batyrov, who participated.

On a path to a better life

Momina’s family was found by social workers through proactive identification. They lived below the poverty line; also, none of the family members had official documents. Ermek Batyrov’s team helped them recover birth certificates and internal passports, and also to obtain monthly allowances of 705 som (11 USD) for each of the five children.

There are many families like Momina’s in the district where their village is located: those without documents, without means of support, where migrant workers have left their children in the guardianship of others; with a housebound child with disability.

The social workers’ concern is to find such families, have them registered, assess their needs, provide assistance – and help them onto a path to a better life.

‘Providing disadvantaged children with a fair chance today, we will harvest a more stable, peaceful society in the future.’ 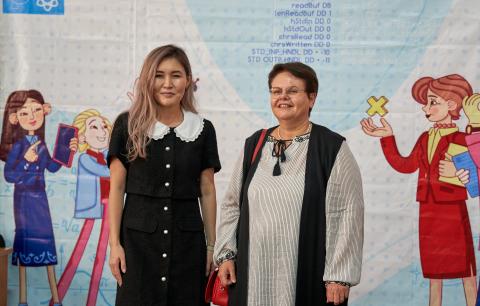 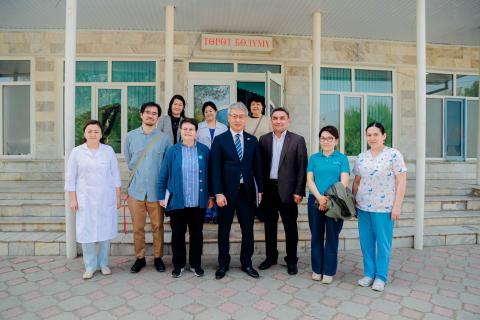 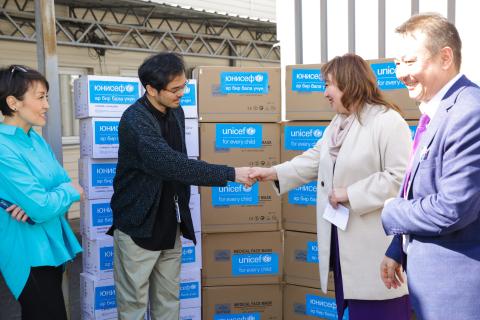