Ahead of the friendly football match Kyrgyzstan – Lebanon, a high level press conference dedicated to the promotion of children’s rights, focusing on the importance of family care for every child. 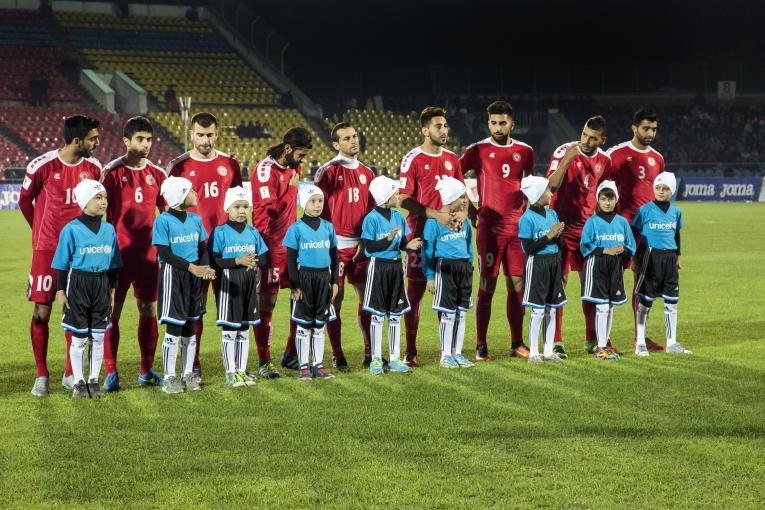 Medical Surveys say that for every three months spent in residential institution, the child's physical development is lagging behind by one month. Nothing can replace the family for the child.

Following the partnership between the Football Federation of the Kyrgyz Republic and UNICEF, a series of football friendly matches have been devoted to the children’s rights. The friendly match between the national teams of Kyrgyzstan and Lebanon taking place on 6 October 2016is dedicated to the importance of family for each child. There are 10 908 orphans registered in Kyrgyzstan. About 94 per cent of the children in residential institutions have at least one living parent.

“UNICEF studies show that the resources spent on residential care for children deprived of parental care could be better used to provide services for family. Medical Surveys say that for every three months spent in such place, the child's physical development is lagging behind by one month. Nothing can replace the family for the child,” said Yukie Mokuo, UNICEF Representative.

Semetei Sultanov, President of FFKR, stressed the importance of the family care for children: "Family is the most valuable thing in a person's life. Every child needs a family. I am very pleased that through football we can draw our society attention to this very important issue. After all, football - it's also a great big family."

UNICEF has a long history of cooperation with sport entities, including such football clubs as Barcelona and Manchester United. In Kyrgyzstan, UNICEF and the Football Federation signed the Memorandum of Understanding to join forces in drawing public attention to the protection of children's rights through the unique power of sport. The first match between the national teams of Kyrgyzstan and Philippines was devoted to the rights of children with disabilities, while the second one – to the importance of family care for every child.