Youth become agents for positive change in their communities

Over half of the population in Kyrgyzstan is under the age of 25, and almost a third of the population is between 15 and 25 years old. Youth in Kyrgyzstan live in an environment where poverty and unemployment are widespread - affecting over 40 per cent of youth - economic opportunities are limited, access to public services is poor, corruption is pervasive and opportunities to make their voices heard in public or private are scarce. Moreover, tensions between ethnic groups and other sensitive issues lead to conflict and harmful behaviour among marginalized and disengaged youth.

This makes 31 per cent of youth “afraid of the future or uncertain about tomorrow."

Conflicts affect the well-being of children in many ways, especially among adolescents and youth. The Kyrgyzstan is prone to various conflicts, especially interethnic tensions and border disputes. Much progress has been made to stabilize the situation since the interethnic conflict of 2010, with considerable support from the international community.

However, there are still peacebuilding challenges linked to root causes of conflict that must be addressed to prevent a relapse into violence. Youth and adolescents have been seen both as victims and as perpetrators in those conflicts, and yet, their unique capacity to contribute to the country’s development and unity has been often overlooked.

UNICEF opened a dedicated youth programme in 2010 based on the research findings about the wide range of challenges that youth in Kyrgyzstan face. It aims to improve youths’ lives by building life skills and developing civic competencies that empower them to participate on issues that matter to them.

UNICEF created a network of 32 youth centres to provide a space for youth of different backgrounds - including minorities - to interact and acquire useful skills that they can use to better their personal lives and serve their communities.

Hundreds of youth attended on-the-job trainings and internships as a way to build employability skills and make informed choices about their future career.

As peacebuilding remains a priority, the programme involved young people to cross-border cooperation building initiatives between Kyrgyzstan and Tajikistan, which was highlighted as a good practice for the region.

Using unconventional channels of youth engagement has been a particular feature of UNICEF’s work on youth.

Youth have also been supported to conduct small-scale social research in their own areas, and organize projects based on the research findings for the common good and reach out to vulnerable youth. The programme is actively moving into the digital space to reach out more young people.

UNICEF introduced “M-report” to Kyrgyzstan, an SMS and text-based survey that gives an opportunity for the easy and quick collection of opinions of youth on issues that matter to them. It creates valuable publicly available data for the Government and the wider public.

UNICEF is collaborating closely with the State Agency for Youth, Sports and Physical Training (The State Agency) to promote an engaging youth policy that meets the needs of all young people. The youth centre users and other youth groups are participating in this process, advocating for their rights and the needs of the most vulnerable..

In this links and attachments below you will find some resources related to UNICEF’s Youth Programme in Kyrgyzstan mainly in Russian language:

Increasing resilience of youth for peaceful and inclusive communities 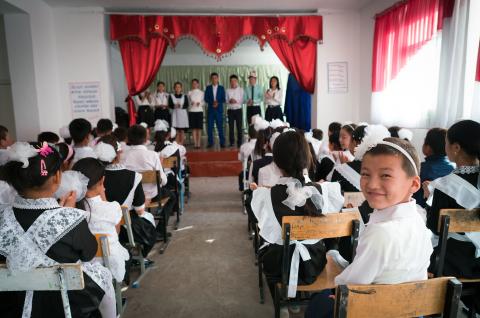 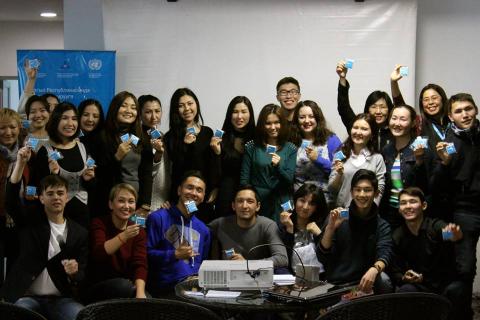 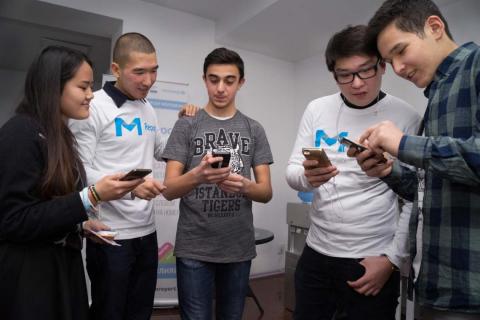 ‘Multilingual’ does not mean having a lot of language classes.