Surviving Indonesia’s earthquake and tsunami through support for breastfeeding mothers

After an emergency, UNICEF’s foremost priority is to prevent death and malnutrition particularly in the most vulnerable groups: infants, children, pregnant women and breastfeeding mothers.

Nela Anggraini inhaled deeply and placed her palm on her neighbour’s forehead. Listening intently to the soft voice of a trainer guiding her, Nela gently massaged the face, neck and shoulders, which visibly relaxed to her touch.

Babies and young children quietly played by the feet of their mothers as they took part in a Mothers’ Class for the survivors of an earthquake and tsunami which struck their homes in Sigi, Central Sulawesi on 28 September.

After an emergency, UNICEF’s foremost priority is to prevent death and malnutrition particularly in the most vulnerable groups: infants, children, pregnant women and breastfeeding mothers. The experience of a disaster can especially impact the psychological and social wellbeing of mothers, hindering their ability to produce enough milk for their babies. If a mother finds it hard to breastfeed then she’s much more likely to try something else. But with adequate emotional and technical support, virtually all mothers can continue to breastfeed, even in emergency situations.

In Sigi, the class did not start with a complex presentation on the importance of breastfeeding and nutrition, but with “active listening”. A team of seven breastfeeding and nutrition counsellors, supported by UNICEF, first asked the mothers how they were doing, and what they preferred to be called. “Mama” they replied, rather than ‘ibu’ which is the formal Indonesian word for mother.

When asked about what they needed, the answer was just as clear.

“Children get (psychosocial) support when they get back to school. What about us?” asked Nela.

The simple question led to an hour-long psychosocial session for the mothers, which included a discussion on whether or not their camp’s community kitchen had considered the nutritional needs of babies and children. It had not. But the mothers were enthusiastic about making a change.  They also spoke about privacy and space in the camp.

The class was deliberately kept small - around 8-15 people in a group – and forms part of UNICEF’s wider support to the Ministry of Health to develop the nutrition in emergency response plan for Central Sulawesi.  This wider support includes mobilizing health cadres and support from fathers, as well as training staff to train for infant and young child feeding (IYCF) counsellors.

At around 40 per cent, the exclusive breastfeeding rate in Central Sulawesi is already low compared to the national rate of 51.5 per cent in Indonesia. Mothers say that they are too busy working to breastfeed. Some are swayed by advertisements promising that their children will grow up smarter and healthier if they switch to formula milk.

Wiyarni Pambudi, a pediatrician and leading figure of UNICEF Indonesia’s partners Selasi (Indonesian Centre for Lactation) and AIMI (The Indonesian Association for Breastfeeding Mothers), said: “In emergencies, breastfeeding remains the safest, most nutritious and reliable food source for infants under the age of six months.”

Indeed, breastmilk is always at the right temperature, requires no preparation and is readily available even in settings with limited access to clean water and adequate hygiene. Breastfeeding continues to offer these benefits through the ages of 6–23 months as children eat their first solid foods. Breastmilk contains antibodies and other components that protect children against deadly infections—no matter where they live. This life-saving protection is especially vital in emergency contexts, where access to clean water and hygienic conditions—needed to prepare and use powdered infant formula—are frequently compromised, increasing the risk of diarrhoea and other diseases.

In emergencies, breastfeeding remains the safest, most nutritious and reliable food source for infants under the age of six months.

The situation in Sulawesi was no different from any other emergency in this respect. Desperate mothers in camps describe feeding babies with sugared water in the days following the disaster. After the first week, donations of formula milk started to come, partly driven by commercial interests, but partly because many people are still unware of its risks.  Just like in other emergencies, the rates of diarrhoea did increase in camps.

According to global guidance, breastmilk substitutes required for an emergency response should only be purchased and distribution needs to be carefully regulated. Its promotion is forbidden. With UNICEF’s support, the Ministry of Health issued a circular on the donation of breastmilk substitute and the use of formula during emergency. The circular aims to prevent uncontrolled donation of infant formula and its use by non-breastfed mothers. UNICEF is also supporting the Ministry of Health to integrate services for child health, including care for children suffering from severe acute malnutrition at health facilities, under the nutrition emergency response plan.

Nela, the team of counsellors and health workers face an enormous challenge. But they are undeterred.

“This class is brilliant. We really need it,” she said. “I really see the benefits of breastfeeding in my own children and I am really eager to learn more so I can convince others. I have been asked to gather volunteers to prepare nutritious food for our children. I can’t wait to be a volunteer.” 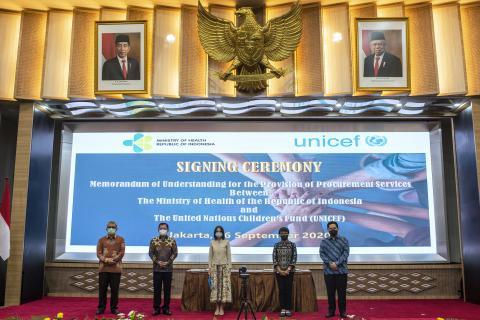 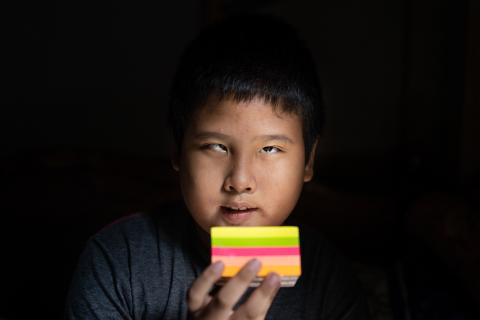 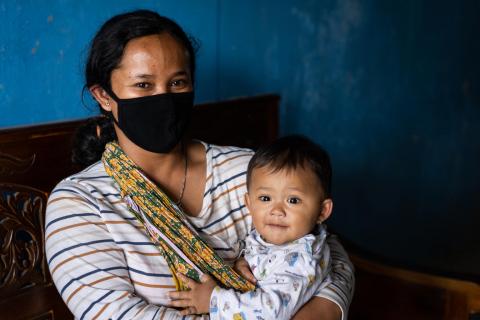 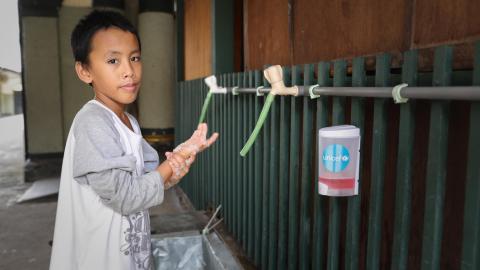