Indonesia: New Poll Reveals How Children and Young People are Coping with the COVID-19 Outbreak

More than 7,000 respondents aged 15-30 from all 34 provinces in the country replied to the survey

JAKARTA, 06 April 2020 – Amid the growing numbers of confirmed COVID-19 cases and the closure of schools, universities and offices in Indonesia, a new online poll reveals how children and young people are coping with the outbreak.

The poll, conducted by UNICEF between 27-31 March via the engagement platform U-Report, through SMS and instant messaging apps, generated more than 7,000 responses from young people aged 15-30 from all 34 provinces in the country. Participants were asked a series of questions to gauge their feelings about COVID-19 and their understanding of symptoms and prevention.

According to the poll, an increasing number of young people (90 per cent) agreed that the government can handle the COVID-19 response, compared with 83 per cent in a similar poll taken in February 2020. Similarly, some 83 per cent agreed that the government has provided sufficient information to citizens about COVID-19, up from 75 per cent in February 2020.

The results suggest that there is better understanding among young people of how they can protect themselves from COVID-19. When asked what is the most effective measure to prevent infection, a majority (39 per cent) chose washing hands with soap, which the World Health Organization lists as its top public safety recommendation. In a previous poll of an open question, just 8 per cent of respondents answered handwashing with soap, while 26 per cent answered handwashing with no mention of soap.

While the government has imposed large-scale social restrictions to help control the spread of the virus, more than half (54 per cent) said they have been outside their homes for reasons other than shopping for food or seeking medical treatment. About two-thirds (66 per cent) said that people around them are not keeping at least a one-metre distance from each other.

As the virus spreads, so has misinformation, with four-in-five respondents reporting that they received information they later found out was a hoax or false. Most (39 per cent) cited mass media, which includes TV and newspapers, as their most trusted source of information on COVID-19, followed by social media platforms (31 per cent) and online media (18 per cent). Along with WHO, UNICEF is working with its partners to find, expose and respond to misinformation online.

The poll is one of the listening exercises led by UNICEF and its partners to better understand public perceptions, concerns and trust in the response to the pandemic. As a follow-up to a similar UNICEF poll conducted between 1-4 February, it measures trends over the past two months and received more than double the amount of responses.

The polls are used by Indonesia’s Risk Communication and Community Engagement (RCCE) Working Group which includes government ministries, UN agencies, NGOs, media organizations and private sector companies. The results help to develop actionable information and key messages on how to stay safe that are distributed to the public through different communications channels such as websites, chatbots, call centres and SMS blasts.

For more results from the poll, go to: http://indonesia.ureport.in/opinion/4094/

Visit this page to read results from the poll 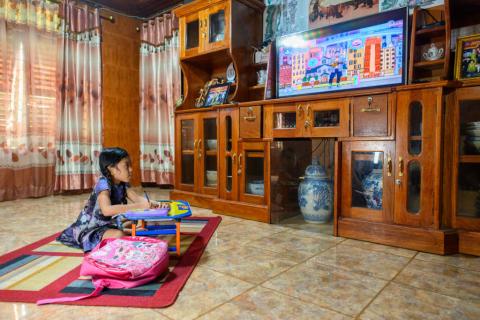 Learning from home during the COVID-19 pandemic
With her school closed, 6-year-old Moreyna strives to continue learning at home in Papua
Read the story 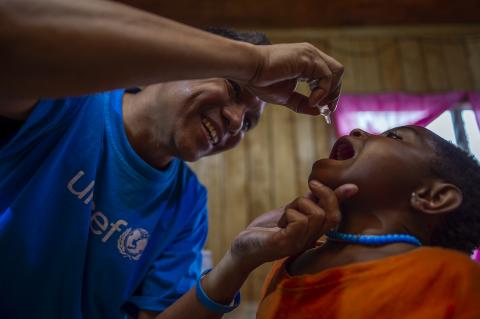 Indonesia: More than half of health facilities report significant disruptions to immunization services from COVID-19
Visit the page 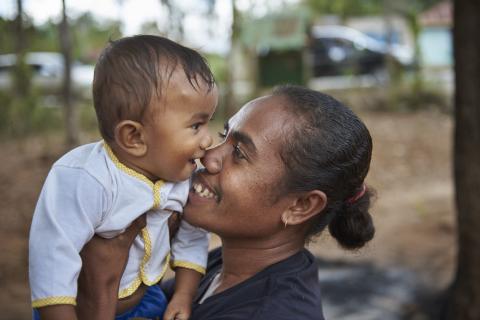 Joint statement on Food Security and Nutrition
Recommendations on a prioritized set of actions and policy guidance to support nutrition in the context of COVID-19.
Read now 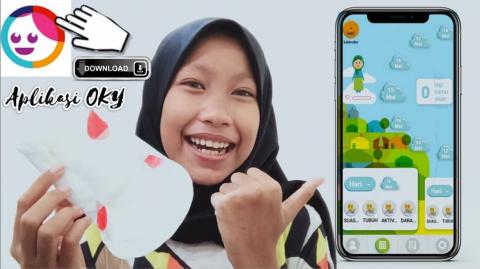