"Who knows what water is than women?"

The little village of Serkema got a solar-powered water scheme, women and girls no longer spend hours to fetch water

Serkema, Oromia Region, Ethiopia, 18 March 2022 - “Who knows what water is than us [women],” asks Halima Omer from Serkema village in Kombolcha woreda (district) of the Oromia region. Halima had a terrible experience when it comes to fetching water.

“I remember that day when I left home before sunrise. I was heading to the river, and suddenly, a hyena appeared on my way…”

What happened next remains a lifelong regret and pain.

Halima was carrying her infant child on her back while heading to the river with her donkey. “I run back to save myself and my child, leaving the donkey to the hyena. But my child fell off my back.” Halima‘s child sustained serious injury and later passed away. Now, 72, Halima still remembers what has happened.

For the community in the small village of Serkema, water is precious. The village is surrounded by dry rugged mountainous terrain. It is also prone to recurrent drought. Women and girls spend hours looking for water from a faraway river and ponds.

Seven years ago, the community of Serkema had  a good news. The government drilled a borehole in the lower mountain base. And, a 25,000 liters water reservoir was built higher on the hills. A fuel-run generator was also installed to pump water to the reservoir while WASH committees were tasked to manage the scheme.

Serkema seems to get relief, but not for long.

Getting fuel some 60 km away, mostly carried on donkeys, was the main challenge the WASH committees faced. Besides, the generator kept breaking down and maintenance became an issue. All these challenges compounded up, and for the last five years, the water scheme was not functional at all. Women and girls again began to go to the river like in the old days.

For 16-year-old Urji Abdusemed, fetching water means missing out on her education. “I used to leave home early to the river. It took hours to get there and by the time I came back, it will already be late for class. If I need to fetch water, that means, I have to miss at least two periods each day. That had affected my education,” she says.

But now, all that is changed.

UNICEF, through its partner CARE, installed a solar power system that pumps the much-needed water uphill. Water pipelines that resist pressure are installed while additional water points were built near homes. The project is funded by USAID under a rapid response mechanism in drought-affected areas in the Oromia region.

In Serkema, where the sun is abundant, the solar system is a sound investment. This climate-friendly water supply system serves more than 6,500 people in the village. The panels are guarded well. A dedicated watchman is responsible for cleaning the panels and running the facility.

Clean water is also available in Serkema primary school benefiting nearly 1,000 students. During break time, the water taps are quite crowded as many kids assemble to drink and wash their hands.

The water also brings dignity to adolescent girls. Hygienic mensural practices in schools start with the availability of clean water. For Urji and fellow adolescent girls, this means a lot. Insufficient access to clean water in schools and lack of handwashing facilities are some of the challenges girls face when they are on their periods.

Halima has volunteered to be a member of the village WASH committee, and she has a reason to do that. She struggled to get water from early childhood until she gets old; never been to school. She is amazed to know that the sun can help pump water from deep in the ground. “That is amazing,” she says, “We don’t have to worry about gas anymore.”

Though Halima never attended school, she knows the value of education for girls. “Now we have water here, there is no excuse for mothers to keep girls at home,“ she says firmly.

“If I were an educated person, maybe, I would have had a better life. I cannot change the past, but I will make sure that every girl in our village goes to school.” 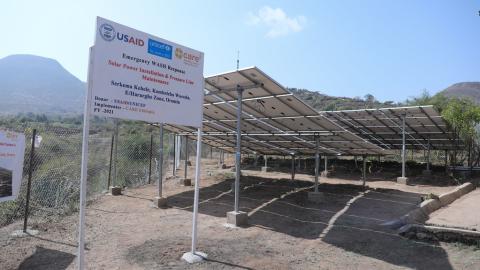 “Water is everything one could ask for” 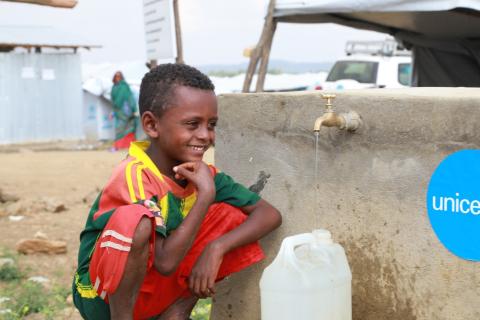 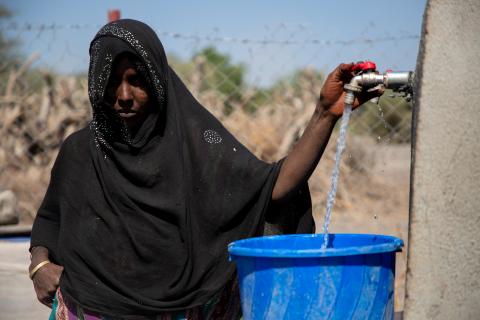 Coping with drought in the Afar region

For several months, the population has been suffering the consequences of the drought that is currently affecting this arid region of Afar in northern Ethio