How 3 Syrian ladies who benefitted from UNICEF support became social workers and started serving their communities.

On the sunny afternoon of the 18th of October 2012, shortly after school hours, Hazar and her husband Ahmed were terrified when the school neighboring their house was struck by a bomb. Most of their family was working in that school which is now nothing more than a ruin.

Hazar and her family were extremely lucky that nobody got hurt. But in the household, everyone agreed: “the danger was too close. I decided to leave everything behind for the safety of my children” said Hazar.

Part of what she left behind was her internship to become an anesthetist at a local hospital. Egypt was their asylum country of choice as it was not too far away, affordable, and they knew they would be well treated by Egyptians. They settled at the city of New Damietta, on the Eastern side of the Egyptian Mediterranean coast. After settling there, Hazar noticed that the city hosting them was facing an alarming issue: the number of Syrian children dropping out of school, being unable to cope with the host education system, was steadily on the rise.

Her husband decided to use his teaching experience to help those children, and she joined the initiative by volunteering as a math teacher to help children already enrolled in school with their studies.

UNICEF/Egypt 2019/Dalia Younis
Hazar was the first female Syrian facilitator at the project in New Damietta. Following her steps, many other Syrian ladies were able to apply for jobs in the same project.

UNICEF/Egypt 2019/Dalia Younis
“Hazar and I come from the same town in Syria but we never met before we moved to Egypt. She represents the essence of home to me,” Nour said.

“We gathered the children and started preparing them for the final exams. Parents started to spread the word and we got more and more children,” said Hazar.

A couple of months later, Terre Des Hommes, UNICEF’s implementing partner in New Damietta came to know about the couple’s work through a satisfied parent’s testimonial. Hazar and Ahmed were invited for an interview at TDH to become the city’s first Syrian facilitators in the “Ta’ziz” (Empowerment) project which aims at strengthening protection and psychosocial support for Syrian children and their families.

“There’s a difference between being a teacher and a facilitator” Hazar said, highlighting the first challenge in her new position. To address this challenge, Hazar and her husband were given a training by UNICEF to become facilitators, providing psychosocial support and dealing with traumatized children and families. Thanks to this training, they were able not only to efficiently fulfill their job duties, but also to start hiring other Syrians in the project.

One of these Syrians was originally a beneficiary of “Ta’ziz”.  Nour, 30 years old, is a mother of 2 children who moved to Egypt in 2013.

“After 3 months of staying in Egypt without knowing anybody, I was walking beside the city’s stadium when I noticed a large gathering of Syrian and Egyptian families. It was the largest Syrian community I saw since I moved to Egypt, I couldn’t believe it existed!” Nour said in tears.

She found out about TDH and UNICEF’s services to families and children through this gathering, and she soon became one of the regular attendees of the positive parenting, social inclusion and stress management sessions.

UNICEF/Egypt 2019/Dalia Younis
“When I was reunited with my husband, I was thankful that I already have received psychosocial support with my children prior to his arrival so I can give him the support he needs,” Salwa said.

UNICEF/Egypt 2019/Dalia Younis
“I needed someone to stand up for me, but I found peace in standing up for others who went through the same struggle,” Hazar said.

Nour became an enthusiastic advocate for the services she benefited from. She spread the word among new Syrian faces she met in the streets and markets and gave her suggestions to Hazar (who was her main facilitator) to optimize the services.

Another beneficiary who attended the sessions was Salwa who came to Egypt with her children in 2013. Scared, drained and unsure when her husband will be able to join them, Salwa went through a hard time until she received a phone call that changed her life for the better.

“It was an invitation from TDH to come and learn about the services offered. They got my number through my neighbor who told them about me during a screening done by facilitators for newcomers to the Syrian community in the city,” Salwa said.

“From a child to child” was the name of the training to which Salwa enrolled her children when she first came to TDH. The training intended to help Syrian children interact with Egyptian ones through various bonding activities. “My daughter had trouble mingling with her colleagues at school because of the dialect barrier. She felt they didn’t understand each other well, and she felt she had to zone out,” Salwa said, “but soon after she joined the sessions, she started having Egyptian friends and became very outspoken in the Egyptian dialect!”

Once there were new job openings at the project, Hazar encouraged the two ladies to go through the extensive training she went through to be able to apply and get accepted. The 3 ladies eventually became colleagues. ­­­­ 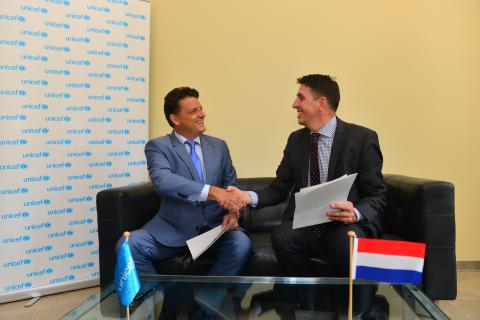 Better access to education and protection for refugees in Egypt 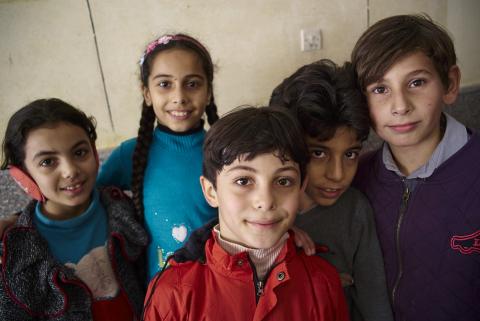 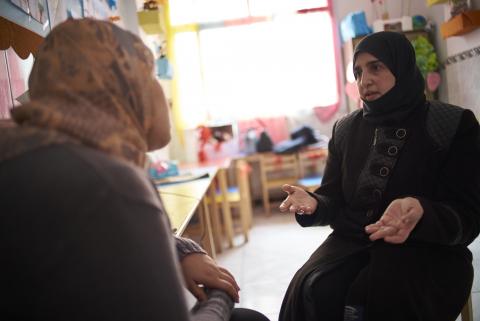 Eman Orabi, a Syrian tailor, tells her story on how she became a Community Healthcare worker in New Damietta city changing lives, and saving them. 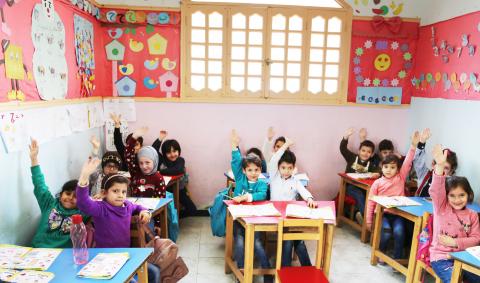 A Community School For Everyone