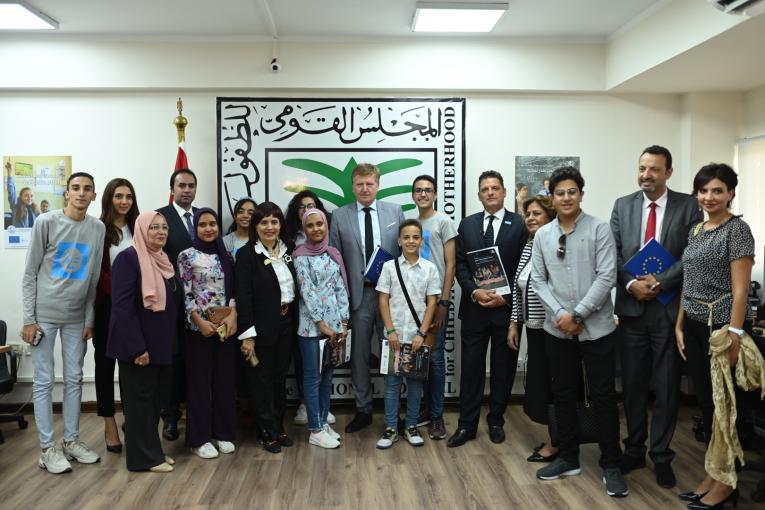 CAIRO, 29 September 2019 – Today, under the auspices of the National Council for Childhood and Motherhood (NCCM) the third phase of the National Campaign “Awladna” to protect children from violence was launched in partnership with the Ministry of Education and Technical Education in cooperation with UNICEF, and with funding from the European Union (EU). The multimedia campaign aims to raise the awareness amongst parents and caregivers about positive discipline, with a focus on the adolescence stage addressing misconception of using violence, corporal and verbal punishment as a disciplinary tool for children.

Dr. Azza El Ashmawy, Secretary General of the National Council for Childhood and Motherhood (NCCM) stated “This campaign is the third phase of the national campaign “Awladna” to protect children from violence and it is led by the national council for childhood and motherhood in close cooperation with its partners to enforce positive discipline and to end violence and harmful practices against children.” She added “The role of parents and caregivers in providing protection, stability and encouragement for our children is extremely important in the childhood and adolescence phase, considering the changes going on with the child as well as the realities and challenges that come with an ever-changing digital era. Laxity, negligence and violence in all its forms are unacceptable”.

Adolescent social & emotional development is impacted by physiological changes as well as gender and social norms shaped by parenting, peers as well as the surrounding community.

The adolescence brings major challenges in parents and caregivers’ relationships with their children, which may be manifested in both conflict and distance as adolescents seek more autonomy from caregiver authority. Caregiver capacities are important for managing these changes without creating risks on adolescent wellbeing and mental and psychological health.

“Our objective is that the current reform of the education system leads our school graduates to be more confident and skilled when facing daily challenges,” said Dr. Mohamed Omar , Deputy Minister of Education and Technical Education for Teachers’ affairs, “For that to happen parents and teachers need to be more aware of how to play a more positive role in guiding the adolescent student through, containing them and building their self-esteem, rather than trying to pressure them to be ‘model answer students’ regardless of their individual capabilities and interests, Dr Omar added.

From her side, Ms. Yousra Allam, the adviser to the Minister of Education and Technical Education for Marketing and Communication said, “the campaign aims to reinforce the ethical values of dealing with children in their various fields of interest, and to support their mental and psychological wellbeing. The Ministry of Education and Technical Education strongly believes in the necessity of building humans intellectually, socially, psychologically and physically. The ministry shoulders the responsibility of consolidating these values.”

In a study conducted by NCCM and UNICEF in 2015, parents were the main authors of violence, followed by peers then teachers. Indeed, half the children surveyed (ages 13-17) had been beaten in the year preceding the research, while around 70% had suffered some form of emotional abuse.  Similarly, the 2014 Egypt Demographic and Health Survey showed that 93% of children aged 1-14 have been exposed to violent disciplinary practices.

“Children are the future of nations. The European Union is keen to support constructive national efforts to end violence against children worldwide. In Egypt, we are very proud of our support to strengthening mechanisms and efforts to end violence against children through all endeavors such as this national campaign that addresses some of the root causes of violence and promote a positive and more gender balanced interactions between the children and their care givers,” said Ambassador Ivan Surkoš, Head of the European Union Delegation to Egypt. “In a few weeks, the whole world will be celebrating the 30th anniversary of the Convention on the Rights of the Child that pledges to protect the right of all children, everywhere, to be free from discrimination, as well as promoting treating children with dignity and respect; regardless of their differences and leaving no one behind. "”Creating a momentum for the international community to step up its efforts to make children and adolescents thrive, and renew their commitment to protect and promote all their human rights is our long-term objective,» Surkoš added.

Within the framework of this partnership between the European Union and the national partners, three phases of the national campaign “Awladna” were launched. to end Violence Against Children within the interventions of the EU-funded joint project “Expanding Access to Education and Protection for At Risk Children in Egypt". The first phase of the campaign focused on positive parenting under the slogan #CalmNotHarm and the second phase addressed violence among peers under the slogan #ImAgainstBullying and the third phase launched today tackles positive parenting with focus on adolescents building on the hashtag #CalmNotHarm.

“The Awladna campaigns focus on the forms of violence against children that have a familiar face, occurring within the home and school contexts maybe passing unnoticed, but affecting generations of children,” stated Mr. Bruno Maes, UNICEF Representative in Egypt, “With adolescence being often perceived negatively, disciplinary violence is usually making things worse, missing the chance to make this critical phase one opportunity to improve life opportunities for the adolescent.”

The campaign  kicks off today and runs for six weeks on broadcast channels, with three Public Service Announcements that include a call to action voiced by UNICEF Ambassador Actress Mona Zaki. Messages and practical tips to support parents and caregivers on guiding and protecting their adolescent children, will be disseminated through digital platforms in a social media campaign, as well as publications which will be disseminated in on-ground activations including youth centers, megastore Carrefour branches and Al Ahly Club, among other private sector partners who support the cause of the campaign.

The National Council for Childhood and Motherhood (NCCM):

The Ministry of Education and Technical Education (MOETE)

Advisor to the Minister for Marketing and Communication: Yousra Allam, Yousra.allam@moe.edu.eg 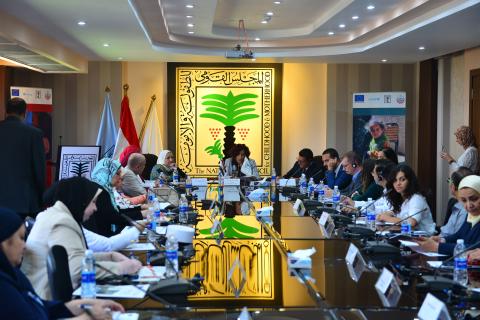 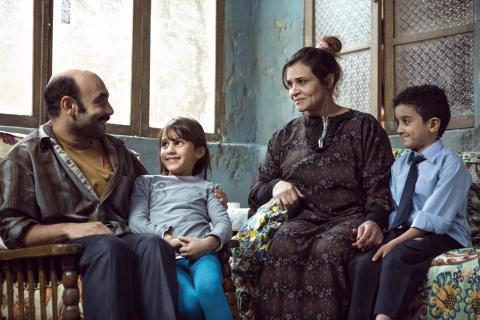