Unable to study, Isaías divides his time between life in the neighborhood and his job.

Isaías stopped attending classes since the beginning of the pandemic because he does not have access to a mobile device to continue his education virtually. He now divides his day between neighborhood life and helping his parents in their work as recycler

The wind lifts the yellow clay that floods the roads of Monte Sinaí, the largest illegal settlement in Guayaquil and the poorest area of the city. The houses, all made of bamboo and with zinc roofs, are piled up on small hills whose vegetation has been devoured by the disorganized growth. About 300,000 people live in this area.

Isaías, a 14-year-old teenager, lives in this area with his sister, mother and father. In their house, the zinc roof only covers half of the structure because they did not have enough money to finish it. Mixed together in one single room there is a kitchen, a dining room and two beds where all the family members sleep. Isaías spends most of the day there.

Since the schools closed a year and a half ago, Isaías no longer studies. His teachers told him that he could continue his education virtually, but his family does not have any electronic device, nor the resources to buy one. "Here there is internet, the signal does reach, but the problem is that we don't have a computer or telephone to be able to connect and receive homework like my friends do," he says.

School closures affected 4.3 million students in Ecuador. According to the ENCOVID-EC survey conducted by UNICEF, half of the households surveyed need an internet connection. In addition, in 90 percent of low-income households, children study using a cell phone, which they usually share with their parents and siblings. These obstacles prevent children from continuing their education.

The leader of Monte Sinaí, Yuber Calderón, indicates that since very few homes had electronic equipment, the children stopped studying and began to work with their parents to try to generate income. "The people here live from day to day. During the first months, when the confinement was ordered, they could not go out to work, so the situation was very delicate," he recalls. 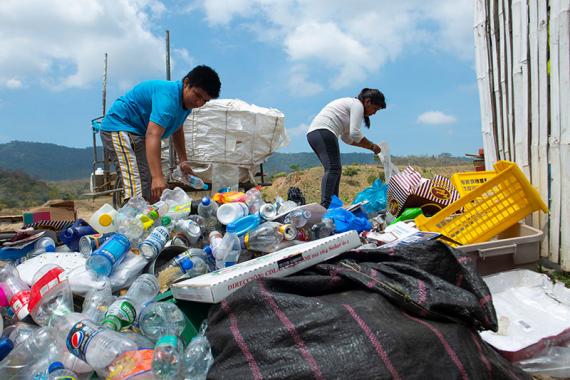 Isaías' new routine free from the classroom mixes leisure with work. He wakes up late, watches television, walks his dogs in that dry forest area he loves so much, and plays soccer or marbles with his neighbors. He also helps with the housework, sweeps the carpet and washes the dishes after breakfast and lunch.

Sometimes he accompanies his father, Jaime, to work. He searches for recyclable waste in the northern residential area of Guayaquil, sells chlorine to neighbors or collects waste in Monte Sinaí itself. The hardest work occurs at mid-morning when the whole family unpacks what the father collected the night before. The material gets spread out at the entranceway to the house and the sorting begins. Father, mother, son and daughter join in the task: they separate used pizza boxes, old boxes, plastic and glass bottles, papers, cans and notebooks.

Isaías' mother, Lisette, choking with emotion explains that she wants her son to go back to school. "I know that my son is smarter than me, I want him to be somebody in life, to better himself, and that is why he has to go back to school," she says. Her hope is that the school a few kilometers from her home will reopen. If that happens, she would send him immediately, as well as her 13-year-old daughter Graciela.

What’s lost by being out of school

More than a year and a half has passed since on-site classes closed. And the problem is getting worse, because the longer children and adolescents are out of school, the more difficult it will be for them to reintegrate. Before the pandemic, approximately 268,000 children were already out of the education system1 and another 187,277 were behind in school2. But after the onset of the health emergency, it is estimated that at least another 90,000 students withdrew from the education system.3

This situation leads to serious learning losses; according to the UNICEF survey, 6 out of 10 students say they are learning less since the beginning of the emergency.

School closures can also produce other severe consequences such as exposure to violence and abuse, lack of school meals and vaccinations, and limited social skills. All of this affects children's participation in society, as well as their physical and mental health.

In Ecuador, 4 out of 10 adolescents report feeling anxious or very stressed as a result of the health crisis.4 The most affected are usually children living in vulnerable environments, with few resources and without access to distance learning tools, as is the case of Isaías and many children living in Monte Sinaí. Consequently, a rupture is created with the educational community as well as a gap defined by access to the new forms of communication. Educational centers are spaces for monitoring children and adolescents in Ecuador. If students do not attend, there is no certainty about their whereabouts or their emotional or social well-being.

Parents and caregivers also suffer the consequences of school closures. Keeping children at home can lead to heads of household having to leave their jobs,1 which further affects their economic situation. Likewise, caregivers must take on the role as facilitators of their children's education, a task that is mostly carried out by women and which causes tensions in the home.

According to the ENCOVID-EC survey, in 3 out of 4 households, care is provided by mothers. But in households in the lowest strata, care depends entirely on them, a difference of almost 40% compared to households in higher strata. This situation limits the progress and opportunities of the most vulnerable households. 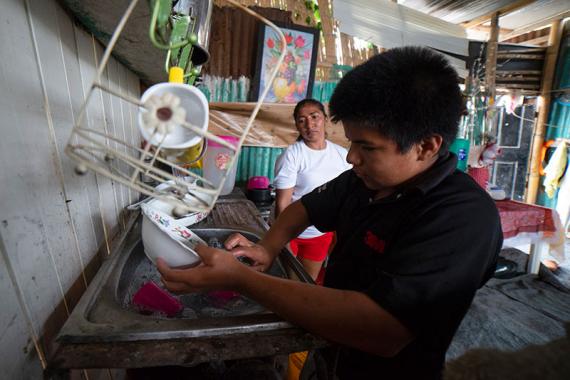 These realities have an effect on education and the global economy. The World Bank estimates a loss of USD 10 trillion due to the decrease in educational attainment and the risk of children dropping out of the education system, because virtual education cannot replace face-to-face classes.

In a July 2021 statement, UNICEF Executive Director Henrietta Fore and UNESCO Director-General Audrey Azoulay detailed, "We cannot wait for the number of cases to be zero. The data clearly show that primary and secondary schools are not among the main sources of transmission of the virus. The risk of COVID-19 transmission in schools can be controlled in most cases if appropriate mitigation measures are taken. The decision to open or close schools should be based on risk analysis and epidemiological considerations specific to the communities in which the schools are located."6

Isaías' mother has never heard these facts, but she wants her children to go back to school as soon as possible because she knows that education can improve their lives. "Hopefully soon we can go back to school, it's strange not being able to study, to see the teachers. I didn't like math, but now I would gladly learn it," the boy concludes with a hopeful tone.

3Survey on the situation of children and adolescents in their current educational process, conducted by UNICEF, November 2020.

5Survey on the situation of children and adolescents in their current educational process, conducted by UNICEF, November 2020. 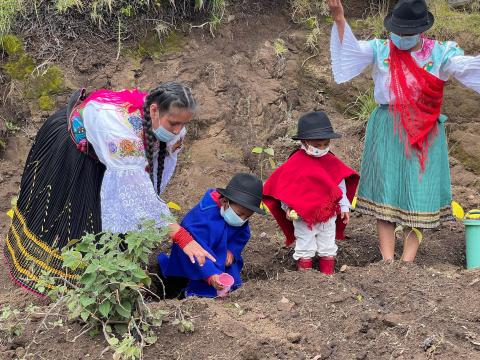 Learn how UNICEF Ecuador is working to ensure that the most vulnerable children in Imbabura and Cayambe have access to health services. 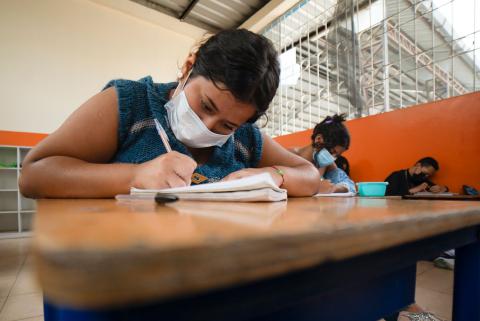 Recovering lost learning in Ecuador after the pandemic

The return to on-site classes represents a new opportunity for children like Romina to resume their education and make friends again. 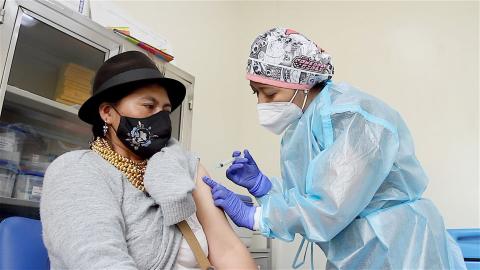 UNICEF Ecuador, together with PAHO/WHO, the World Bank and other organizations, supported the Ecuadorian Ministry of Public Health 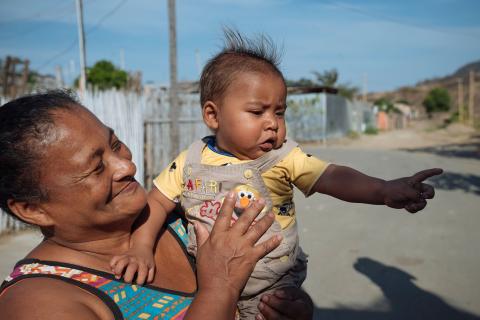 Moisés, a survivor from a home with multiple vulnerabilities