UNICEF works to protect and assist children during emergencies, including refugee and migrant children, children caught in conflict and those affected by natural hazards such as earthquakes, floods and landslides.

Europe and Central Asia has particular challenges related to emergencies, from man-made disasters to natural hazards.

Refugee and migrant children risk everything in search of a better life.

Refugee and migrant children – some travelling with their families, some alone – risk everything, even their own lives, in search of a better life, with many heading for Europe. Millions of uprooted families are fleeing their homes to escape conflict, persecution and poverty in countries including Syria, Afghanistan, Iraq, Somalia and Sudan.

When children and young people feel they have no choices, no sense of a future, and where there are no safe and legal alternatives for migration available to them, uprooted children will take matters into their own hands, exposing themselves to the risks of exploitation by people smugglers and traffickers.

All children on the move are vulnerable to abuse and other grave forms of violence during and after their journeys. It is estimated that more than one child dies every day along the perilous Central Mediterranean route from North Africa to Italy.

Turkey is presently hosting almost three million Syrian refugees – the largest refugee population in the world. Almost half are children, and most of those living outside refugee camps lack the essential services, such as education, they need for a safe and healthy childhood.

Children are also living in crisis in eastern Ukraine. After more than three years of conflict 3.8 million people – including 1 million children – continue to require humanitarian assistance and more than 1.5 million people have been forced from their homes. Children face constant risks from indiscriminate shelling and the dangers of land mines and other unexploded ordinance. Vital civilian infrastructure including schools, health clinics and water facilities has been damaged or destroyed, putting hundreds of thousands of children and their families at risk.

In the South Caucasus, there is ever-present risk of renewed fighting between Armenia and Azerbaijan over the control of Nagorno-Karabakh region. The Europe and Central Asia region also has a number of breakaway entities, such as Abkhazia and South Ossetia in Georgia and Transnistria in Moldova, where child survival and development services can be constrained by limited access for United Nations agencies, including UNICEF.

The risk of communal violence in the Fergana Valley of Central Asia, spanning Kyrgyzstan, Tajikistan and Uzbekistan, has eased since violence displaced almost 500,000 people in 2010, but competition for scarce natural resources such as water, pasture and farmland remains a source of friction.

The impact of natural hazards.

The region has always been prone to natural hazards, such as flooding, earthquakes and landslides. And now climate change, rapid urbanization, and population growth threaten progress on child health, education and child protection in some areas.

In 2014, for example, Bosnia and Herzegovina and Serbia experienced the biggest humanitarian crisis since the 1992-1995 war, with floods and landslides affecting 2.6 million people. In 2015, earthquakes in Kyrgyzstan and Tajikistan damaged thousands of houses and disrupted children’s access to health care and education.

Children may account for 50 to 60 per cent of those affected by any emergency. As well as the immediate threats to their survival, emergencies threaten children’s mental health and long-term well-being. A crisis can threaten their sense of security – a fundamental part of childhood – particularly when they experience things no child should experience. They become vulnerable to trafficking, sexual exploitation and abuse, while their future prospects are disrupted by the loss of education, health care and economic opportunities.

UNICEF prioritizes the protection of children during emergencies across Europe and Central Asia, aiming to meet their immediate needs while protecting their long-term well-being. During every humanitarian crisis, we work with partners to meet children’s immediate needs for protection, health care, adequate nutrition, and access to education, well as clean water.

We support programmes that restore a sense of ‘normalcy’ for children.

UNICEF works to link emergency response to recovery and longer term development as quickly as possible. From the beginning of any crisis, we promote and support programmes that restore a sense of ‘normalcy’ for children.

In Ukraine, for example, we have worked to ensure access to health and education services for children and their families displaced by the conflict. The UNICEF-supported education response, consisting of peace education and psycho-social support, is paving the way for long-term reform of the education sector led by the Ministry of Education.

In response to Europe’s refugee and migrant crises, the ‘Blue Dot’ centres created by UNICEF and partners have provided food, warm clothing and other essentials for children on the move. But they have also provided a place of safety where children can play and simply be children again. The Blue Dots offer child protection – particularly for unaccompanied children – and psycho-social support to address the emotional distress of children forced from their homes. Staff working in the centres have also been trained to monitor and report gender-based violence.

In Turkey, as in other emergency settings, we work to integrate refugee and migrant children into the public school system. In 2016, there were more Syrian refugee children in school in Turkey than out of school for the first time since this crisis began.

And in Central Asia, UNICEF cooperates closely with government, UN and NGO partners to ensure rapid response with life-saving emergency supplies to recurrent, often small-scale emergencies such as mud-slides and earthquakes.

We aim to prevent humanitarian disasters.

As well as responding to crises, we aim to prevent them. Disaster risk reduction (DRR) empowers communities in areas prone to natural hazards, such as flooding, earthquakes and landslides, to stop such hazards escalating into humanitarian disasters.

We help countries identify potential disaster risks and channel support to the most vulnerable people, especially children, long before a disaster strikes. And we are increasingly assessing climate risk to children as the basis for DRR and longer-term development planning.

We also work with adolescents to promote peace. The Peacebuilding Cross-Border Programme on the borders of Kyrgyzstan and Tajikistan has reduced tensions among young people in communities affected by ethnic violence by giving them a greater role in community development. UNICEF, UNDP and the UN Peacebuilding Fund have also involved more than 3,000 adolescents in peaceful electoral process in parts of Kyrgyzstan, where a comparison of cases of youth violence before and after this initiative found that they fell by almost 90 per cent.

Similar approaches based on analysis to ensure that all of our programmes are sensitive to conflict risk are being rolled out in eastern Ukraine, Bosnia and Herzegovina, Georgia and elsewhere in the region. 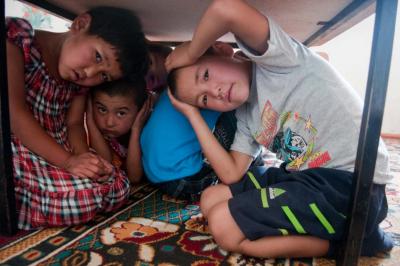 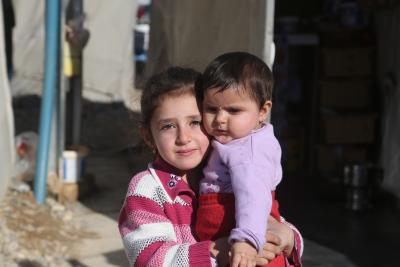 One third of the refugees and migrants who have arrived in Europe are children. UNICEF is responding to the needs of all uprooted children at every stage of their journey, urging governments to protect their rights. 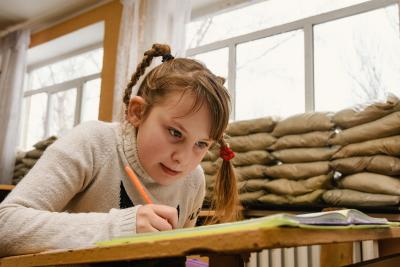 UNICEF supports health, nutrition, HIV prevention, education, safe drinking water, sanitation and protection for children and families caught in the conflict in eastern Ukraine. We call on all sides to recommit to the ceasefire.

These resources on emergencies represent just a small selection of materials produced by UNICEF and its partners in the region. The list is regularly updated to include the latest information.