For the first time, UNICEF ranks countries based on children’s exposure and vulnerability to climate and environmental shocks, with Cambodian children ranked the world’s 46th most vulnerable among 163 countries. 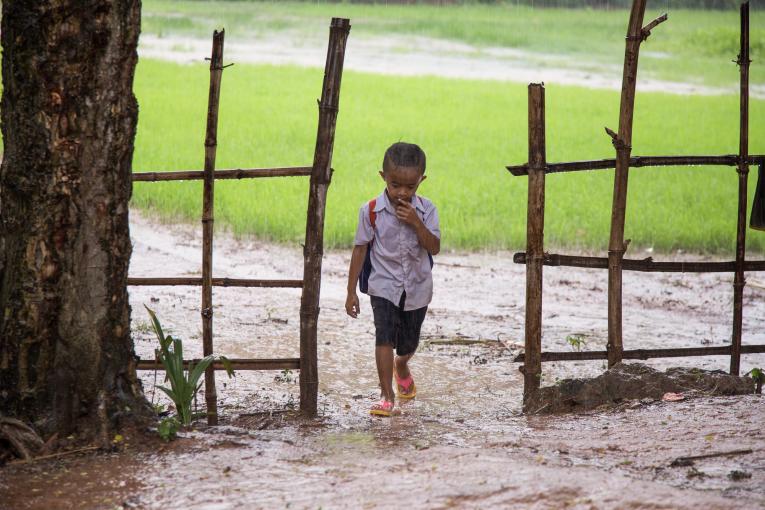 Phnom Penh, 20 August 2021 – Young people living in Cambodia are among those most at risk of the impacts of climate change,threatening their health, education, and protection, according to a UNICEF global report launched today.

Cambodia ranks 46th out of 163 countries, , which is in the top third of countries with a high risk to climate change. The report found Cambodian children are highly exposed to water scarcity, riverine flooding and vector-borne disease. But investments in social services, particularly access to water, sanitation and hygiene, health and nutrition, education and social protection services, can make a significant difference in our ability to safeguard their futures from the impacts of climate change.

“The climate crisis is a child’s rights crisis because it threatens all aspects of children’s health and wellbeing, on a scale humanity has never experienced before,” said Foroogh Foyouzat, UNICEF Cambodia Representative. Climate change has made the world a riskier place for children to live and grow in, but we can prevent it from becoming worse if we act now. We need to invest in services they depend upon to survive and thrive– such as water, healthcare and education infrastructure and services and make them more resilient. Strong systems and services will help to protect their futures from the impacts of a changing climate and degrading environment.”

”Children in East Asia and the Pacific countries are on the frontline of the climate crisis and the climate hazards they face, from lethal heat waves and drought to flooding to wildfires, are already becoming more severe and intense. The region is one of the most vulnerable to climate-related disasters globally, with about half of the population directly affected every year,” stated Marcoluigi Corsi, UNICEF Regional Director a.i. while adding that the  climate crisis disproportionally affects the most vulnerable children and adolescents, exacerbating current inequalities and undermining the progress achieved over the last few decades.

An estimated 850 million children – 1 in 3 worldwide – live in areas where at least four of these climate and environmental shocks overlap. As many as 330 million children – 1 in 7 worldwide – live in areas affected by at least five major shocks. In addition, the dual challenges of climate change and COVID-19 compound on each other and children bear a disproportionate share of the impact of both climate change and COVID-19. Today’s children are not only the generation that will have to live with the consequences of climate change, but they are also disproportionately represented in vulnerable households.

The report also reveals a disconnect between where greenhouse gas emissions are generated, and where children are enduring the most significant climate-driven impacts. The 33 extremely high-risk countries collectively emit just 9 per cent of global CO2 emissions. Conversely, the 10 highest emitting countries collectively account for nearly 70 per cent of global emissions. Only one of these countries is ranked as ‘extremely high-risk’ in the index. East Asia and the Pacific countries are also responsible for an increasingly large share of global CO2 emissions with China (30.30%), Japan (3.25%), Republic of Korea (1.85%) and Indonesia (1.71%) ranked among the top 20 biggest emitters of CO2 globally.

“Climate crisis is affecting everyone and children are among the most vulnerable,” said Foroogh Foyouzat. The World and Cambodian children know climate change is a threat to their future, and they are calling on the world leaders and everybody to act. We need to listen to them, their concerns and needs, and integrate them into all climate-related decision making. At the same time, we urgently need to reduce greenhouse gas emissions and increase investment in climate adaptation and resilience in key services for them.” 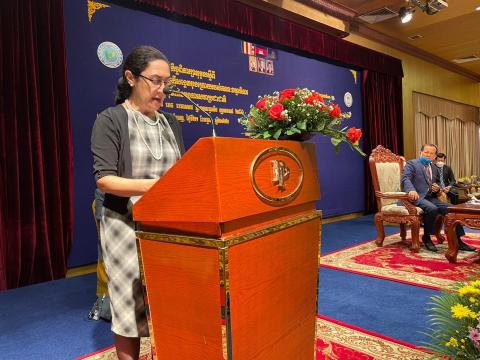 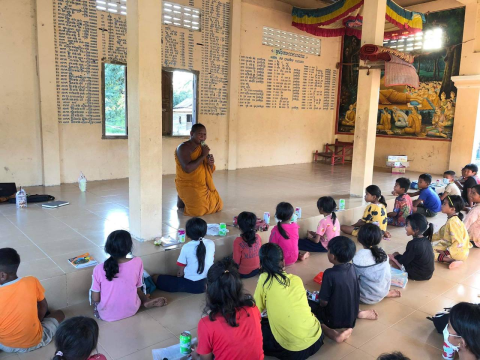