When half a million people lost their homes, UNICEF-supported latrines built on raised platforms stood firm in cyclone-hit communities

On 20 May, 2020 tropical Cyclone Amphan made landfall on the southern coast of Bangladesh, endangering the lives of almost three million people already at risk from COVID-19 pandemic. Millions of children still remain in urgent need in the aftermath of the cyclone, which destroyed homes, schools and medical facilities, and damaged crops and water supplies.

Almost half a million people in southern Bangladesh lost their homes due to the cyclone and in the months following, one of the biggest challenges for them has been access to sanitation. On top of the looming threat of COVID-19, with houses, latrines and sanitation lines destroyed in many communities, now thousands of children’s health is at risk from water-borne diseases like diarrhoea and dysentery.

Luckily, in recent years, UNICEF constructed raised platform latrines in many of these areas due to their vulnerability to natural disasters. Thus, these latrines largely withstood Cyclone Amphan and are being used by families and their children every day.

A life-changing lesson in handwashing and sanitation

Marium Begum, 45, lives with her husband and five children in a small house on the bank of the Kacha river in Barishal. There are only eight families in her village because the houses are so easily flooded during monsoons and cyclones.

Marium and her neighbours had little knowledge about the importance of handwashing and hygienic latrines before a UNICEF-supported WASH project run by NGO Forum started conducting sessions on these issues.

UNICEF Bangladesh/2020/Mansura NGO Forum
Marium learned about the importance of building latrines on raised platforms because the low-lying area where she lives floods frequently during cyclones and rains, which disrupts the sanitation lines.

“My children used to get sick all the time. They often had diarrhoea or dysentery. Thanks to our new latrine, they do not fall sick as much now,”

Through these community sessions, Marium learned about the importance of building latrines on raised platforms because the low-lying area where she lives floods frequently during cyclones and rains, which disrupts the sanitation lines.

In Bangladesh there are many remote areas such as Marium’s, where people living in poverty are unaware of the benefits of safe water sources, improved latrines and how to protect these during cyclones and floods. This often results in outbreaks of water-borne diseases during the monsoon season when the sanitation lines are overwhelmed, or tube wells are inundated and drinking water becomes contaminated.

For Marium all that has now changed.

“People in our community did not know about safe latrines,” she says. “The sessions by the WASH promoters opened up our eyes and we realized how water sources got contaminated earlier.”

The UNICEF-supported project also educated people about the benefits of building toilets and tube wells on raised platforms, and how and when to wash hands.

Investing in the future

Marium and her husband, with the help of UNICEF, were inspired to refurbish their old latrine. They rebuilt it onto a raised platform, added a water seal, as well as a handwashing station with clean water. and soap.

“My children used to get sick all the time. They often had diarrhoea or dysentery. Thanks to our new latrine, they do not fall sick as much now,” she says.

Other people from her community who also rebuilt their latrines on raised platforms before Cyclone Bulbul in November 2019 also suffered fewer cases of water-borne diseases.

Mohammad Monirul Alam, WASH Specialist at UNICEF Bangladesh, says that the raised platform latrine from this project is now being popularized in many parts of the country that are increasingly facing the effects of climate change and where WASH infrastructure including homesteads are vulnerable to it. “There is now a greater desire to protect toilets during floods and not allow them to fall into disrepair,” he adds hopefully.

The advantages became even clearer when Cyclone Amphan hit Pirojpur district and destroyed villages. Latrines and water sources were badly affected by strong winds and the rising of the Kacha river’s water levels by seven to eight feet.

Marium Begum’s courtyard was flooded, but the raised platform of the latrine ensured that the system was untouched and unharmed. The family’s latrine remained fully operational, making sure Marium’s children could use it whenever they needed, staying safe and healthy.

The success of the improved toilet also meant that Marium’s family did not need to spend extra money for repairs, saving them from any more financial strain amid the already existing troubles of COVID-19. 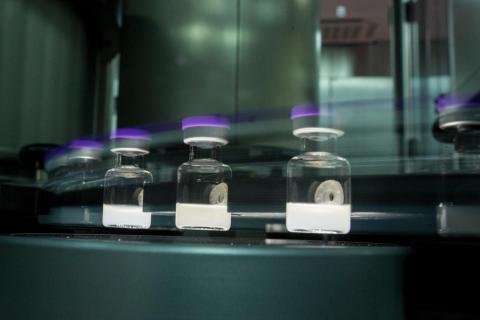 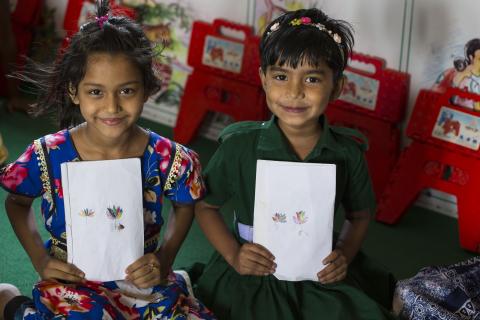 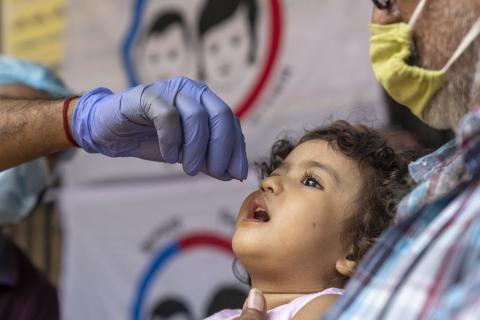 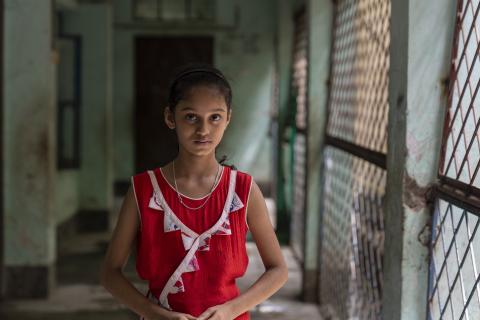