CHITTAGONG HILL TRACTS, Bangladesh – Yochingnu has seen a lot of changes in Bangladesh over the past decade, not least in the number and quality of rural roads. But even with the welcome improvements, ensuring access to life-saving vaccinations is a hard slog, often undertaken on foot.

“There are more roads now,” Yochingnu, a health worker, says of the Chittagong Hill Tracts, a group of districts in the southeast of the country. Still, when the latest vaccination campaign began in December, her team would still leave their town a day early to ensure they arrived on time. “After we reached the end of the dirt roads, we’d have to hike for a few hours. Then we’d have to locate a village elder and ask if we could stay at their home for the night so vaccinations could start promptly at 9 a.m. the following morning.”

Such arduous journeys don’t just present a physical challenge for health workers, but a logistical one, too. The vials of measles-rubella vaccine have to be packed with ice to ensure they remain effective when administered, part of the so-called cold chain – a series of precisely coordinated events in temperature-controlled environments to store, manage and transport these life-saving products.

“By the time the campaign ends in the afternoon, the ice packs are warm, so any leftover vaccine doses are marked for disposal,” Yochingnu says.

Yochingnu is one of thousands of Bangladeshi health workers who recently completed the mammoth task of vaccinating 36 million children across the country against measles and rubella. The campaign was launched by the Government of Bangladesh, with support from UNICEF and the World Health Organization.

Meant to launch in March 2020, the campaign was postponed because of the COVID-19 pandemic. Even once it launched, in December 2020, it was clear that things were different from previous campaigns. Instead of the planned three-week schedule, the measles-rubella campaign was spread over six weeks to avoid crowding at vaccination sites.

Health workers, parents and children also had to follow strict guidelines, developed with support from UNICEF, to ensure vaccines could be delivered safely. That included proper mask usage, physical distancing and regular handwashing.

Bisakha, a mother of two, was one of the many parents who had no choice but to travel by foot with her children to get them vaccinated, walking up steep hills and through forests to reach the nearest health clinic.

“I heard about the campaign from a neighbour, so I brought my children for vaccination,” Bisakha says. “I remember seeing measles cases when I was a child. It’s a very dangerous disease and it spreads very quickly.”

Investment at the central, district and sub-district levels is helping to ensure there are no broken links in the cold chain and that health workers like Yochingnu are equipped with the tools they need to deliver safe, effective temperature-controlled vaccines.

The investment in delivering the measles-rubella vaccine will also be invaluable for the nationwide roll-out of COVID-19 vaccines.

Chandrasegarar Soloman, a health specialist with UNICEF Bangladesh, says that the focus on COVID-19 must not push other diseases to the backseat. “We’re focusing efforts both on ensuring routine immunization continues and accelerating COVID-19 vaccination roll-out,” he says. “It’s a monumental challenge, but just like the frontline health workers, we’re ready to play our part.”

Yochingnu agrees that much more is needed to ensure children continue to receive life-saving vaccinations. But she adds, “If the measles-rubella vaccination campaign was a test for the COVID-19 vaccine roll-out, I would say we passed with flying colours.” 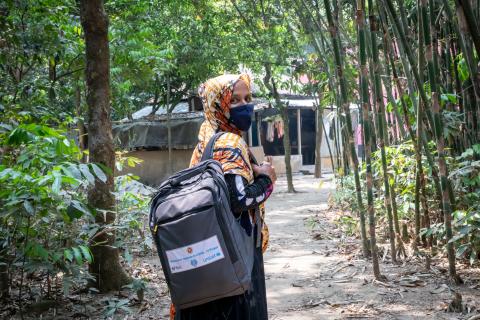 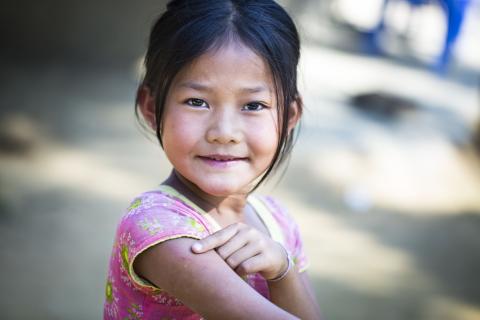 Child immunization services affected by COVID-19 disruptions with millions of children at risk from deadly diseases – WHO, UNICEF, Gavi 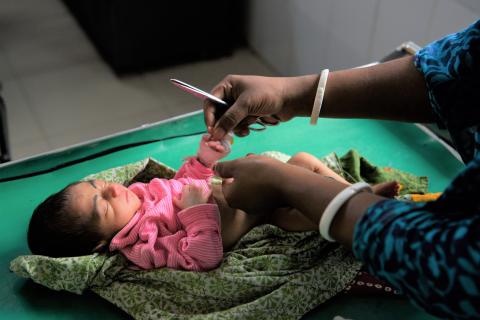 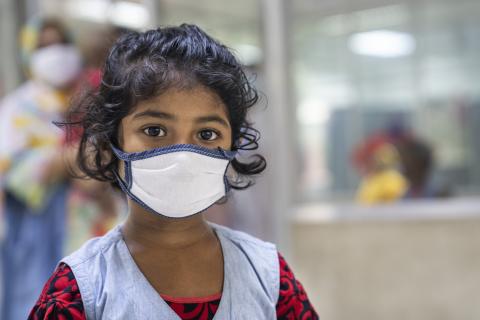