“Bangladesh is getting more polluted day by day. Air pollution, water pollution, the emission of toxic chemicals and gases, this is affecting our daily lives. We need to create improved policies, we need to nationalize those policies and apply them in a proper way,” says Mehrin Morshed (18) from Dhaka city, Bangladesh.

Mehrin was one of the first members of UNICEF’s Generation Parliament platform established in 2018. She is now a mentor to participants in the Children’s Climate Summit on World Children’s Day, 20 November 2020.

The virtual Summit, hosted by UNICEF, brought together 300 “child parliamentarians” representing all constituencies in Bangladesh to debate climate issues, policies, and actions to safeguard their future.

In the weeks leading up to the Summit, one million Bangladeshi children were consulted on climate change as part of UNICEF’s Generation Parliament digital platform, which connects children to the elected representatives in their constituencies.

“The most exciting thing about Generation Parliament is diversity and that it connects young activists across geographical and social divides. I can see problems through different lenses. I can express the problems I am facing from an urban area but a child from a rural or coastal area might be facing very different problems. We discuss policies on climate change and other issues which are often connected including access to education, child marriage, abuse and exploitation,” says Mehrin.

As a low lying country, with one of the largest river networks in the world, Bangladesh is highly vulnerable to climate change.

An estimated 19.4 million children are exposed to the detrimental consequences of climate change – through life-threatening floods, river and coastal erosion, droughts, powerful cyclones and increased migration to cities.

A changing climate undermines children’s health, safety, education and wellbeing, and diminishes their prospects for a better future.

Mehrin lives in Dhaka city, one of the most polluted cities in the world. Air and water pollution pose some of the biggest challenges for the city’s residents.

“My parents remember a time when they were teenagers when Dhaka had green areas and the air was safe to breathe. Now, there is no greenery, only buildings and concrete. We are breathing air that we were never supposed to breathe,” says Mehrin.

"People contribute considerably to climate change and children must be part of the solution". - Mehrin

Earlier this year, COVID-19 lockdown measures brought Dhaka city to a standstill. Factories stopped production, the streets were silent, birdsongs filled the air. There was less pollution and contamination.

“We saw a different way to live. People contribute considerably to climate change and children must be part of the solution. We see problems from different perspectives. We can put our imagination onto canvas. This leads policy makers to a more complete solution,” says Mehrin.

The Children’s Climate Summit culminated in the adoption of a Children’s Climate Declaration, which was presented to national leaders in the spirit of intergenerational solidarity. In the Declaration, the children call for decision makers to reduce pollution and greenhouse gas emissions; to invest in education, training and a green economy; and to protect children against the impacts of climate change.

“The climate emergency requires bold leadership as we battle against the clock. We must look to children and young people for inspiration, courage and vision,” said Tomoo Hozumi, UNICEF Representative in Bangladesh when he spoke at the Summit.

The Summit was chaired by Mr. Shamsul Hoque Tuku, Member of Parliament (MP) and President of the Parliamentary Caucus on Child Rights, and was attended by child climate activists, parliamentarians and climate stakeholders from across Bangladesh, as well as by the Government, civil society and the development community.

“Today children have taught us that our youngest citizens should play key role in shaping climate policy. It will be my pleasure if I could make a commitment to the Children’s Climate Declaration in the near future at the Parliament,” said the Deputy Speaker of the Parliament, Mr. Fazle Rabbi Miah, MP.

Mehrin recognizes the challenges facing women and girls in different parts of Bangladesh, particularly those from rural areas.

“It is definitely more difficult for girls to have their voices heard in Bangladesh. No matter how much we talk about equality or women’s empowerment, there is always the oppression and repression of women,” says Mehrin.

Things are slowly changing through platforms like Generation Parliament, where girls have the opportunity to raise their voice and make equal contributions to boys.

“I was the General Secretary in my debate club. When I talk, people are usually stunned, they say ‘You are a girl and you are talking like this! Girls are supposed to be gentle and quiet. Girls don’t talk like this.’ So I think it is important to speak up and change perceptions and end discrimination. Women are no less. Girls are no less. We can say what we feel is right to make a difference.” 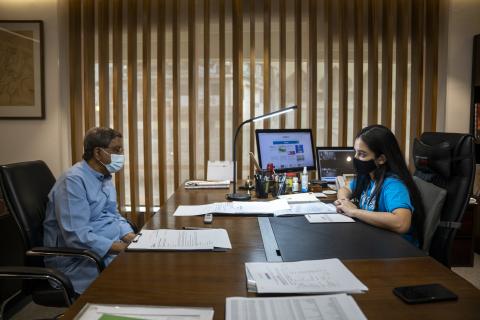 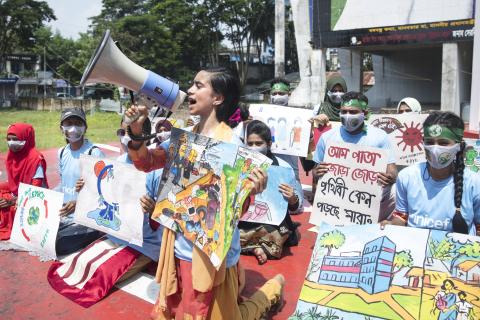 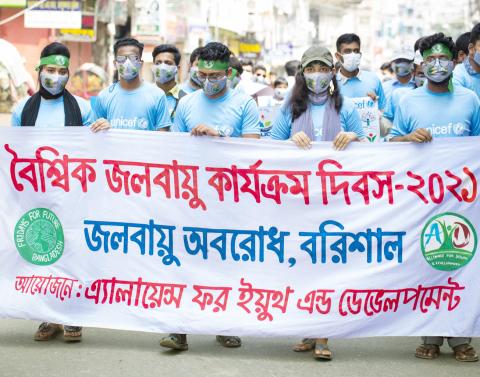 “We want climate justice. We want our rights!”

From uniting behind strikes for climate and a Children’s Climate Declaration, Bangladesh’s children and youth speak up 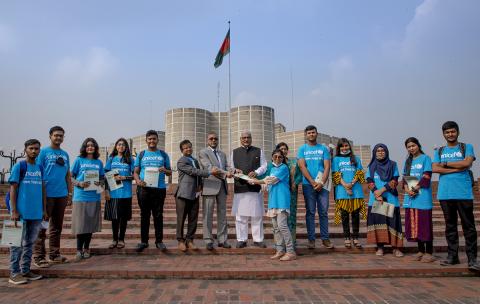