UNICEF is working for a long time in Bangladesh for strengthening child rights by providing children with visual literacy to express and enhance their views, ensure their active participation in media and contributing to digital platforms. As a further boost to this ongoing initiative, UNICEF has entered into this partnership with the mentioned TV stations.

Expressing his gratitude to the TV stations for agreeing to dedicate one-minute free airtime for the children of Bangladesh, Tomoo Hozumi, said: “We need your support to address the negative social norms and practices in the society and enhance good ones.  Together, we can make visible changes to the lives of children, adolescents and young people.  This is important both for themselves and for the society as a whole since the continuous and sustainable development of Bangladesh rests upon them.”

Bangladesh has made great strides in promoting child rights over the last three decades.  For example, under-five mortality rate of children declined from 151 per 1,000 live births in 1990 to 40 in 2019; the use of improved sanitation facilities increased from 9 percent in 1990 to 85 percent in 2019; and net primary school attendance ratio improved from 65 per cent in 1990 to 86 percent in 2019 among others.

Yet, there are still issues to be addressed. Today, 4.3 million children aged 6 to 15 years are still out of school. The birth of 44 percent of children under five years of age are reported not to be registered with a civil authority.  Close to nine out of every ten children experience physical punishment or physiological aggression by caregivers.  Over half of all marriages take place before 18 years of age.  Over one million youths are unemployed.  Furthermore, the lives of over 19 million children are threatened by climate change.

It is notable that 64 percent women in Bangladesh use television as a communication medium indicating that it is the most effective way to reach women and children with awareness messages. Hence, these remaining and emerging challenges can be successfully addressed as far as there continues to be political will, social awareness and required support and action from media in the country. 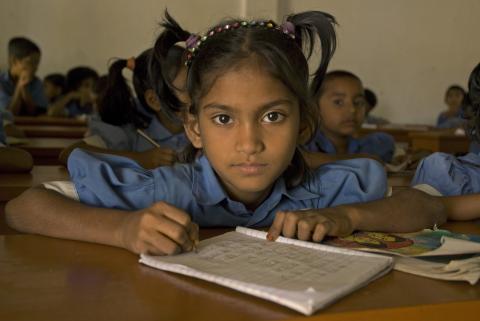 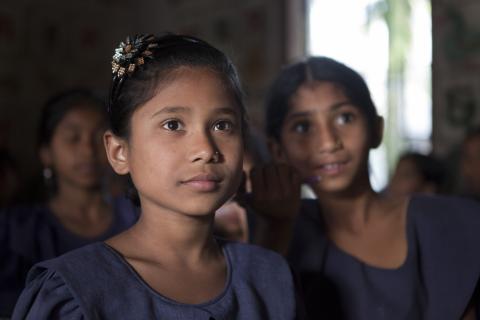 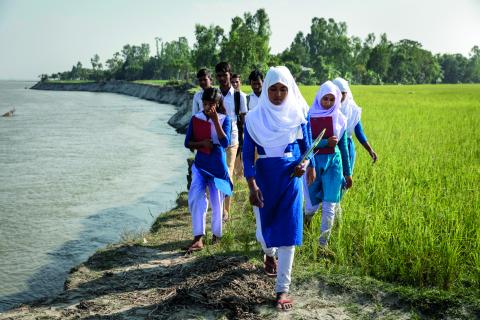 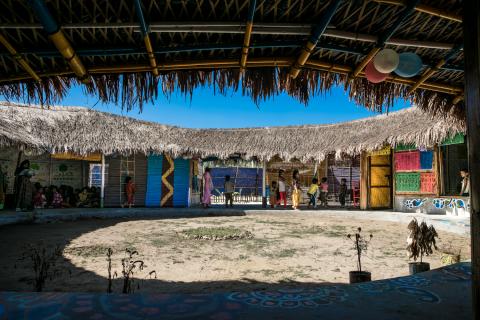 Rohingya and Bangladeshi girls bond
It is much more than just a structure. It is a place where women and girls from different communities find peace and make friendships
Read the story