For the first time in 50 years, students in Goris benefit from improved learning conditions

Can you imagine going to school to sit at a desk that is older than your parents in a classroom that has seen hundreds of students but was never refurbished in half a century due to lack of resources in the community?

Home to 383 students in this semester, the primary school #2 of Goris was founded in 1952 and has operated in the same building for the past 50 years. And while the Nagorno-Karabakh conflict in 2020 and ensuing escalations and security issues have led to some emigration, the school principal, Marine Shahgeldyan, noted that the number of students has instead increased by 50 over the past two years, including 21 students displaced from Nagorno-Karabakh.

“Our school has educated many successful graduates, from doctors to scientists and athletes. But we never had the necessary resources to improve the outdated learning environment in the building, our furniture was beyond repair. The new furniture and materials that we received came at the right time and have breathed a new life into the school. It’s also so reassuring that we have the support of our people despite the long distance,”

With the support of the Armenian community in Argentina, for the new academic year in 2022, UNICEF and ‘Hayastan’ All-Armenia Fund in Argentina provided new furniture and learning materials to public schools #2 and #6 in Goris and the public school of Verishen. Altogether, the schools received 496 student tables, 990 chairs, 50 desks for teachers, chalkboards, and 100 bookshelves for the school libraries.

At Goris school #2, the library is bustling. One after another, students go through the bookshelves, looking through the books and take their turn at the main table to read. They now have a cozy corner in the school to spend some quality time after and between classes.

“I immediately felt the difference with the new furniture in place, it looks so much nicer and more welcoming. We’re very happy and we'll definitely take good care of it,”

“A welcoming environment and proper conditions are so basic and crucial for each school to have. While our teachers do everything in their power to make coursework engaging and provide us with good education, it is equally essential for us to be able to learn in normal conditions. The new tables and bookshelves have made our classrooms more welcoming, and we enjoy going to school much more than before,”

“School-age children spend a good part of their day at school, so a proper and safe environment is crucial to support students’ learning. UNICEF worked with the Ministry of Education to identify the schools most in need of support in Syunik. To complement the furniture and materials, UNICEF will also be providing teachers with training on how to organise catch-up classes for students who missed out on their education due to the conflict escalation or the pandemic,”

Besides school refurbishment, UNICEF and ‘Hayastan’ All-Armenia Fund are renovating Goris kindergarten #5, and are set to establish two youth houses in Verishen and Artik, as well as to support the refurbishment of the family and child support center in Vanadzor. 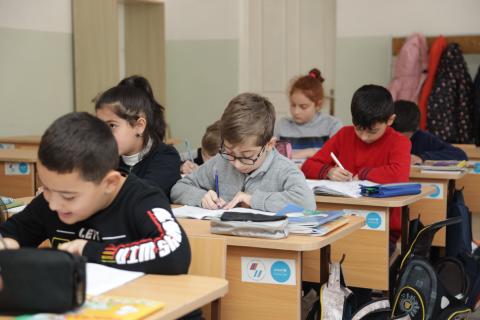 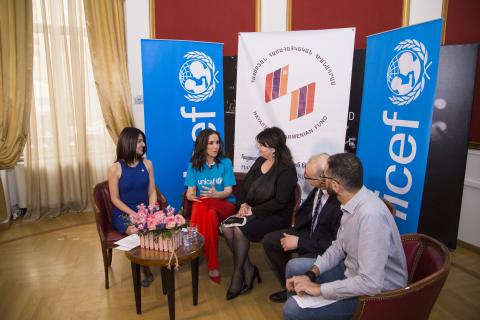 UNICEF, Hayastan All Armenian Fund and the Armenian community in Argentina unite efforts to support Spitak 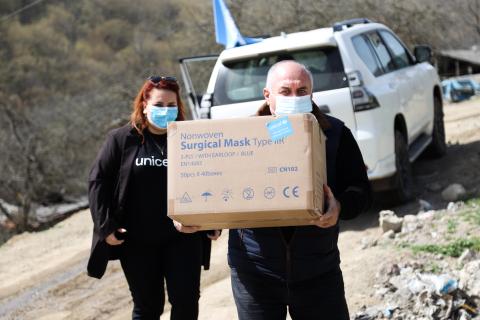 Reaching the furthest from help through mobile health teams

UNICEF continues support to remote villages in Armenia cut off from the main roads due to the Nagorno-Karabakh conflict.