MAZAR-e-SHARIF, Afghanistan, 28 August 2016 — “I don’t need to wait in line for hours to get water anymore,” says ten-year old Nafisa. That’s no hyperbole: Life in her village has changed radically since a new water reservoir was built in the Charkint district of Balkh province in northern Afghanistan.

Previously, the only source of water in Nafisa’s village was a small spring with a weak flow; residents had to stand for hours for only the smallest amounts of water that could barely meet their drinking needs.

The new reservoir has also had a dramatic effect on people’s health.

“Children were getting sick all the time and were prone to waterborne diseases because the fountain was open to all kinds of bacteria,” says Ms. Zakira, Nafisa’s mother and the Secretary of the village’s Women’s Council.

“Nafisa and her siblings used to suffer from diarrhea so often, but this is already changing [since we have access to clean water],” she added.

UNICEF, in partnership with the Provincial department for Rural Rehabilitation and Development and Community Development Councils, built the reservoir and a gravity pipe that accumulates water from the spring. The tank also has two connected taps so people can access water quickly.

“Before we had the [water reservoir] storage, my children couldn’t wash themselves properly. I couldn’t wash our clothes or things for the house,’’ says Leqa Gull, a resident of the village. ‘’Now they have clean water to drink and they can wash themselves as often as they need. I am also able to wash our clothes and sheets more frequently, which helps keep us all healthier.”

With a capacity of 25,000 litres, the reservoir has solved similar problems for 268 families in the area.

Decades of war have decimated much of Afghanistan’s resources. One of its casualties continues to be the infrastructure that supplies the population with access to clean water. Geographical constraints, climate change, and the lack of education about clean water and sanitation have compounded existing challenges.

Since 2001, UNICEF has supported the Afghan Government, NGOs, and Community Development Councils to provide safe drinking water and sanitation and promote hygiene practices to communities around Afghanistan.

Since 2010, UNICEF has also supported eight provinces that were hit by drought and flooding in the north of the country, as well as among communities displaced by ongoing conflict. 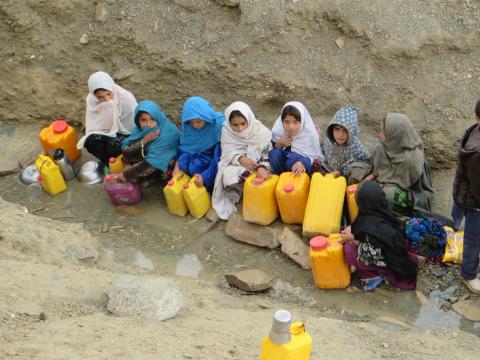 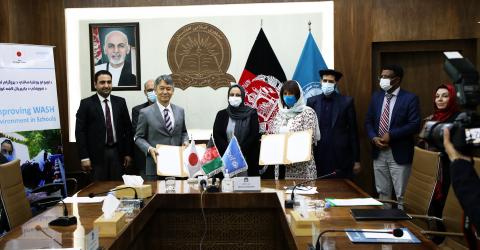 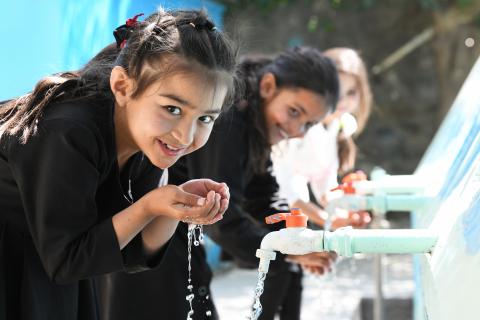 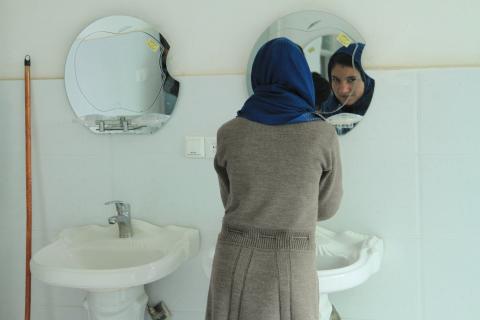 The end of a nightmare: proper toilets for 320 female studen

The end of a nightmare: proper toilets for 320 female students