“I enjoyed every moment of the performance. I learnt a lot about sexual and gender based violence through song and theatre."

Slowly emerging from a booth placed on a stage , the puppet who the kids learn is Tutu, a happy, friendly, wise and enthusiastic lizard wanders around.

He, too, is excited to be with the children aged between 3 and 12 years all gathered to learn more about COVID-19 and Sexual Gender Based Violence (SGBV).

Tutu’s wit and skill leaves the children fixated on his performance.

For a brief moment Tutu disappears behind the booth leaving his audience craving for more. The young children giggle and echoes of their innocent voices can be heard in the hall as they keenly wait to hear what he will say when he reappears.

Moments later, an old pot-bellied man, wearing a hat, tie, shirt and pair of trousers sings as he walks towards the kids.

The kids clap and dance as Tutu reappears also joining the fun.

“Praise,” the pot-bellied man calls one of the kids in the audience, “why is it important to wear a face mask?”

In response Praise, excited to be singled out, confidently explains why a mask provides protection against the spread of COVID-19.

There is more dance and song as the children are being educated on SGBV and “red” zones of their bodies. They are told that if anyone touches their red zones, rapes them or violates any of their rights, they should immediately tell the police.

“Touch, touch, don’t touch my body,” the kids all recite as they move to the front of the room to join the actor and  puppet, Tutu.

Theatre as an information vehicle

Facilitated by Vuka Africa Performing Arts Trust, the theatre and puppetry is sending the message on SGBV and COVID-19 prevention to the children at a tender age.

This comes at a crucial time as the phased reopening of schools has begun in Zimbabwe with all pupils expected back in school in November.

The puppetry is helping to develop imagination, creativity and observation skills in the children.

One of the kids is 10-year old Tinotenda Musharo.

She says as a young girl the theatre performance and puppetry empowered her and other kids.

“I enjoyed every moment of the performance. I learnt a lot about sexual and gender based violence through song and theatre. If anyone touches me or my friends inappropriately, I will report to the nearest police station,” she said.

Tinotenda adds that she will spread the message to her friends and classmates who could not attended the theatre and puppetry session.

“I want more of such educative dramas. I hope Tutu returns next time so my friends who are not here can also learn. We are going back to school soon and I learnt a lot about how to stay safe from COVID-19,” he said.

An officer within the Police Victim Friendly Unit, Thukani Ngwenya, who coordinated the children explains how puppetry and theatre boosts social behaviour change in the children.

“We have been teaching them about COVID-19, how to properly wear masks, but the addition of the puppets and theatre today captured their imagination. We expect positive results,” he said.

In partnership with UNICEF Zimbabwe, Vuka Afrika Performing Arts Trust is conducting social mobilization and community engagement awareness using theatre for development in Umzingwane and Bulilima under the Spotlight Initiative.

A global partnership to eliminate all forms of violence against women and girls, The Spotlight Initiative is funded by the European Union (EU). It is being implemented by UNDP, UNICEF, UN Women, UNFPA, UNESCO, and the ILO in Zimbabwe.

Engagement of local theatre groups has resulted in community buy in.

“We first conduct auditions and local theatre groups who would have qualified undergo three days’ training. We then orient them about the project and ask what kind of SGBV happens in their area. They pick up their own story lines and contextualise them for the audience,” Mkwindidza revealed.

This, he added, has been an effective way to educate communities, especially young children on COVID—19 and SGBV.

Mkwindidza further explains that using COVID-19 has a positive impact on the way children view the virus and SGBV.

“When we use puppetry among children to convey messages on SGBV and COVID-19 the impact we expect is the development of a frame of thinking that resonates with an upstanding young citizen. We are seeking to inculcate in them the idea that a good boy or girl is one that washes hands, wears a mask and practices social distancing, and that a clever boy or girl is one that does not allow him or herself to be touched in the 'Red' don’t touch zones,” he explains.

The approach, he further points out, plays upon what most children in Zimbabwe are brought to aspire to be, 'good children'.

“Our impact is in how they internalise what they need to do to become 'good'. As typical within the Zimbabwe setting mischief, non-compliance or simply being a 'bad' boy or girl is punishable. So you will find that in the puppet show we dramatise what being good means, and the implications of being bad, as well as the coed.

Moreover, he applauded the support from UNICEF under the Spotlight initiative, which he describes as a crucial catalyst in facilitating training activities the strengthening and upskilling of community structures, mechanisms and institutions.

“Vuka Afrika was able to orient and co-create drama presentation teams of five community facilitators across 12 districts giving a grand total of 60 community cadres that are facilitating theatre for development community dialogues on SGBV in-cooperating COVID-19 risk communication. The support from UNICEF further enabled the production of information education communication materials, which will be used to conduct further activities at community level,” he said.

Additionally, as Vuka Afrika facilitated the co-creation and orientation activities within the 12 Districts, support from UNICEF made it possible to also bring together critical stakeholders to act as resource people and well as share their experiences in the communities.

The stakeholders were drawn from the Police Victim Friendly Unit; Ministry of Women Affairs, Community, Small and Medium Enterprises Development; Ministry of Health and Child Care, and from the Ministry of Youth, Sport, Arts and Recreation.

“Convening these stakeholders would have been difficult without UNICEF support. As a result, the scripts developed by the community teams are rich,” he says.

As noon nears, the puppet and theatre show is over and the kids form a beeline, maintaining social distancing as they exit the hall and say goodbye to Tutu and the pot-bellied man. 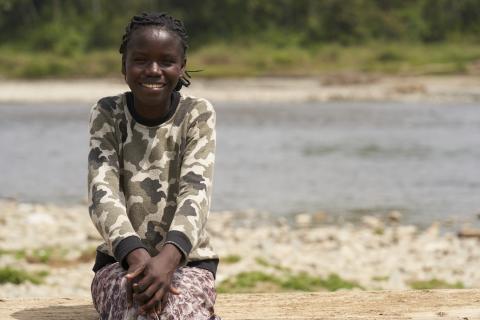 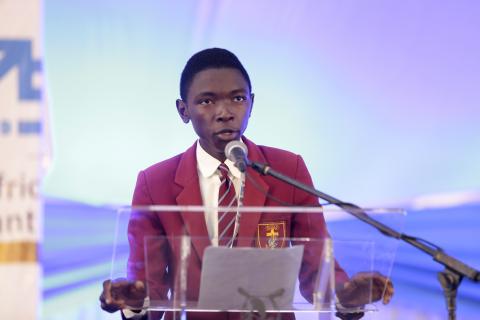 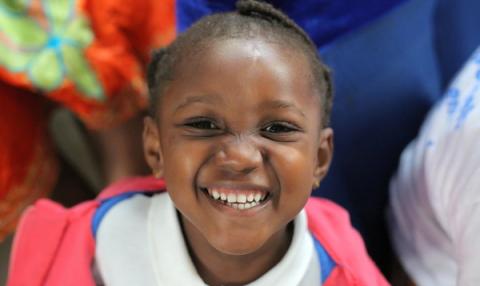 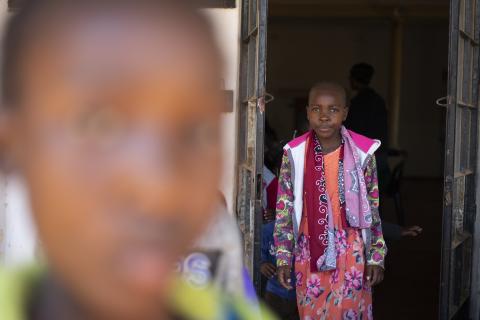 Vusa Ndlovu said during the various visits, they are carrying out surveys on awareness around the COVID-19 toll free numbers, GBV and SGBV and child abuse