CHIMANIMANI, Zimbabwe - When 15-year-old Praise Muferi starts to speak about her 10-year-old sister, Morefaith, she breaks down in tears. “She was very sweet and chubby, with a funny giggle. She loved to read and draw, and we would spend a lot of time playing on the patio.” Her little sister was killed when Cyclone Idai tore through Ngangu Township in Chimanimani along the Eastern Highlands of Zimbabwe. "Soon after the wind and rain started, we heard a large rumbling sound, the likes of which we had never heard before. My sister and I got out of bed and went outside to see what was happening" she says. “Suddenly, we saw water and large rocks come tumbling down the mountain.”

What happened next is so harrowing that even adults could not withstand the trauma. “My sister and I began to run away from the oncoming water and rocks, but my sister’s feet got stuck in the mud, and one of the large rocks crushed her, and she got buried under more rocks,” she says as her voice cracks.

In Ngangu Township, stories such as these are all too familiar as most households were directly affected by the cyclone.

Twelve-year-old John* and his five brothers were staying overnight with their grandmother when the deadly water and rock landslide occurred, burying part of their house.

"My grandmother, brother and I managed to escape as we were sleeping in the same room. My three other brothers, aged 14, 8 and 7 were buried under the rocks. We only found their bodies days later", he says quietly.

"Soon after the wind and rain started, we heard a large rumbling sound, the likes of which we had never heard before. My sister and I got out of bed and went outside to see what was happening"

It is during times like these that it is critical for children facing trauma and widespread devastation to receive urgent and immediate professional psychosocial care to safeguard their rights.

With UNICEF support, partners including Childline Zimbabwe and REPSSI are on the ground in Ngangu Township providing psychosocial support, bereavement support, and trauma counselling. Through the Department of Social Welfare, social workers have been deployed to affected areas to provide critical protection services for affected children. "It’s important that after such a traumatic experience, we work to protect their childhood and not allow this incident to scar them permanently" says REPPSI Country Director Sibusisiwe Marunda, who is on the ground with her team at the rescue coordination centre in Ngangu.

A temporary housing has been set up at Ngangu Primary School to provide shelter for the families whose homes were destroyed by the cyclone. Here REPSSI and Childline are working to ensure that children are provided with the necessary care to cushion them from the stress of the last two weeks.

“It is extremely difficult to hear some of the experiences these children have lived through,” says Sifelani Dzingi, a Social Worker from Childline Zimbabwe. “We are working to set up child-friendly spaces within these camps to make sure that children’s rights are safeguarded and that they have the means to slowly move past this terrible experience.

"It’s important that after such a traumatic experience, we work to protect their childhood and not allow this incident to scar them permanently"

UNICEF is working with Government and partners from eight civil society organisations (Childline, World Education International, REPPSI, Child Protection Society, JF Kapnek Trust, Save the Children International and Plan International) to coordinate protection services both at national level and in the affected areas.

In addition to providing psychosocial support, trauma counselling and bereavement support to children and adults, these organisations identify and document separated and unaccompanied children. Child-friendly spaces offer safety, security and psychosocial support for affected children, including children with disabilities.

As more cyclone-affected areas become more accessible and more children are reached, these services will be critical. "Being here at the shelter with other young people affected by the cyclone makes it a little better to bear" says Praise. “My sister and I were the only two girls out of our seven siblings, I’m the only girl left in our family now, and I really miss her. 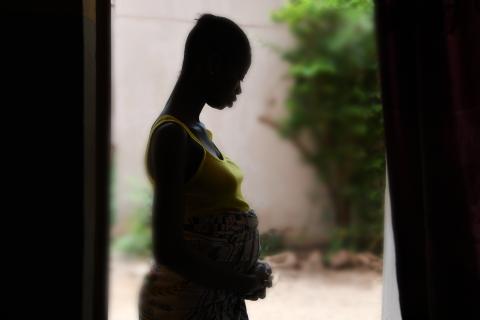 Josephine Phiri* was left devastated after discovering that her 12-year-old daughter was over two months pregnant, and her neighbour was responsible. 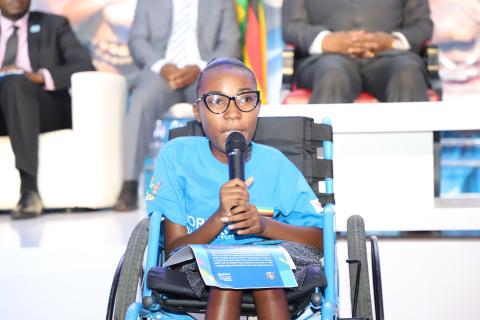 “My disability shouldn’t define me. We are all children who have rights.” 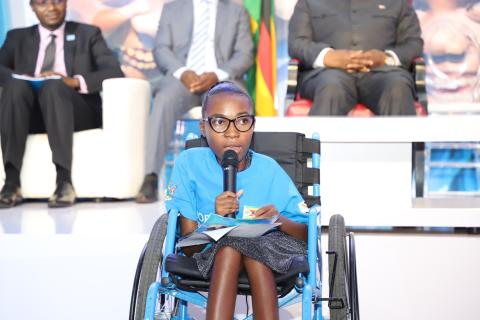 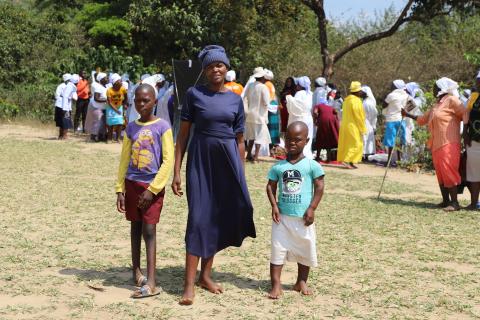 Church doctrines of most apostolic sects in Zimbabwe discourage members from using modern medicine, including immunisation of children.