“People couldn’t believe the support they received,” said District Commissioner, Mr Justus Phiri, as he receives us in his office in Gwembe town. We have travelled to the district in southern Zambia to meet families affected by last year’s widespread crop failure. We’re also here to find out about the impact of the largest UNICEF-supported emergency cash transfer scheme outside of Syria and Yemen.

Once the impact of the drought became apparent, Zambia’s Ministry of Community Development and Social Services and the Disaster Management and Mitigation Unit knew there was little time to lose. Fortunately, there was already a social cash transfer scheme in place with 632,000 registered households nationwide in a government programme supported by a Joint United Nations programme on Social Protection. Piggy-backing on this, the idea was hatched for an Emergency Cash Transfer programme targeted at those families already registered in the programme and identified as being from districts most-affected by the drought.

A short drive off the main Lusaka-to-Livingstone highway, Gwembe town is small, but sits on the edge of a vast district that borders Lake Kariba, the world’s largest man-made lake. While the town is situated on a plateau, much of the district lies in the valley below. In June 2019, the Government’s vulnerability assessment named Gwembe as one of four IPC4 districts in Zambia meaning the food security situation was categorised as at emergency levels.

After our courtesy call with the District Commissioner, we changed altitude to travel down to Hanyimbo village in the foothills. Here we met Sylvester Moonze and his wife Susan, who have five children including Chabota, who is 8-years-old and has cerebral palsy.

“We depend on peasant farming and we didn’t harvest anything in 2019, so there was hunger,” says Sylvester as we sit on stools under the shade of an outside shelter supported on thick tree trunks.

At a community meeting in November 2019 they were told about the Emergency Cash Transfers, and a few weeks later the distribution started.

“Everyone was really happy going to the Pay Point,” said Susan. “We were expecting 200 kwacha [$13.74], but were given 600 kwacha all at once. We rushed home and quickly did a budget to buy maize on the local market. Without this money, we were just selling our remaining chickens to try and get a bag of maize meal.”

The frontline workers in the social welfare system in Zambia are the members of the Community Welfare Assistance Committees (CWACs), and Cephas Muktotoolo is one of these volunteers for the village of Hanyimbo.

“Some bought food, some paid school fees - it made a great difference,” he told us. “It reached a lot of people and helped pay for fertilizer for the planting season. It came at the right time. If it hadn’t had come, many would have ended up in hospital. In some homes there are no chickens or goats to sell during the lean season – they only survived thanks to the cash transfer they received. There was serious hunger in the village. Men were sitting around despite to work. Some travelled to cities to search for food.”

With widespread crop failure during the 2019 harvest season, food stocks quickly ran out, and families were at significant risk of resorting to strategies that would have put in danger their future chances of wellbeing and security. Such ‘negative coping strategies’ would include taking children out of school, avoiding medical treatment, resorting to child marriage and selling off key productive assets.

“Some bought food, some paid school fees - it made a great difference. It reached a lot of people and helped pay for fertilizer for the planting season. It came at the right time. If it hadn’t had come, many would have ended up in hospital."

With funding from the governments of Sweden and the United Kingdom, the Emergency Cash Transfers are aimed at more than 97,000 vulnerable households in 22 of the worst-affected districts. Each household receives 100 Zambian kwacha per month for six months in either one or two instalments. Phase 1 reaching almost everyone with at least one payment has just been completed, while Phase 2 planned for March 2020.

“The Emergency Cash Transfers have been really positive,” said Chinyama Chibamba from the district’s social welfare team. “People were really grateful. It came at a time when they really needed it the most. The fact that it’s a reasonable amount, really allows people to plan properly.” Given the isolated nature of many communities in the district, it took a total 18 days for the cash distribution team to finish their work.

Closer to Gwembe town, we visit another family headed by Euphema Mangison, who lives with two of her children and two young grandchildren. Long-term health issues mean she’s been unable to work for the past three years.

“Life was not easy. There was hunger. Without food, we had to ask neighbours to help or the lady I used to work for. This year I have struggled to plant because of my health. No one harvested here last year.”

While she was in hospital, her 19-year-old daughter, Bridgette, attended a meeting at a local school announcing the Emergency Cash Transfers.

“Initially when I saw Bridgette that day I was angry because I’d asked her to come and bring me water, and she was very late” said Euphema. “But then my mood changed when I heard about the cash transfers. A week later I was discharged, and with the help of a local community volunteer [CWAC member], I went to the pick-up point.”

With the funds, she has paid for her medication, and some food for the family. In addition, she’s also received food relief from the Government, in collaboration with the World Food Programme.

“I can’t speak for others, but I was very happy,” she says with a laugh. “The time the money came, it really helped me. It came through for me. Without that, I wouldn’t know what I would have done.”

Her local CWAC member, Hasley Phiri, says only those who had planted with the early rains at the end of 2018 harvested anything last season. “But by the time you got to June, the normal harvest period, the whole place was completely dry – you could have easily lit a fire,” she told us.

Ms Phiri was at the distribution site when the cash transfer team rolled into town.

“You should have been there to see the Armaguard [contracted security firm] arrive. People were clapping and dancing,” she said. “Some bought goats, pigs, chicken, maize. Some paid for school fees or school books. It gave us hope that we will at least have something. You can guy a goat. It gives you something for the future. People are desperate.”

Ms. Phiri is optimistic about this coming harvest season. The rains so far have been good she tells us and the maize looks high in the fields. “This year will be much better,” she says.

The impact of the current shortages mean resources are slim and it will take a few good years before people can afford to plant their normal surface area of maize. But the drought response programmes have provided a layer of social protection to ensure families have not sacrificed their long-term chances of escaping poverty just to survive. 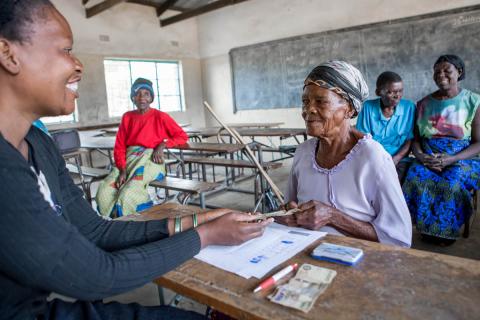 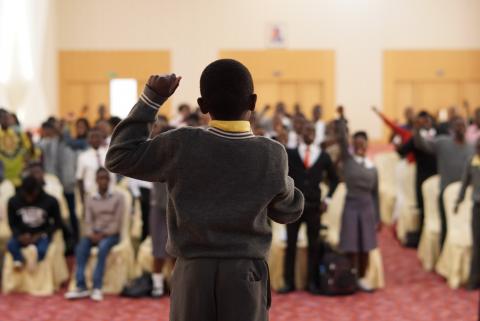 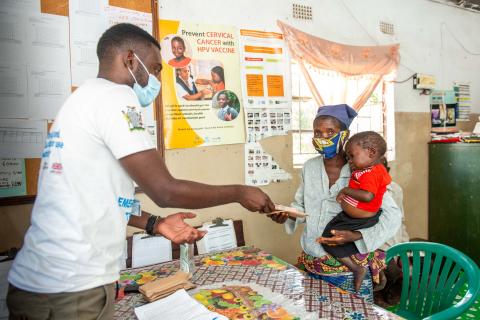 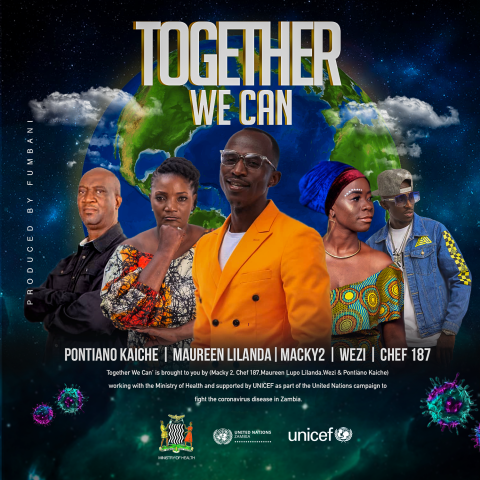 Major Zambian artists say ‘Together We Can’ stop the coronavirus disease