Aswan: the Cinderella of Yemen

Aden, Yemen, 13 November 2018 - It was one of the days of war in Yemen, the clock was indicating that it was 6 am in the morning. Aswan, a 16-year-old Yemeni girl, woke up terrified with bullets and shells shaking her house and all the neighboring houses in Al-Qabaytah district of Lahj province. With her parents and 8 siblings, Aswan lives a simple life like most of the Yemeni people whose life’s have been dramatically changed as a result of the ongoing conflict in the country for almost four years.

“I was very frightened, listening to the sounds of shells as they approached my home. On this day, I was supposed to attend my mathematics exam in school, but with all these clashes in the area all the exams were canceled and all the schools closed down,” says Aswan.

Out of nowhere a mortar shell fell on Aswan’s family house devastating everything and the shrapnel scattered all over the house. Sami, Aswan’s elder brother, narrates: "The smoke was all over the house and the screaming was filling up the atmosphere. I rushed to see my family and I was shocked by what I witnessed, I saw Aswan covered with her blood and she lost both legs; she was unconscious, I couldn’t believe the scene and I was stunned and shocked for a while before I carried her on my shoulders to take her to the hospital”.

From to this day, the suffering of Aswan began, as the nearest health facility was about four hours away from their village, so they were forced to convey Aswan to that hospital to save her life. "It was four long bitter hours," said Sami. "I was asking myself all the way with Aswan lying beside me unconsciously, for what is all that about, what is the fault of this innocent little girl to lose her joy and lose both feet, becoming the victim of a conflict not of her making.”

Aswan was hospitalized for treatment for three months. She was not the only one who suffered from this disaster, her grandfather died from a severe brain injury. Her father was also injured and her mother lost her left eye.

"It was a miserable sight for me, my whole family was torn apart, I lost my legs and my grandfather, our house was demolished and we no longer had a shelter,” Aswan recalls.

Her family moved to Aden, where they rented a home in the city as Aswan was in urgent need for a specialized treatment in addition to two artificial limbs.

“A local organization working in al-Qabaytah district, told us that UNICEF provides people who lost their limbs with prosthesis so we took Aswan there,” Sami remembers.

©UNICEF/2019/Yasser AbdulBaki.
Aswan, during a session inside the UNICEF-supported prosthesis centre in Aden, south of Yemen.

Aswan is currently benefiting from intensive care at the prosthesis centre, she has now two artificial legs and receives physiotherapy as well as psychosocial support.

"The situation of Aswan has improved a lot in comparison to when she arrived the centre. I remember she was introverted and desperate, but after receiving psychosocial support here, her condition significantly improved and she is finally smiling again,” acknowledges Dr. Jawhara, the centre’ social specialist.

"I know I will never walk normally and I will not play my favorite game, jump rope, again. I am now spending most of my time at home, but I have not lost my will and my soul is still alive. I will continue my education until I become a doctor to treat the children, who suffer every day because of the ongoing war in Yemen,” Aswan wishes.

"My message is that we really want this war to stop and come to an end, we want to enjoy peace, we as children deserve that. Please stop making the children as targets and victims for this unreasonable war, enough destruction, enough kill, enough making children disabled” Aswan Said.

©UNICEF/2019/Yasser AbdulBaki.
Awsan sitting beside her home in Aden trying to restore her normal life

The ongoing conflict in Yemen has caused many injuries - both physical and mental. UNICEF's Child Protection Team in Aden provides essential psychosocial support to affected children. During the first phase of UNICEF’s Victim Assistance Project, UNICEF and its partner, the United States Agency for International Development’s Office of U.S. Foreign Disaster Assistance (USAID/OFDA), provided 100 children, directly or indirectly affected by the conflict, with integrated support, including physical rehabilitation, psychosocial services as well as assistive devices. Children who benefit from this project come from all the governorates across the country to Aden, due to the lack of health services and infrastructure in most of the governorates. UNICEF has now launched the second phase of the project targeting another 120 children. 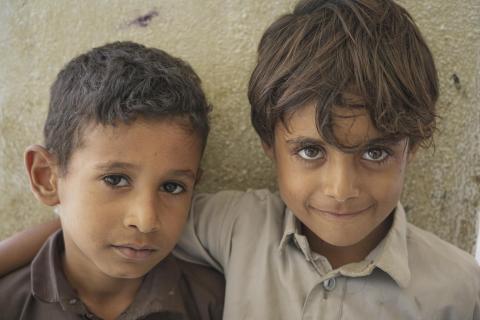 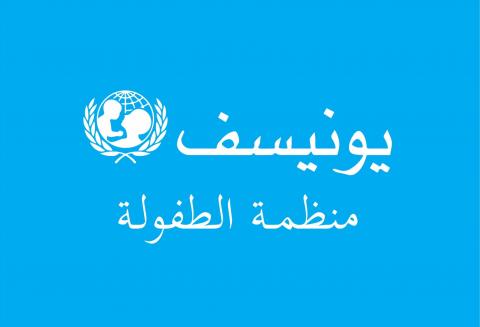 As violence escalates, 37 children among those killed and injured in the attack in Al-Jawf, north of Yemen 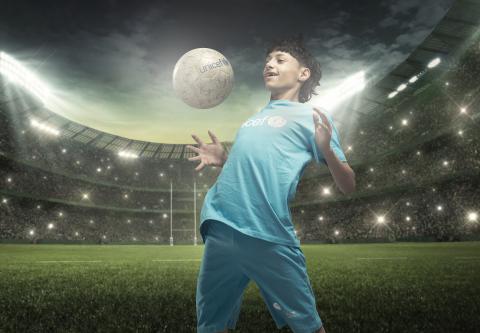 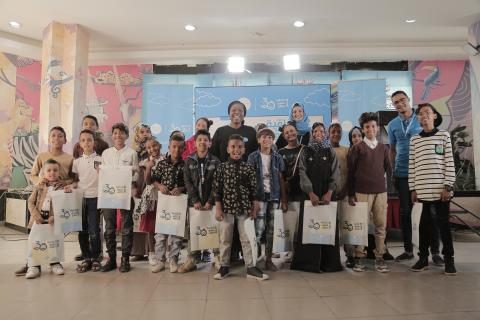 A message from the children in Yemen

Listen to the voices of Yemeni Children