For Nguyen Van Thanh Thong, like many children growing up in Viet Nam’s cities, the simple act of taking a breath now comes with an element of fear. “Just a few years ago, I breathed in and out without worrying. Now things are different," the 15-year-old secondary school pupil shared with other students from Ho Chi Minh City (HCMC), Viet Nam’s biggest city and one of Asia’s fastest growing urban centres.

As agents of change, he joined 27 students and teachers from six universities, secondary and high schools for Viet Nam’s first-ever New Solutions to Air Pollution workshop hosted by UNICEF and the Saigon Innovation Hub (SIHUB), committed partner to building a social impact start-up and innovation ecosystem in the city. Children participated as members of ‘Social Innovation Clubs’ piloted in 2018 by SIHUB under UNICEF’s Child Friendly City Initiative.

“Just a few years ago, I breathed in and out without worrying. Now things are different,"

Almost one-in-seven of the world’s children (300 million) live in areas with toxic levels of outdoor air pollution six or more times higher than international guidelines, according to UNICEF.

As with many of these large urban areas globally, air pollution has become a serious issue in Viet Nam as a result of rapid industrialization, urbanization and traffic growth that not only impacts on public health and the economy, it also has potentially serious consequences for children’s development. Aside from health concerns with the average human breathing 17,000-30,000 times a day and every breath especially counting for children, toxic air also affects each child’s right to live, learn and play in a clean and safe environment.

“My school is near a landfill area. Why should we only have stinky and polluted air, even while at school. We want to breathe clean and fresh air,” said 17-year-old boy Duc Nghiem, from Saigon College.

In this context, the New Solutions to Air Pollution workshop was the first regionally to kick-off the ‘Clean Air for Children’ initiative supported by UNICEF’s East Asia and Pacific Regional Office (EAPRO) and Clean Air Asia, an international non-governmental organization and implementing partner. This initiative aims to increase children’s awareness and reduce their exposure to air pollution as well as mobilize collective efforts to find solutions.

At the workshop, students learnt about the main causes and impacts of air pollution as well as how to mitigate its impacts.

Nguyen Van Anh, a 12-year-old student whose Tan Tao A secondary school is located close to an industrial zone, was one of many to share creative solutions.

“We could put filters on the chimneys of factories, ask factory managers to reduce pollution and plant more trees at school,” said Van Anh, who like her classmates, was concerned bad air quality would impact on their ability to concentrate in class.

Kieu My, a 14-year-old from Le Quy Don school, tells another story. “Our school is located in a highly populated area and there are many motorbikes passing by every day. We can smell the engines. We should reduce the number of motorbikes,” said Kieu My, who suggested more people use public or clean transportation such as buses and electronic bikes.

With a heightened sense of awareness and motivation to help address air pollution, all workshop participants committed to further developing solutions and mobilizing collective action within their respective schools.

With ensuring a clean and safe environment for children a key mandate and addressing air pollution a new area of work. UNICEF Viet Nam believes engaging and listening to children and youth is essential to finding solutions and communicating them to stakeholders and government partners to achieve meaningful change.

In line with these efforts, UNICEF Viet Nam will hold a follow-up event in May 2019 with EAPRO and Clean Air Asia to bring together a range of key stakeholders - such as city authorities, government partners and civil society organizations - to introduce the ‘Clean Air for Children’ initiative, showcase children’s solutions and solidify school and youth engagement in the issue. 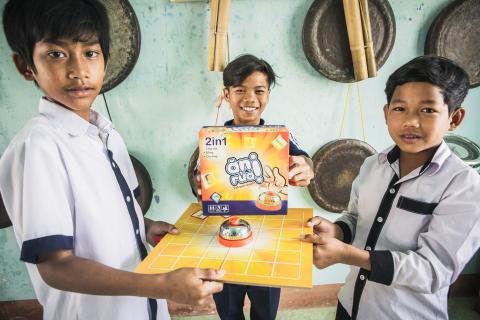 Cool Down the Earth
These innovative games are designed to be fun and engaging, with messages worded in appropriate ways for primary and secondary school children, taking into
Read the story 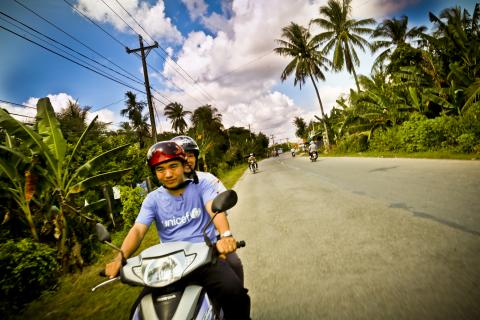 Climate change lives
My name is Vu Xuan Viet, UNICEF Viet Nam WASH Specialist working in the UNICEF Emergency Programme . I have been with UNICEF for four months
Read the story 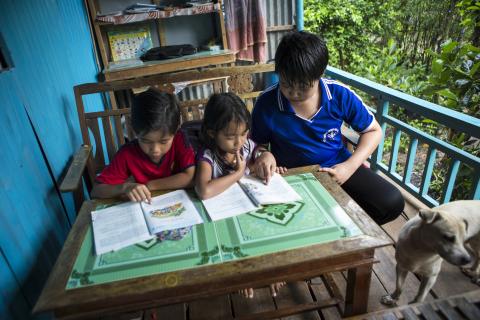 Small change, big impact
Tran Anh Bao and Tran Anh Kha are filled with pride when recounting a story about something many of us take for granted.
Read the story 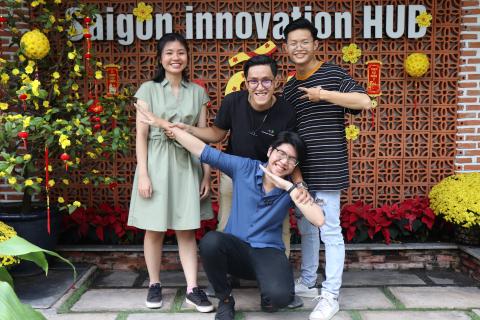