Protecting the next generation through vaccines is a mission we’ve shared across continents and centuries. It's a mission that’s paid off.

Vaccines have saved more lives than any other invention in human history. That’s a remarkable achievement and there are a lot of people who have made that possible.

They deserve our gratitude.

So, this World Immunization Week, we wanted to write to all of them and say a big thank you. 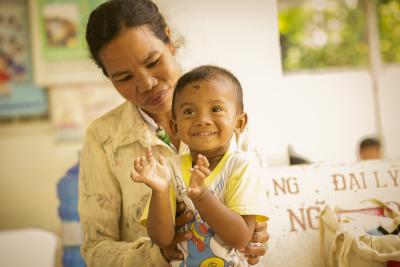 Read this love letter to someone you've never met.

This vaccine defended him against smallpox. It was inspired by centuries of innovation by the physicians of North Africa, the grandmothers of Constantinople and the doctors of Ming Dynasty China, all seeking ways to protect the next generation from sickness and death.

That’s a quest I know well. I work at UNICEF, and for 75 years we’ve been the world’s largest procurer of vaccines, responsible for immunizing 45 per cent of children on Earth. But once upon a time, I was a child too, and there’s a good chance that I like many of the kids we work with, wouldn’t be here without vaccines. So, this is a love letter from me, and from all of us here at UNICEF, on behalf of every child who is alive today because of vaccines.

Because we want to say, thank you. 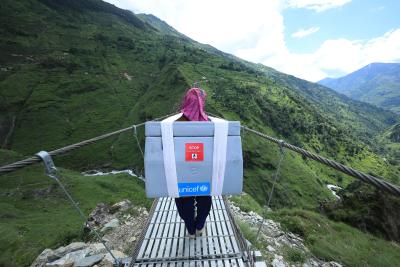 Thank you to the camels of Pakistan who carried the vaccines in last year’s epic sprint to vaccinate over 90 million children against measles and rubella. Thank you to the doctors and nurses who give needles with a funny voice so it doesn’t hurt too much. And thank you to Elvis Presley, who in 1956 had his vaccine moments before going on stage to spread the word about polio, because that’s what kings do.

This is a love letter to all of you because love is what it takes – To ‘days of tranquillity’, when UNICEF arranges ceasefires to vaccinate children in conflict zones; to Jim Grant, the Executive Director of UNICEF who in the 1980s helped raise the global childhood vaccination rate from 20 per cent to 80 per cent; and to the World Health Organization, who in 1966 launched the Essential Programme on Immunization and in just 11 years, wiped smallpox from the face of the Earth. 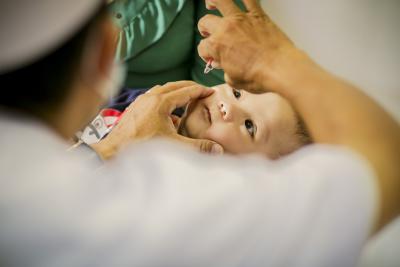 Every year, vaccines save the lives of up to 3 million children. But there are still some kids who miss out. As we invest to recover from the pandemic, we have a once-in-a-generation opportunity to build health systems that reach every child. So this is a love letter to our leaders in government – the ones who take healthcare seriously – because the only way we’ve got this far, and the only way we’ll get further, is by investing in healthcare for all.

Now there’s just one person left to thank: you. This is a love letter to you, because if you’ve ever been vaccinated, or have had your children vaccinated, then you are part of the chain of linked arms that keeps us all safe. You are the living proof of what humanity can do through dedication, cooperation and love. So from me, from all of us here at UNICEF, and from every child who is alive because of vaccines, thank you.

Our thanks and our gratitude

Going above and beyond

There are so many people that have gone above and beyond to protect children with vaccines.

Of course, all the scientists who have invented lifesaving vaccines down the years. Then there are the volunteers in vaccine trials and the workers who pack vials at factories.

Now, imagine all the boat crews, the pilots, the drivers and the healthcare workers who brave flooded rivers in monsoon season, or trek for miles in the snow, to bring vaccines to the communities that need them.

Their efforts have been crucial.

And you can meet some of those unsung heroes that have responded tirelessly during the COVID-19 pandemic.

We also pay tribute to every government that takes health care seriously. Because right now, it’s never been clearer. The only way out of an epidemic – or a pandemic – is equitable healthcare and stronger health systems for all.

Find out more about what a strong health system looks like and why they’re crucial to saving lives.

We say thanks at a pivotal point in time.

In the past two decades, more than 1.1 billion children have been immunized. Every year, vaccines save the lives of up to 3 million children.

But during the COVID-19 pandemic, for the first time in 30 years, the routine immunization of children has slipped.

As we invest to recover from the pandemic, we have a once-in-a-generation opportunity to not just get back to where we were, but build better health systems and reach every child with vaccines.

One more important person to thank

That’s right. If you’ve ever been vaccinated, you’re part of the arm-to-arm chain that keeps every one of us safe. You are the living proof of what humanity can do.

Thank you so much.

Help UNICEF save and protect the world's most vulnerable children 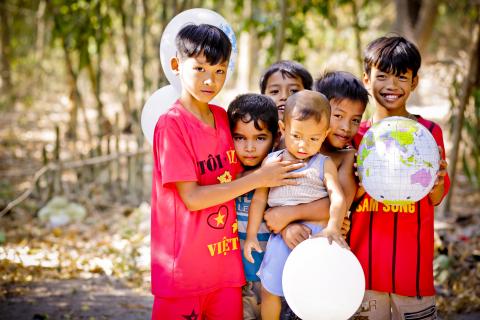 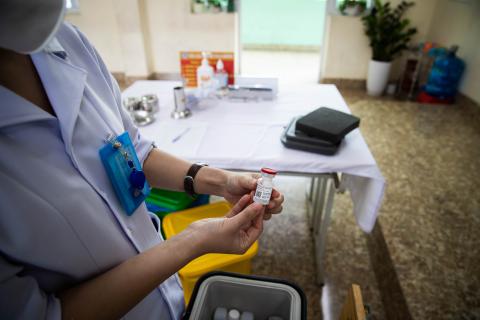 We’ve gathered the latest expert information to answer some of the most common questions about COVID-19 vaccines. 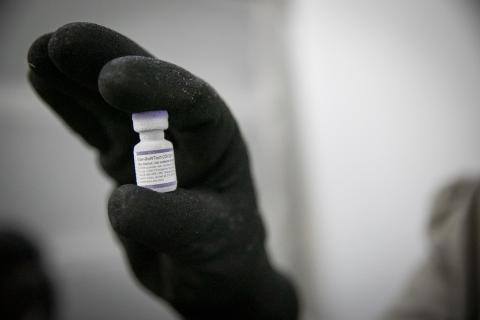 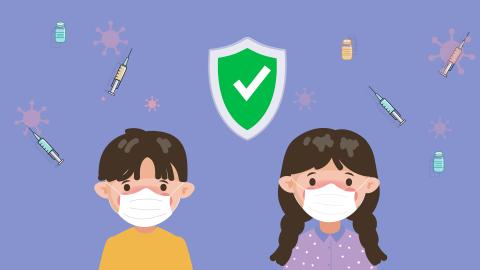 How COVID-19 vaccines for children are researched?

Do parents know how COVID-19 vaccines for children are researched, developed and tested?