Protecting the rights of child witnesses

Kampala, 2016 - The Judiciary in Uganda has launched a new exciting innovation that will enable courts to take evidence by an audio-visual link.

Launching the system on 18th August 2016 at the High Court in Kampala, the Chief Justice, Bart M. Katureebe said the innovation that will enable courts to take evidence live by Audio-Visual Link technology seeks to promote and respect of the rights of children while handling cases involving children.

“It is now possible for all courts in Uganda to receive evidence live by video-link from child witnesses who are victims of sexual and gender-based violence who will now be excused from secondary victimisation which they suffer when they physically appear in court to testify in full view of their alleged perpetrators,” the Chief Justice said at the launch at High Court in Kampala.

With support from UNICEF Uganda, the Judiciary has installed IP based Closed Circuit Cameras that are connected to TV monitors in the High Courts of Kampala, Gulu and Fort Portal. Similar facilities will be installed in the High Court Circuits of Mbale, Mbarara, Arua and Masindi.

I am sure that the installation of the audio visual system will  address the problem of further traumatizing victims or witnesses in open court, including challenges related to trials hindered by geographical impediments, fears associated with testifying in person, or even lack of security at the trial site.

The new technology will help ease the process of taking testimonies from vulnerable witnesses like children, the elderly and whistle-blowers.

According to the Judicature Audio-Visual Rules No. 26 of 2016 in Uganda, a person can give evidence using audio-video link technology under the following circumstances:

At the launch of the system, a 16-year-old primary seven girl became the first person in Uganda to give evidence in court through the audio- video link. The victim was testifying in a case where she accused an older male of defiling her. The case is currently being handled by the Buganda Road Court Grade One Magistrate in Kampala. In order to demonstrate how the audio-visual technology works, the judges decided to have the girls' testimony taken from the High Court in Kampala.

Uganda is a signatory to the United Nations Convention on the Rights of the Child which was ratified in 1989. The 1995 Constitution was internationalized by the Children Act Cap 59 which emphasizes upholding the best welfare principle. The principle emphasizes the importance of adhering to the best interests of child while handling court cases involving children.  The European Union and United Nations also have guidelines on child friendly procedures.

“I believe that taking of evidence by audio-visual means will facilitate speedy trials of child cases and will go a long way in promoting child-friendly procedures when courts are handling cases involving children,” said Ms. Prendville. 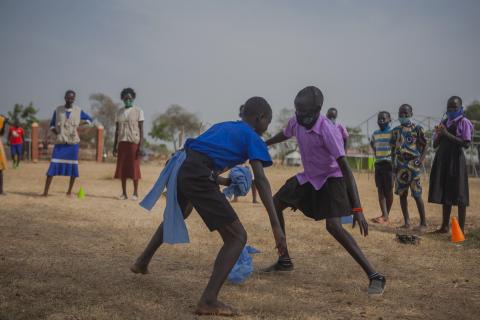 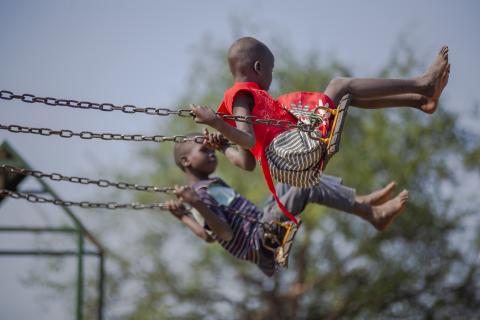 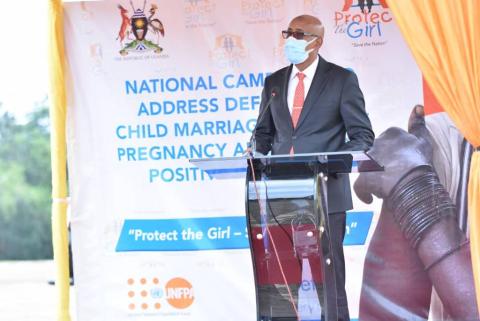 Launch of Protect the Girl, Save the Nation campaign 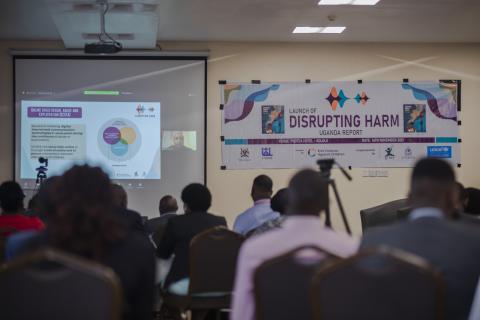 Uganda to develop a National Action Plan on online abuse

12 per cent of Ugandan girls between 12 and 17 years were asked to share a photo/video of their private parts, a new study finds