Over the past 2 weeks, heavy rains have posed a great threat to parts of western Uganda (Kisoro, Kabale, Kasese and Kibaale) where houses have been destroyed, latrines washed away, livestock and gardens destroyed leaving over 5,660 people in need of basic amenities. At least eight people lost their lives in Kasese due to the Cholera outbreak. A big number have lost shelter and have been displaced as a result of floods, landslides, hailstorm, and lightning. Schools too have collapsed leaving learners with no classrooms to undertake their studies. The Uganda Red Cross has responded to this call by deploying a team of 200 National Disaster Response Volunteers, professionally trained and well-placed to handle such emergencies. Relief items; including saucepans, plates, cups, blankets, tarpaulins, jerricans, soap, mosquito nets, and water purifications tablets are among the non-food items distributed so far.

The heavy rains have further caused disease outbreaks like cholera which has become a major life threatening endemic in the region.

The situation is worrying because the Cholera epidemic is spreading fast due to hygiene and sanitation gaps in the affected communities. At the same time, the country is experiencing climate change effects and communities in ‘risky areas’ have been hit the hardest. We are, however, conducting a door to door social mobilization campaign targeting to sensitize people on the effects of Cholera as well as prepare those in mountainous areas for other eventualities.

In partnership with the Ministry of Health and UNICEF Uganda, Uganda Red Cross Society has also deployed volunteers in Kasese, Kabale and Kisoro to carry out sensitizations in communities and teach people how to promote good hygiene and sanitation practices, observe proper farming methods to prepare for / mitigate disasters.

“We have given people water purification tablets to make water safe for use, we are giving out literature “IEC” materials to sensitize them about Cholera, we are putting up hand washing facilities in the remaining schools, health centers, and other communal areas, as well as encouraging personal hygiene and sanitation practices at individual and household levels. This we believe will help and stop the spread of the outbreak, “ John Paul Owiny, URCS WASH Specialist.

Cholera usually affects people during the rainy seasons. In 2016 the same disease claimed lives in eastern and northern Uganda. Uganda Red Cross Volunteers in Budaka, Sironko, Jinja and Tororo and areas with refugee settlements (Arua, Adjumani, and Yumbe) registered a significant number of Cholera cases due to population movements combined with weather changes. After a long dry spell, Uganda is experiencing heavy rains. Western Uganda has suffered the effects of the heavy rains due to the hilly nature of its terrain. 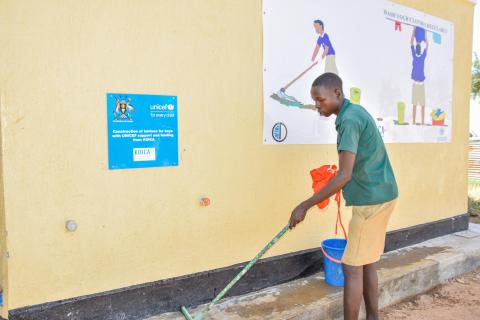 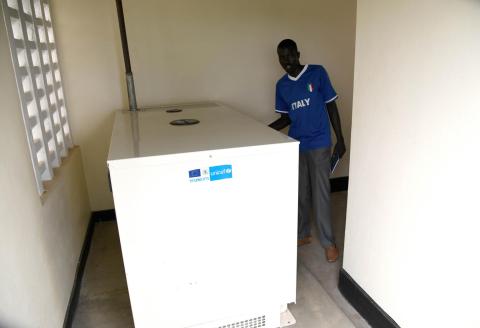 The water system helped us survive a second war 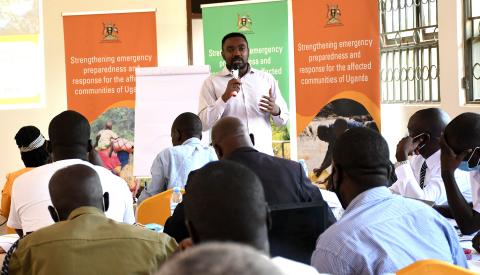 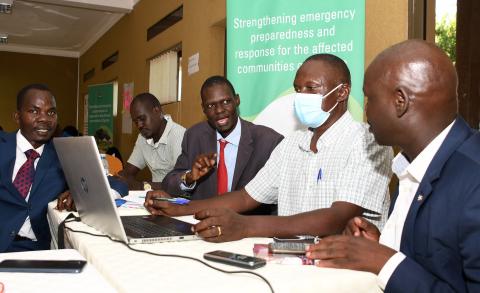