Through the National Child Helpline, a young girl is rescued from marriage

For only 150,000 Uganda shillings (USD 41) a young girl was married off at 12 years in Buyanga village, Iganga District, Eastern Uganda.

Alisaati Namagembe, now 14 years and a mother of a one year old son had always been an ardent student, good at mathematics and very focused. She aspired to be a Mathematics teacher and strongly believed and still does, that she would achieve her dream through education. Unfortunately, in 2016, her journey was interrupted when she was forcefully married off by her mother. She was a child and only 12 years old!

My mother broke the news one evening. I tried very hard to talk to her out of the proposal but I was unsuccessful.” “All the arrangements had already been made and the man was waiting for me

By the time her mother told her of the sad news, the family had already deposited 100,000 UG Shillings (USD 28).

The marriage that lasted four months was characterized with verbal, physical and sexual abuse by the husband. When asked how life was in the marriage, all she echoes is “I was suffering. I was suffering,” with teary eyes. Many times, when girls like Alisaati marry young, chances of experiencing abuse are very high.

The whole experience robbed her of her childhood and as a result, her smile is rare and she is always in deep thoughts.

In addition to all the anguish, Alisaati had to cultivate crops to raise the remaining amount of money that was not paid for her bride price. This was a condition the husband had given to her family. “I did a lot of digging and yet I also had to do all the other house chores.”

Alisaati is rescued from a gruesome marriage
On realizing that one of his students was absent from school for months, Alisaati’s former Head Teacher made inquiries about his student, only to confirm she had been married off in a nearby village.

The Head Teacher who had heard about a toll free National Child Helpline, through a recent media campaign, instantly reported the case by dialing 116. In a few days, Alisaati was rescued from what she calls hell. “I just saw police raiding our home one day and we were both taken to the Police station,” she said.

In 2014, the Ministry of Gender, Labour and Social Development with support from UNICEF launched the toll free National Child Helpline 116 also known as SAUTI to encourage children and adults to report cases of child abuse and all forms of child rights violations. The Child Helpline service is one of the mechanisms utilized to strengthen child protection systems in order to address violence against children in communities.

Furthermore, with UNICEF’s support, the district has also trained various duty bearers like para-social workers, community leaders, police, civil society organisations, parents, teachers, among others to identify, report and refer cases related to violation of children’s rights to the different child protection structures. Community dialogues to create awareness about the dangers of child marriages have also been organised within the communities.

The perpetrator, together with her mother were taken to jail. “I have not seen my mother since,” Alisaati says.

Unfortunately Alisaati was already three months pregnant at the time of rescue. She was ill and malnourished too. With support from the District Probation Office, Alisaati was enrolled with Faith Babies Home and Children’s village, a home for abandoned and vulnerable children. This is now her home. It is also through her new guardians that she acquired an education scholarship which will enable her continue with her studies to achieve her dream. She feels safe here and is ready to move on with her life.

Just like many other young girls who marry young, Alisaati had a very difficult pregnancy. With preeclampsia at six months, a sexually transmitted disease and a rush all over her body, the young girl endured a lot and was uncertain about her life and that of the baby. Fortunately, with enormous support from the health workers, Alisaati gave birth to a baby boy who she named Peter Muwanguzi – Muwanguzi meaning ‘he overcame.’ “If I had stayed in my marriage I think I would have died, she says softly.

She has since returned to school, at a nearby school close to her home. This enables her return during breaks to breastfeed, feed and occasionally play with her baby. In the evening before her revision, Alisaati pledges to support his son through school so he can get a good job. “I want him to become a doctor so that he can treat me quickly when I fall sick,” she says this with a smile. This is one of the few rare moments Alisaati is seen smiling – when talking about his son and when chatting with her best friend Zahara Otana.

Alisaati enjoys school and is determined to become a teacher one day. She also wants to perfect her English speaking because teachers need to be fluent in English. “When I finish, I will tell all parents to educate girls, counsel them, ensure they complete school and get jobs for a better future.” 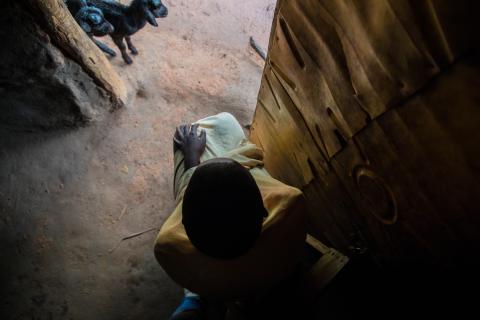 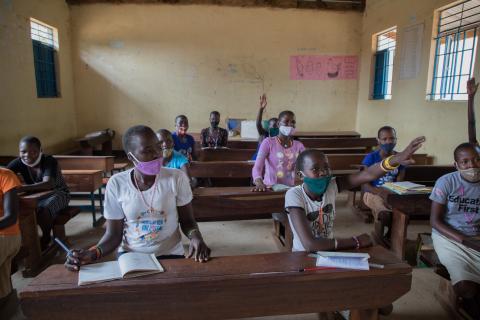 Parents 'cutting' girls in gardens due to school closures

"FGM in Amudat District is bigger than COVID-19" 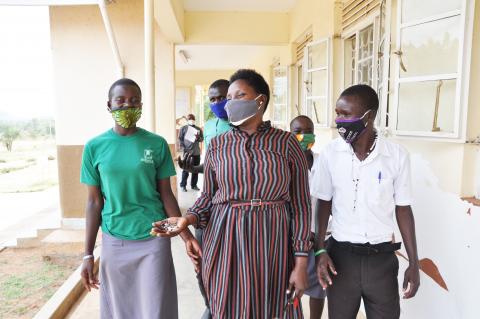 Grandmas determined to send their daughters back to school

The grandmothers are easily the most potent fighters in the war to save the girls from early marriage, 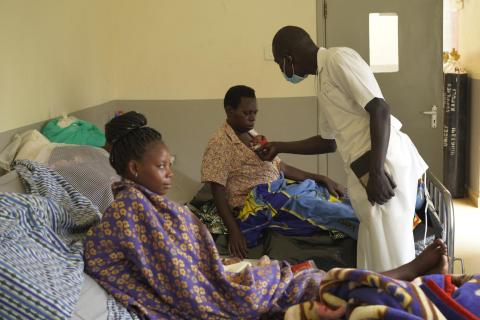 COVID-19 did not deter UNICEF actions in western Uganda

Reaching children with critical services despite the pandemic